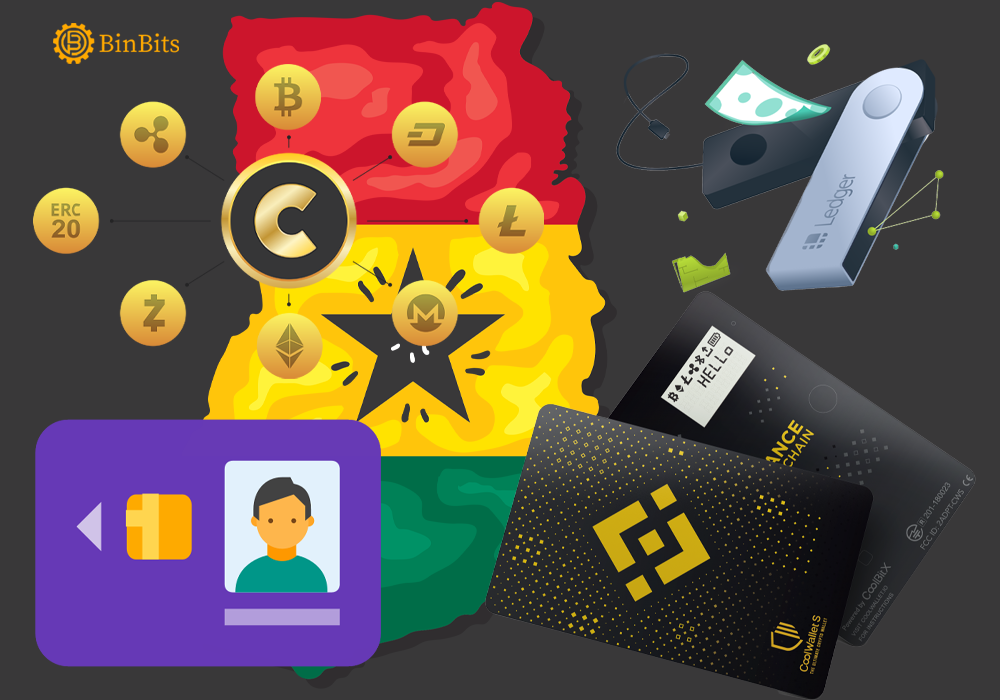 Inclusiveness is seemingly the topmost priority for The Central Bank of Ghana as it finalizes plans to roll out its digital currency, the e-Cedi. And according to a design paper that was released on Tuesday, the bank will be looking to bring the currency, even to the unbanked citizens and those without internet access.

In line with the plans of Ghana’s apex bank to make e-Cedi adoption as seamless as possible, it says the e-Cedi will support the use of hardware wallets and other devices such as smart cards.

Per data from Statista, nearly 43% of Ghana’s population have no access to a bank account to date. And because of these unbanked lot, the central bank is proposing the issuance of offline wallet devices, or smart cards even. However, thats not all.

The offline functionality of the digital currency has also considered the rural population who have little or no internet access. And going by a 2019 study by the World Bank, 53% of Ghanaians were using the internet. That is, about 47% of the Ghanaian population have limited access to the internet. But with the central bank’s proposed offline wallet devices, smart cards, and even smart wristbands, offline peer-to-peer transactions will now be made possible.

However, the bank also says that a smartphone and a banking app would be the ideal way to use the e-Cedi. And like most parts of the world, mobile and card-based payments are the most common methods of transacting in Ghana. Therefore, the e-Cedi will only be an addition to existing digital payment networks.

Global Interest in CBDCs On The Rise

Ghana had first revealed its e-Cedi plans in 2021 as part of its efforts towards digitizing the economy and reducing corruption. But so have several developed and developing economies too. In fact, its close neighbor Nigeria also launched its digital currency e-Naira late last year. And according to the Atlantic Council, more than 10 other African nations are also looking at developing CBDCs.

China also launched its own digital currency, the digital yuan, on January 4, 2022. Although, the launch was made necessary because of the government’s ban on crypto mining. Furthermore, China needed to come up with an alternative way to facilitate transactions ahead of the Beijing Winter Olympic Games.

Meanwhile, Ghana’s e-Cedi system is being developed by German payments firm Giesecke+Devrient. And is expected to rollout any time from now.

Why some Africans are scared of the Crypto boom

Why CBDC won’t Stand a Chance Against Crypto