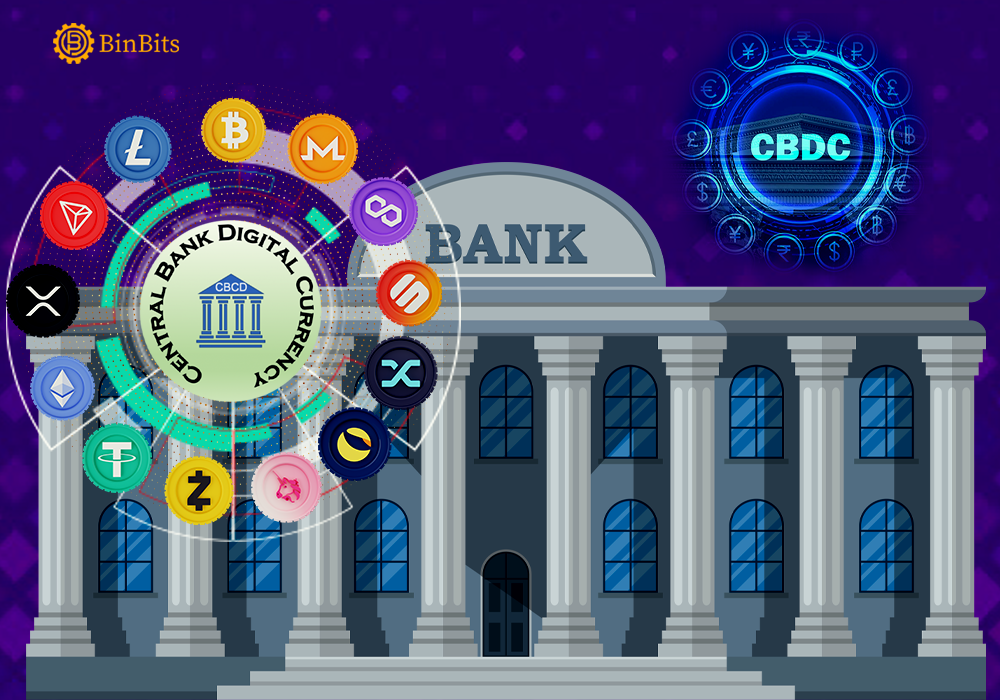 Why CBDC won’t Stand a Chance Against Crypto

The Central Bank Digital Currency (CBDC) is relatively different from cryptocurrency, or any token running on the blockchain system. It’s a virtual prototype of existing Fiats. Cryptocurrencies are entirely decentralized due to blockchain technology, with no direct regulatory body. The CBDC is regulated by the central bank issuing it, thus subjecting it to the value of its mother Fiat.

Before the emergence of cryptocurrency, the virtual version of Fiat isn’t in existence or come under debate for the introduction. In recent development, countries are gradually building a virtual type of their currency, in a bid to strengthen it and build value. This move is a calculated one – people are gradually enjoying the ease that flows with mobile transactions. The comfort that comes with earning and exchanging digital currency like cryptocurrency is gradually making it into humans hearts. It has remarkably contributed to the development and acceptance of cryptocurrency around the globe. Thus, making it a harbinger of light for Central Banks to thread the path of inventing digital versions of their fiats.

Introduction of CBDC to rival crypto

Additionally, countries are hoping to rival cryptocurrency with their digital currency. Late last year, Nigeria announced an indefinite ban on cryptocurrency but subsequently launched the eNaira a few months later. And it was to serve as a means of exchange and store for value. It claimed to pose good payment opportunities in retail dealings compared to the regular Naira. The launching witnessed a setback after its wallet application suffered damaging feedback from users. Infamously ending its journey before it even started.

Moreso, the United States and India are planning to lunch eDollar and eRupee later on. Should we say the failure of eNaira is indeed a prophecy for the future that awaits the two digital currencies? At this stage, it’s glaring that digital versions of fiat are likely to struggle due to its distinctive centralised structure.

It’s easy for people to embrace and exchange cryptocurrency due to its decentralized system. Crypto is void of a regulatory body that restricts its operations to confinement. No organization determines its border or scope, making it easy for people to acquire it from different parts of the world.

Why eVersions of fiat won’t stand a chance against crypto

First, opportunities in cryptocurrency are not limited to exchanges and values. The industry has remarkably grown bigger beyond mere human comprehension. It has noticeably touched notable industries of the international economy. Crypto can brag of its influence in the gaming industry, filmmaking, health, politics, real estate, shopping, transportation and others. It’s influence spans across borders of nations and continents. It covers the earth and even Mars!

However, while the craze of the digital version of fiat continues to heat up the finance world. Cryptocurrency still stands tall and continue to retain its strong stand against any form of intimidation. Not even in the face of heavy taxation or an eVersion of Fiat. Cryptocurrency has overtly proven that it’s more than a currency, and it is now all over the globe. It’s not just a medium of exchange, as cryptocurrency owners can earn and invest in the increasing opportunities in the world of crypto.

Lastly, the increasing emergence of various eVersions will choke their survival in the global market. Countries will share sentiments of backing their own CBDC, dividing loyalty among investors. While loyalty is being divided, crypto will continue to expand its divulgence into notable industries. Thus, giving it wider acceptability against CBDC’s.