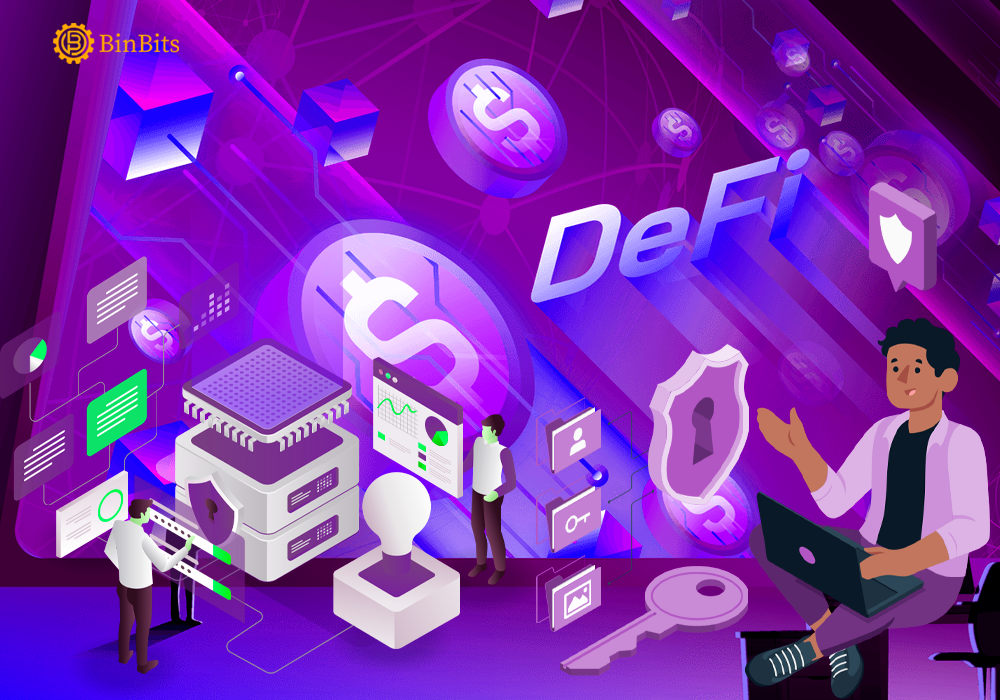 DeFi protocols, vulnerabilities and how to avoid them

Today, varieties of DeFi protocols are materializing to provide alternatives to the traditional banking system. Defi which stands for Decentralized Finance depends on stablecoins and other virtual assets, like DAI or USDC and Ethereum, running as a mechanism for developers to initiate peer-to-peer experiences for their users.

As of now, the protocol has continued to enjoy enormous patronage and the trust of millions of users. According to a new research, the aggregate value locked in Defi increased from $601 million in 2020 to $239 billion this year. However, as the DeFi market continues to grow, its risks or vulnerabilities to exploitations grow with it. With this article, users shall understand the factors which make DeFi protocols vulnerable and the measures to forestall such occurrences.

DeFi protocols have over time served as an enabler of massive crypto adoption and processes. The project usually fosters peer-to-peer transactions, using cryptocurrencies and smart contracts to offer financial services to users without going through banks. Aided by a blockchain, the protocol offers series of services, including lending, derivatives, and peer-to-peer trading. Now, the most widely used DeFi protocols are digital currencies and tokens, wallets, DeFi mining, Yield farming, staking, lending, and a host of others. Despite the prospects associated with the protocol, it still endures issues which include lack of data, compliance failure, and exploitations.

DeFi exploitation or hacking as the focus of this article usually manifests in numerous ways. One of such ways is an error arising from coding. Over time, DeFi protocols have become vulnerable to exploitations owing to coding mistakes or errors by its team of developers. In most cases, the developer of such vulnerable protocol might not be proficient in coding operations and thus make avoidable errors which in turn put the securities of the project at risk. More so, code errors, sometimes, usually occur from recklessness in security audits by developers of the project. Unfortunately, users of such protocols usually count their losses from the implication of this shortcoming.

According to reports, over $900 million has been lost to exploitations, occasioned by security errors, with over 120 projects affected. In 2018, Bancor protocol suffered exploitation occasioned by coding vulnerabilities. This thus resulted in a loss of over $23.5 million. Regrettably, this is just one of the many of such exploitations that have greeted the industry.

Sometimes, the vulnerabilities of DeFi protocol tend to also manifest through smart card logic. This however means that the entire smart card infrastructure becomes vulnerable owing to poor arbitration function moderation. In the case of the Harvest exploitation for instance, the attackers having noticed the smart card vulnerabilities compromised the value of stablecoins on Curve.fi protocol. As reported few years ago, the attacker consequently traded about $10 USDC for USDT to boost the value. Afterward, the attacker proceeded to trade the funds on Harvest for fUSDT. With this, the scammer withdrew more funds from the pool than the deposit made. According to reports, Harvest lost about $24 million stablecoin to the exploitation.

Loss of privacy keys remains another threat capable of condemning Defi protocols to series of exploitations. Private keys are those codes put in place by the owner of the project to safeguard it. So, recklessness on the part of wallet users over their privacy keys for instance tends to expose the wallets to exploitations and possible loss of funds.

How to reduce DeFi vulnerabilities

More so, the use of metric monitoring tools to easily expose malicious transactions on the project remains sacrosanct. These tools, most times indicate potential exploitation of the project noticeable via an unprecedented spike in pool funds. Also, project developers need to subscribe to existing solution programs. One of those programs, identified as zk-SNARKS for instance possesses a feature that allows the deployment of provers and verifiers to reduce risk vulnerabilities.

The most important of all has to do with putting together a team of experienced and proficient developers for your project. The presence of experts who understands the peculiarities of DeFi risks remains vital in making the project immune to exploitations.