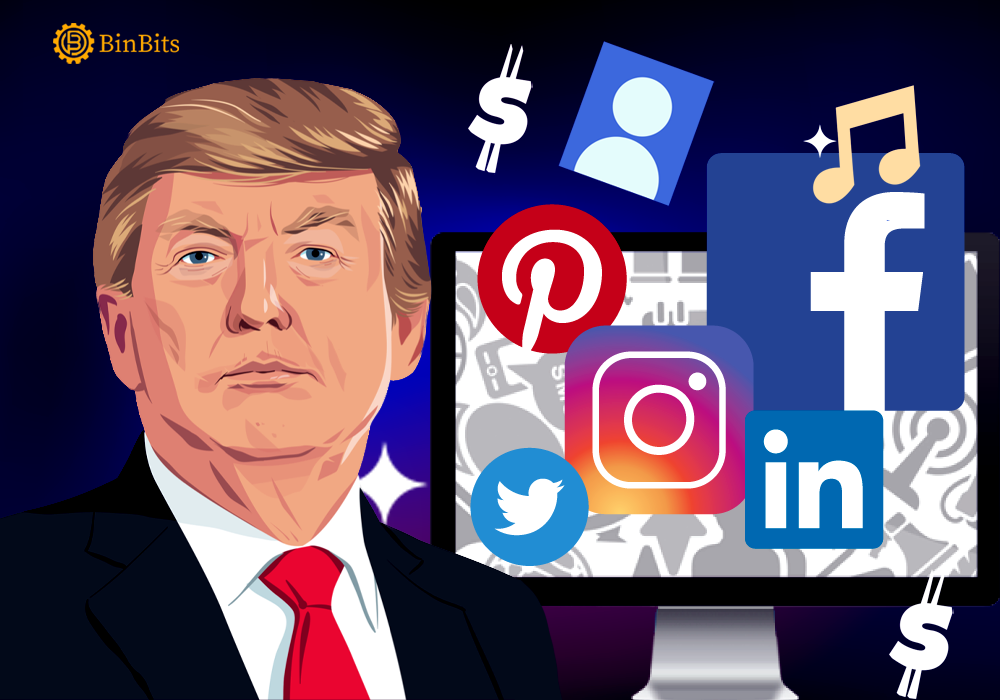 On Wednesday, social media platform Parler officially announced the launch of its new Solana NFT marketplace, DeepRedSky. According to the announcement, the first collection, which is dubbed “Official CryptoTrump Club,” is dedicated to the former U.S. president.

Meanwhile, DeepRedSky has confirmed that each CryptoTRUMP is unique, with images of former President Donald Trump in different settings. However, out of the 10,000 NFT collection, 250 are said to be extremely rare NFTs.

Speaking about the launch, Sam Lipoff, Parler CTO, confirms that the platform will certainly be playing host to a wide variety of NFTs in the months ahead. However, he says while Parler is more than happy to host political discourse, the team wants to move beyond politics.

Lipoff also admitted that the Parler site of today is truly heavily political. He then added:

“But I think, beginning in the next few months, you’ll see a variety of NFTs that we would call both partisan and non-partisan, and we hope that diversifies the audience a little bit.”

Will Trump Really Appeal To The Crypto Community?

To an extent it may be understandable, why a high-profile public figure like Donald Trump is being used in the latest Solana NFT project. But it is also a risky take, considering how polarizing a figure Trump is, particularly with crypto audiences.

Recall that in 2021, Trump shared his negative view on cryptocurrencies in an interview. Trump said:

“Bitcoin just seems like a scam. I don’t like it because it’s another currency competing against the dollar.”

Meanwhile, it has somewhat become a growing trend for online platforms to integrate non-fungible tokens NFTs into their user experience. For instance, the likes of Twitter and subscription-site OnlyFans already allow verified NFT profiles.

But Parler CTO Sam Lipoff insists that the case is different with DeepRedSky, who is not in anyway following anyone.

“Let me be clear that we are not trying to copy Twitter, in any way,” Lipoff says. Lipoff explained further about what sets Parler aside from the rest saying;

“Part of our pitch to creators is that we’re a free speech platform that is not going to demonetize you or kick you off if you say something that violates orthodoxy,” Lipoff says. “We also want to provide additional creative features for creators to be able to not only reach different audiences but be able to monetize.”

One might also notice, that it is easy to confuse DeepRedSky with Twitter’s decentralized social media platform project, “bluesky.” However, they are two entirely different projects

DeepRedSky is the latest Solana NFT project that Parler is getting involved with. Before now, the platform had also featured former First Lady of the United States Melania Trump.