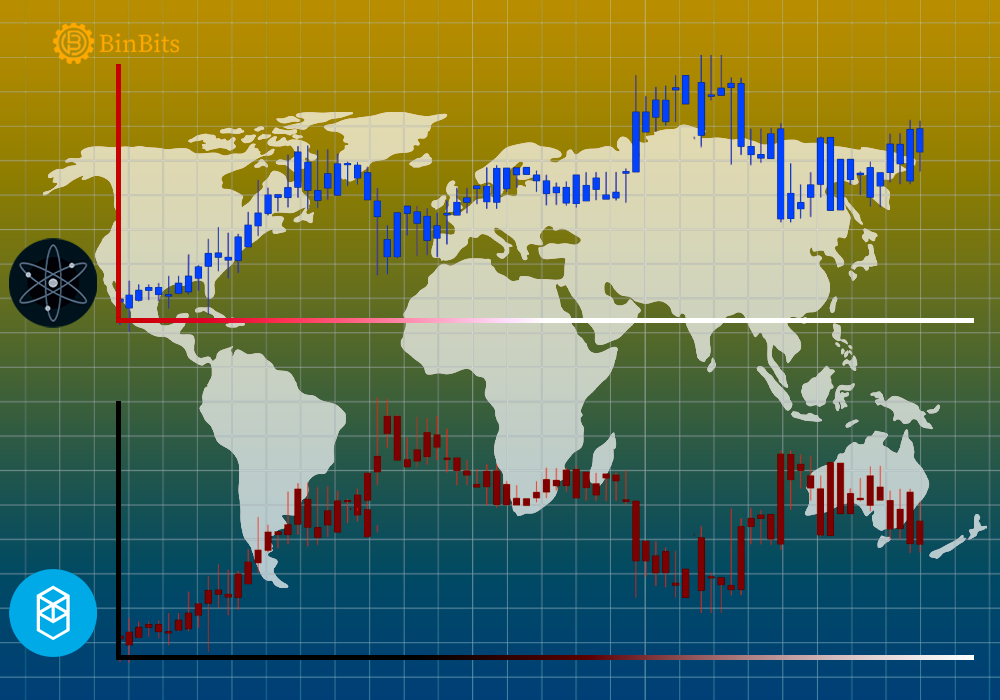 Bitcoin’s prices elevated from the current level and it has boosted prices of other major altcoins in the market. In the last 24 hours, many altcoins displayed bearish price action. FANTOM and COSMOS on the other hand remained quite optimistic during the same time frame.

ATOM’s price movement has majorly seen northbound movement ever since December 20. At press time, the token had successfully registered a multi-month high. FANTOM also steadily increased in the past couple of weeks, it was priced at $3.01 at the time of writing.

Overnight the coin gained double digits with prices 12.20% higher compared to yesterday. In regards to the same FTM logged a 36.20% ROI in the past week. The price of the token was depicting range-bound movement throughout the past week. Fantom was trading between $2.51 and $2.12 price levels respectively.

In the last 24 hours, FTM broke over its long-standing resistance line of $2.51. This indicated strong bullish price action. This price reversal occurred as buyers preceded sellers in the market.

On the four-hour chart price of FTM was above the 20-SMA line denoting that buying pressure dictated the price momentum. Correspondingly, the Relative Strength Index shot past the 80-mark signifying excess buying pressure at the time of writing.

The Directional Movement Index was positive with the +DI line over the -DI line. ADX line moved upwards signalling a strengthening market trend at press time. The Awesome Oscillator resonated with the bulls in the market as the indicator portrayed amplified green histograms in the past 24 hours.

Immediate resistance for the coin stood at $3.12 while the support line rested at $2.12. In case of a major price pullback, it could be anticipated that FTM would first trade near the $1.82 price level and fail to trade above which, it would fall to $1.37.

COSMOS was trading within an ascending channel in the past couple of weeks. The coin had started to trade outside the channel but had managed to hold itself above the $34.40 support line ever since 1st January.

The token also brought home a milestone after trading at a multi-week high of $42.33 with immediate resistance at $43.77. Buying pressure hovered within the overvalued territory, giving the bulls an upper hand. The price of ATOM moved in a robust northbound trajectory.

If buyers in the market sustained prices at the $40 price mark, then the coin could attempt to break through the following resistance mark. The price of COSMOS was above the 20-SMA line indicating that buyers were the price-takers of the market.

Directional Movement Index displayed a heavy chance of COSMOS breaking its overhead resistance as the ADX was placed above the 40-level. The Directional movement Index preferred the bulls at the time of writing.

Chances of a price reversal cannot be ruled out in the case of which the first support level was at $34.40 following which the coin would trade between $32.16 and $28.13 respectively.