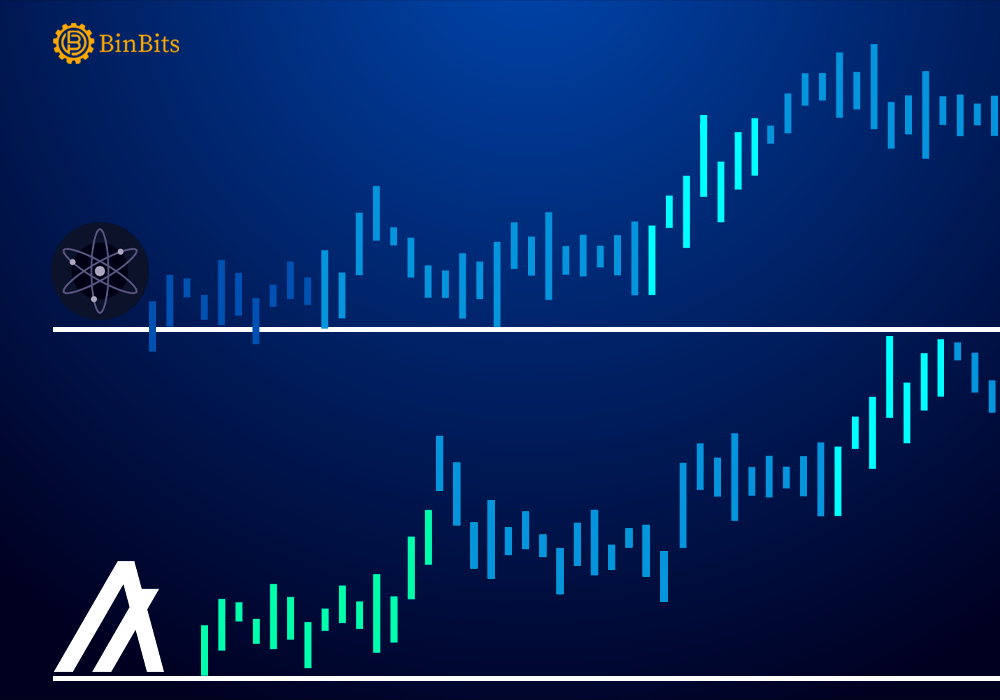 The cryptocurrency market registered signs of recovery at the time of writing, many altcoins also made attempts to climb on their charts. Algorand and ATOM (COSMOS) performed impressively as they logged in gains of over 13% in the last 24 hours.

Algorand had broken over its overhead price resistance and was eyeing its next price ceiling. ATOM’s technicals painted a robust bullish price action on its 4-hour charts. Here are the vital trading levels for Algorand and ATOM (COSMOS).

The price action of Algorand saw a substantial hike overnight. It appreciated by 18.2% and the coin was priced at $1.67. Continued push from the buyers could help ALGO to topple over the $1.70 price mark.

In case ALGO falls prey to yet another sell-off that occurred two days back then its support level rested at $1.46. In the last week, ALGO brought home a 24.2% return on its ROI.

The price of the altcoin stood far up and above the 20-SMA line, which is indicative of the increasing buying strength in the market. At press time, buyers drove the price momentum of the market.

In correspondence to the same, the Relative Strength Index (RSI) was about to touch the 75-mark as buyers were excess in number. The Awesome Oscillator (AO) affirmed the bullish market momentum with green histograms above its half-line.

ATOM was priced at $29.25 after it managed to sustain over the $26.03 support line. Over the past day, the coin surged 13.7%. The technical outlook indicated that ATOM could register a 20% hike over the upcoming trading sessions.

On its 4-hour chart, the 50-SMA line (yellow) had just crossed over the 20-SMA (red) which is indicative of a bullish price run.

If the price momentum remains constant, then ATOM could target to trade near the $32.10 price level.

The chances of a price pullback although remains bleak, cannot be ruled out, in such an event, support rested at $26.03. Additional support levels were at $22.39 and $20.27.

The indicators had signalled at positive price action. The Relative Strength Index (RSI) had climbed above the half-line as buyers re-entered the market.

Parabolic SAR’S (SAR) dotted lines were underneath the price candlestick which indicated a bullish price movement in the market.