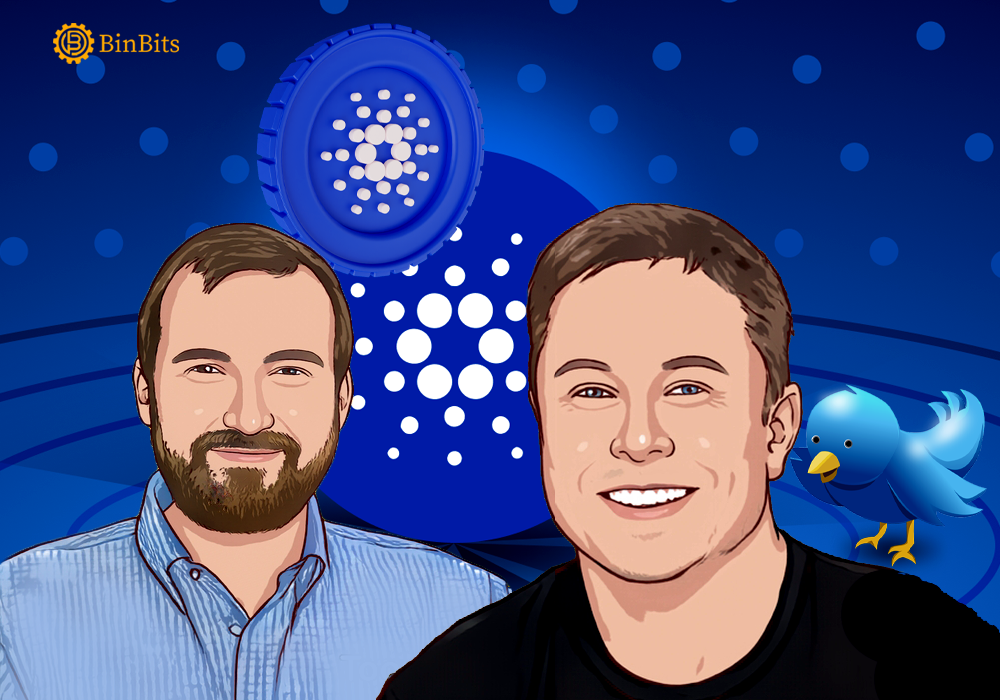 Cardano (ADA) Founder Offers Alternative Twitter To Elon Musk, But How Truly Dentralized Is The Offer?

The founder of Cardano (ADA) and CEO of IOG, Charles Hoskinson has offered Elon Musk an “alternative Twitter” platform, in case the Twitter takeover plans don’t work out for the Tesla CEO.

Social media has been abuzz, following Elon Musk revealing his intent to buy Twitter and privatize the platform. However, there are indications that the plans of the Tesla CEO might fall through. First off, there’s news that the board of directors at Twitter may have no interest selling to Musk. Furthermore, only a few hours after Musk’s proposal, Tron Founder Justin Sun also proposed a competitive counteroffer for Twitter. Interestingly, Sun outbid Musk’s earlier offer of $54.20 per share by proposing to buy at $60 per share.

How Truly Decentralized Is Hoskinson’s Offer?

According to Charles Hoskinson, he is more than willing to help Musk build an alternative social media platform, that will be truly decentralized. Explaining even further, Hoskinson stated that the platform he’s proposing, would be “cross-chain”, and would support Bitcoin, Doge, and Cardano by default.

But then, limiting the would-be platform to just three blockchains does not exactly depict a truly decentralized social media experience. Does it? Also, it’s not clear yet whether the proposed platform would be censorship-resistant, just as Musk has always clamored for.

So, it remains to be seen whether Musk would take up the offer of the Cardano (ADA) founder.

Meanwhile, Musk might not be alone with his thoughts of decentralizing Twitter, and his other reservations about the platform. Interestingly, the CEO and founder of FTX exchange, Sam Bankman-Fried SBF also shares his sentiments, particularly about decentralization and making the platform censorship-resistant.

According to SBF, the platform could allow users to post encrypted tweets on-chain. He also added that tweets may be monetized either by micro-fees, or the user interface (UI).

But whatever might be the case, monetization would be a brilliant addition to the platform.