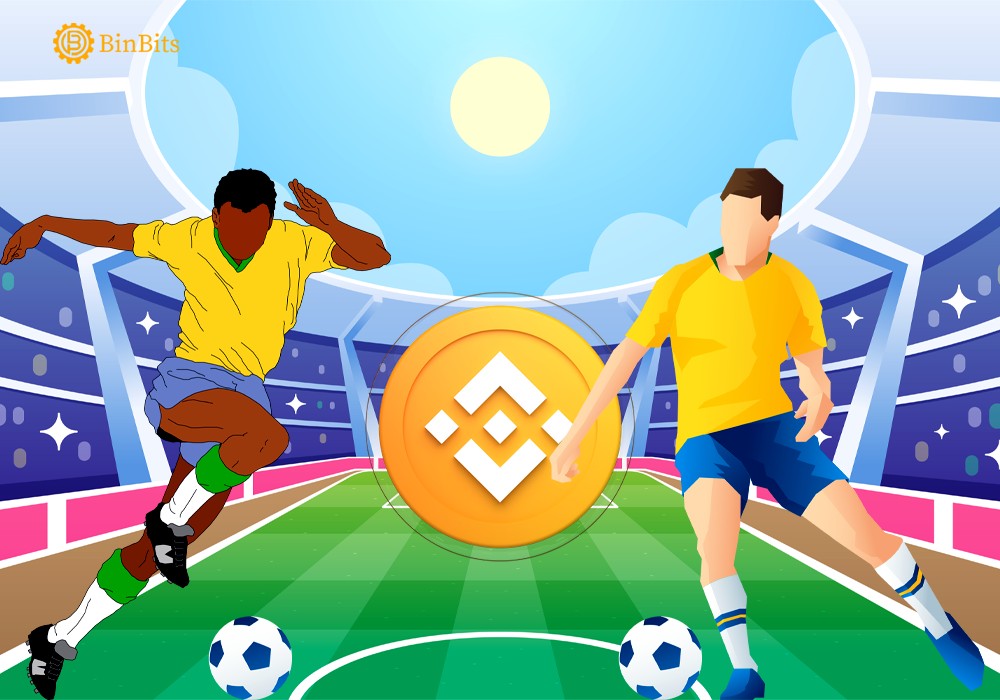 A leading cryptocurrency exchange, identified as Binance, recently announced plans to become the latest sponsor for Brazilian Football federation. Binance made this announcement in a Twitter post relayed on Monday. As reported, the sponsorship entails Brasileirao Assai, Brasileirao female Neoenergia, Brasileirao Female A-2 and Brasileirao A-3.

Also, the Brazilian Football Federation partnership with the crypto exchange tends to subsist for three years. As reported, the pact entails a coalition of Binance’s brand to the matches. In addition, the partnership grossly instills an avenue for the creation of virtual assets, identified as Fan Tokens. The tokens, however, become used to offer interactivity and benefits, to NFTs, including other projects.


In a recent post by Brazilian Football Federation, enterprises tend to alter the digital and tech ecosystem. With this, Football fans all over the country potentially contribute to Fan tokens and NFTs. The new partnership grossly emerges as a great and innovative step. The CBF’s Marketing and commercial director, identified as Lorenzo Perales illustrated the trend as a strategic partnership. According to him, Brazilian footballing fans possess the capacity to connect with the competition.

Furthermore, the Binance CEO, Changpeng Zhao, described sport as an important driver for participation in society. Zhao noted that due to football’s connection with Brazil’s identity and culture, Binance’s affiliation with CBF remains significant to broadening crypto adoption. The CEO further that it is important to create a positive influence for users, crypto, and blockchain communities.

Similarly, an aspect of Binance plans to develop the Brazilian market. The crypto exchange announced a memorandum of the understanding contract signed in March. The memorandum personified Binance’s interest in obtaining Simpaul investments. This emerges as an exchange authorized by Brazil’s central bank. Accordingly, a successful agreement between the two bodies mandates authorization from regulatory authorities including Brazil’s central bank.

Binance as a benefactor to the sporting industry

Recall that Binance had earlier financed Paulistao Sicredi and Santos Futebol Clube. Also, it had shown its support for the international sports scene. Among its numerous benefactors are the African biggest football event, the African cup of Nations, and the European football teams, Porto and Lazio. It further includes a partnership with an F-1 team identified as Alpine.