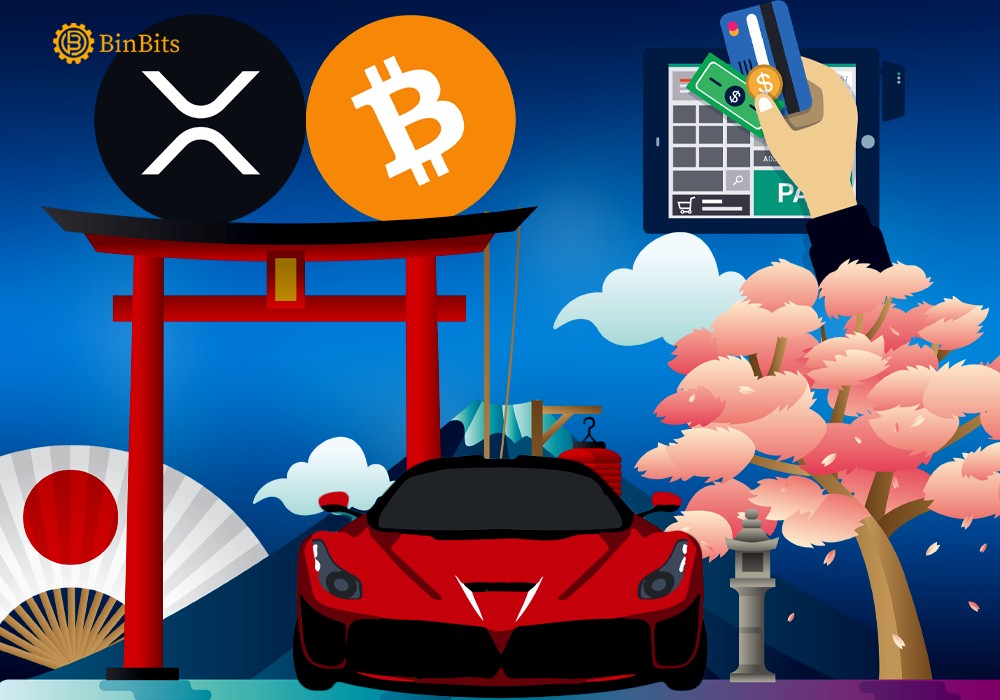 SBI Motor Japan, which is in the business of exporting used cars, has announced that it now supports crypto payments. According to the announcement, the company has added support for Bitcoin (BTC) as well as XRP, as settlement options.

Furthermore, the Tokyo-based car exporting company also mentioned that payments will be made via SBI VC Trade — crypto trading arm of SBI Group. But it remains to be seen, whether or not the company will also add support for other crypto assets in the near future. There are reports however, albeit unconfirmed, that SBI Africa will still add support for many more crypto assets.

Meanwhile, in March, the company established its first African office in Tanzania. But that was merely in line with its aim of expanding its reach across the world.

However, business is not all that the company is actually focused on. Away from doing business, SBI Motor Japan also has its eyes set on driving crypto adoption in the African region. And how else can this be achieved, than by making decisions such as this.

By adding BTC and XRP payment options, SBI Motor will be able to appeal to the younger generation. And as is well known, this is a generation that’s already taken so much into cryptocurrency. Additionally, the crypto payment option will also expose a great number of users to the crypto space. Whereas, those users probably wouldn’t have seen the light, but for big platforms like this, shining light on the industry.

Although, it’s noteworthy that global trends show an undeniable rise in the adoption of crypto. Just as more businesses are adding support for digital assets, private individuals are also diversifying their portfolios.

Regardless of this however, the influence that top companies like SBI Motor can wield in crypto adoption, can not be overemphasized.

Meanwhile, in an almost unrelated news, another subsidiary of the financial giant SBI Group, Morningstar has shared news that it has now extended its XRP benefit program.