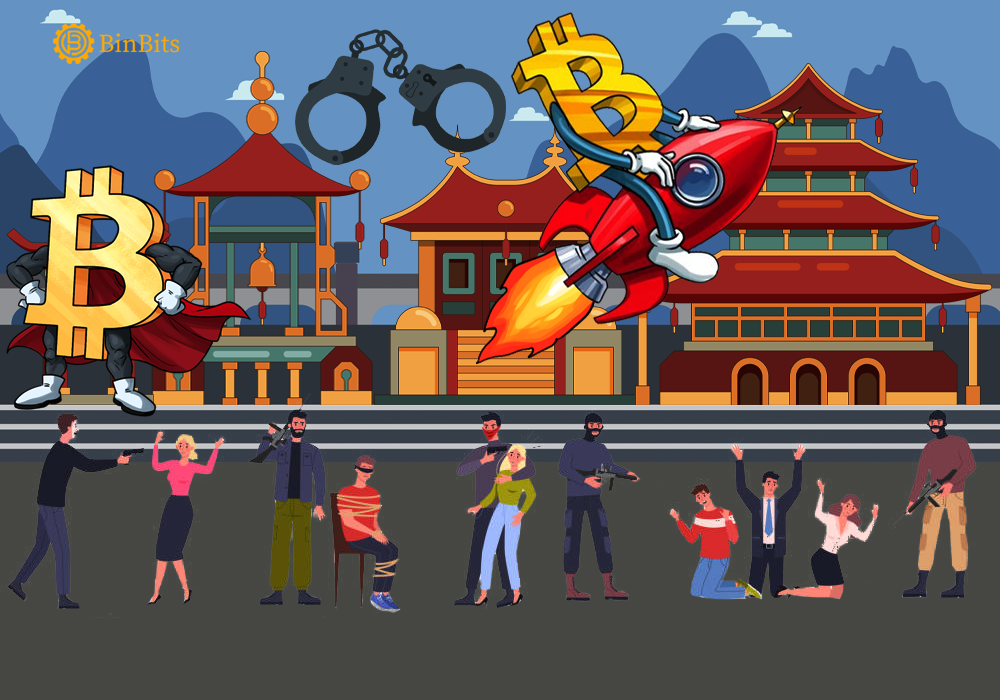 The Chinese government has imprisoned kidnappers who demanded Bitcoin ransom from their victims. The kidnappers who are Chinese incur the wrath of the law for kidnapping someone and demanded hundreds of Bitcoin as ransom. According to report, the abduction initially unfolded in the neighboring country, the Philippines. The robust relationship between China and Philippines ensured they face trial in China. Moreover, this finally led to the charge and sentencing of the culprits.

Furthermore, Due to the nature of their respective roles towards carrying out the act. The severity of the punishment of these kidnappers differ. For instance, Liu and Zhang, two of these kidnappers bagged a jail term of eight and twelve years each. While the other two culprits Cong and Jia, landed a life imprisonment sentence respectively.

According to the Chinese Embassy in the Philippines, the kidnapers requested $3.1million worth of BTC from their prey, Su. They insisted that he must pay the ransom in Bitcoin before regaining his freedom to avoid suspicion. The Bitcoin Ransom equals up to 20 million Yuan, which is relatively unaffordable for the victim. Nevertheless, the kidnapper actually got more than what they demanded with the jail terms despite committing the offense in the Philippines a few years back.

Additionally, The Chinese Embassy in the Philippines played an outstanding role in ensuring that the culprits face the full wrath of the law. The Embassy supported Law enforcement agencies in the Philippines to search thoroughly for the abductors. Upon nailing them down, the Embassy echoed the warning of the Chinese government that it won’t accommodate corrupt citizens. The Embassy further encourages Chinese Citizens to be law-abiding wherever they are.

Pointers to the loopholes of Cryptocurrency

The foregoing is indeed a pointer to one of the major debates surrounding Crypto and blockchain technology. The kidnappers requested Ransom in Bitcoin due to its Universality and liberal ideology.

However, there are global doubts about how Cryptocurrency can resist money laundering. Countries around the globe have resorted to establishing a stern framework to watch over the industry. Despite the tireless effort the industry has shown little or no resistance to that effect. Thus, leaving the industry amidst controversial issues and regulations.