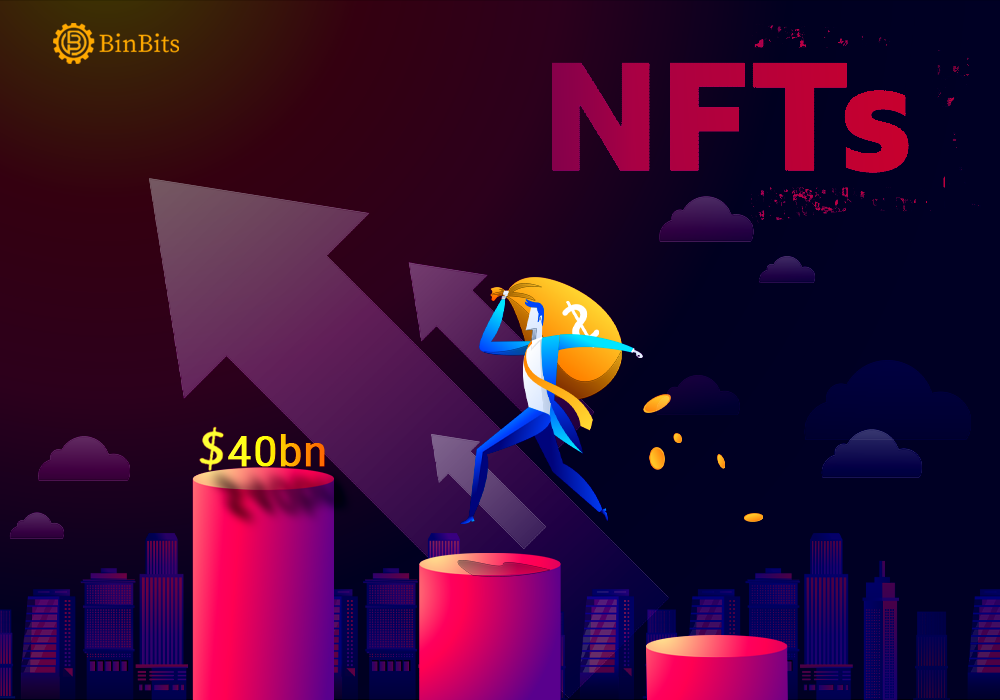 It was the beginning of 2021 and the world was struggling with the pandemic in its worst form. Most of us were still unaware of Non-Fungible Tokens or NFTs.

But as lockdown extended in several parts of the world we were bound within our homes. Thus we got more time to spend online and got to know about multiple developments going on digitally. One of the emerging developments was the acceleration of the NFTs technology. More startups came up this year in this arena than all the previous years combined.

NFTs came into being at the end of 2015. But by the end of this year, nearly $41bn had been spent on NFTs, according to the latest data. Thus, it makes the market for digital artwork and collectibles almost as valuable as the global art market.

“This year witnessed the nft market explode from a sub-billion dollar market to a multi-decabillion industry. Buyers a re rushing to uncover art that aligns with their digital identities.”

From Actors, Politicians, Sillicon valley Elites, Rappers to Olympians, Celebrity NFTs are the new talk of the town.

In April this year, Paris Hilton collaborated with designer Blake Kathryn and created a series that featured three unique digital art pieces. They were as titled “Hummingbird in My Metaverse,” “Legend of Love,” and “Iconic Crypto Queen”. By April 2021, Hilton sold the entire collection for just over a million dollars. Furthermore, she has introduced two new real-life pets, “Crypto Hilton” and “Ether Reum,” which are an ode to Hilton’s NFTs obsession.

Also, the popular rapper Snoop Dog is a well-praised commentator of the NFT world. In late March 2021, he announced his first NFT collection. It was titled “A Journey with the Dogg,”. It is the culmination of the rapper’s early memories which combine with the medium of NFTs. The collection included eight pieces available in limited quantities, including the original track “NFT,” “Snoop Doge Coins,” and “Deez Nuts,”. As the NFTs dropped onto the mainstream, Snoop Dogg earned over $100,000 for just one of the pieces sold.

You may well recognize some big names in the NFT marketplace like CryptoPunks and Bored Ape Yacht Club. They denote the clubby status of their owners and as they use them as avatars on social media profiles.

“THe core value is still exclusivity. tHEY ARE COUNTRY CLUB-ESQUE: THERE IS HIGH BARRIER TO ENTRY-A CAPITAL COST-AND YOU ARE HIGH NET WORTH AND OTHER INDIVIDUALS”

Throughout the year NFTs made news headlines regularly as some of them were sold in millions. It ranges from Crypto punk’s #5217 digital art which was sold for $5.59 million to the recent Paks ‘The Merge’, exchanged for a whopping $ 91.8 million. The Merge was sold to almost 30,000 collectors making it the most expensive NFTs ever sold.

Another worthwhile mention would be Beeple’s artwork,’ Everydays: the First 5000 Days’. It is essentially a collage of 5000 pieces of his work starting from 2007. The Beeple artwork has high respect within the community as it’s sale value was $69.3 million.

According to a report by Chainalysis, a total of $40.9bn was poured into the Ethereum blockchain contracts, used to create NFTs this year as of December 15. The total transaction would be higher if it includes the NFTs minted on other blockchains such as Solana. It is rapidly on its way to overtake the global art market which was worth $50.1 bn.

As of November, about 360,000 NFT owners are holding 2.7m NFTs starting from February this year. Of those, only 9 percent holds 80 percent of the value of the market, according to Chainalysis.

“many whales are people sitting on hundreds of millions of dollars of crypto from the boom in crypto prices, looking to turn their crypto into more crypto”

The NFT marketplace is still in its initial years. Most new NFT collectors on the secondary market have yet to recoup the costs of their purchases, according to an analysis for the FT by blockchain analysis platform Nansen. According to reports, early collectors have enjoyed benefits from a rise in the price of the NFTs as well as in the cryptocurrency used to trade in them.