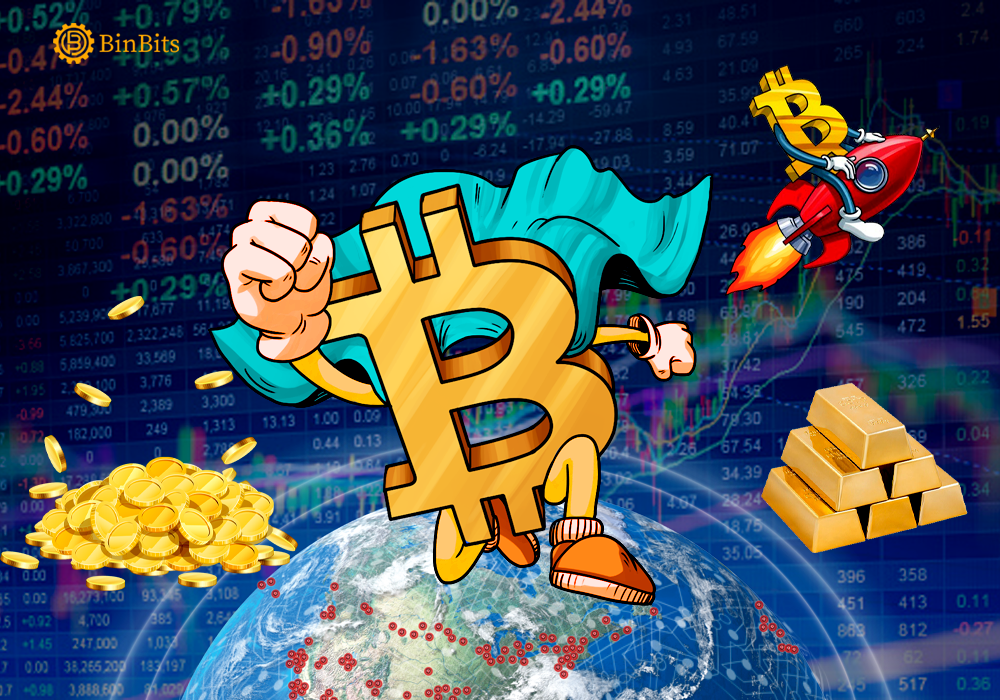 The Swiss SIX stock exchange has now listed the world’s very first exchange-traded product (ETP), which offers a combined exposure to both Bitcoin (BTC) and gold. But according to the Financial Times, it took the collaborative effort of both 21Shares — an ETP issuer, and ByteTree Asset Management to develop the product.

Interestingly, the ETP which is titled ‘BOLD’, will be tracking a customized index made up of Bitcoin and gold. However, the volatility of the two assets will determine their weighting. That is, whichever of the two, that has been less volatile over the last 360 days, will take the higher weighting. So, it might be understandable that at launch, the weighting of the BOLD ETP will be 18.5% Bitcoin, and 81.5% gold.

But in all, the major aim of the developers of the BOLD ETP is to protect against inflation. And how can they do this? Simply, by offering an optimised less-risky exposure to both bitcoin and gold at a proportion that’s inversely related to the amount of risk that each carries.

Meanwhile, the co-founder and CEO of 21Shares, Hany Rashwan has commented on the launch. He said:

This hybrid product combines the traditional value of gold with the promising return rates of bitcoin, which is considered by many as the new gold.

First of Its Kind

Undoubtedly, crypto ETPs are fast becoming a trend all over Europe. In fact, more than 70 have been listed on the Swiss SIX Stock exchange as at press time. However, it seems that BOLD may be the first and only one so far, to combine bitcoin and gold exposure.

For so long, Bitcoin has often been compared to gold for a simple reason. And that is the fact that many also see the asset as an hedge against inflation. However, a product like BOLD which combines the benefits of both assets, and reduce their risks like that, is bound to grow even more popular among investors. Even more so, in this period, when inflation in Europe just hit 7.5% in March.

Meanwhile, in early April, 21Shares also launched a sandbox ETP, the 21Shares The Sandbox ETP (SAND). That product offers exposure to the metaverse.