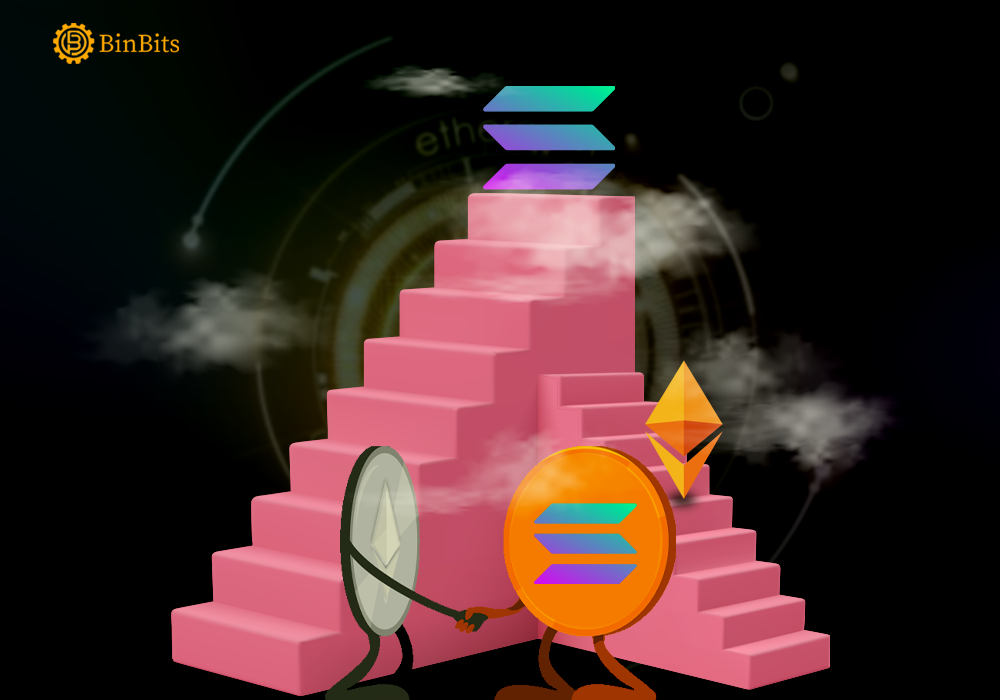 It is no longer news that ethereum ($ETH) remains one of the largest digital currencies in the crypto world. This feat manifested owing to a rise in the market values of the digital coin. However, prevalent indices currently show ethereum despite the recorded prospects may lose its market value to Solana ($SOL).

Even though ethereum remains an influential blockchain platform, the accelerated speed, and efficiency at which Solana seizes market share from ethereum is overwhelming. Currently, the coin (ethereum) remains second to bitcoin, owing to the wide acceptance of its network. The report confirms over 3000 projects enveloped in the blockchain of ethereum. However, sustaining that pace proves almost impossible, especially with the presence of other alternative coins.

Firstly, the big factor predicted to affect the prospects of Ethereum revolves around its slow network and inflated gas fees. This has reportedly compelled many investors to subscribe to another alternative, identified as Solana. Motley Fool reports that Solana received robust embracement by the crypto community, recording more than 12000% this year. The aforesaid indices, however, portray Solana to be a better investment blockchain in 2022.

As it stands, Solana is not as popular as Ethereum yet, but will surely overtake the ethereum blockchain if it fails to address its deficiencies. Solana network was unpopular since its creation in 2017 until last year when it recorded a market cap of $54 million on coinbase. This, however, pushed the coin to the fourth position of the most popular cryptocurrencies in the world.

In a bid to further analyze the potentiality of Solana to overtake the Ethereum blockchain, it becomes necessary to compare the network of both coins. As things stand, the Solana network allows as many as 50,000 transactions per second while ethereum allows less. Reports reveal its blockchain network remains limited to 20-30 transactions per second. This, consequently prone its users to huge gas payments as opposed to $0.00025 paid for Solana network transactions.

The big transaction fee associated with Ethereum network compelled small investors to dump the coin for Solana, which accommodate better transaction rates within a second. In addition, Solana is more characterized by scalability and easy usage. This, however, makes it possess the tendency to be more useful in the future than Ethereum.

In a Business Insider report, JPMorgan experts, having examined the recent trends of Ethereum, confirm the fall of the blockchain. According to them, Ethereum’s share of NFT trading reduced from 95% to 80% in early 2021. This, however, materialized due to the increasing gas transaction fee on its blockchain network.

Another strategist as reported by CryptoGlobe predicts the emergence of Solana as the “visa” of the digital currencies community. Even though this prediction is promising, the reality remains the possibility of its manifestation lies on the level of apps relayed to its network. If developers brings more decentralized projects to Solana blockchain, it could truly boost the long value of the coin.