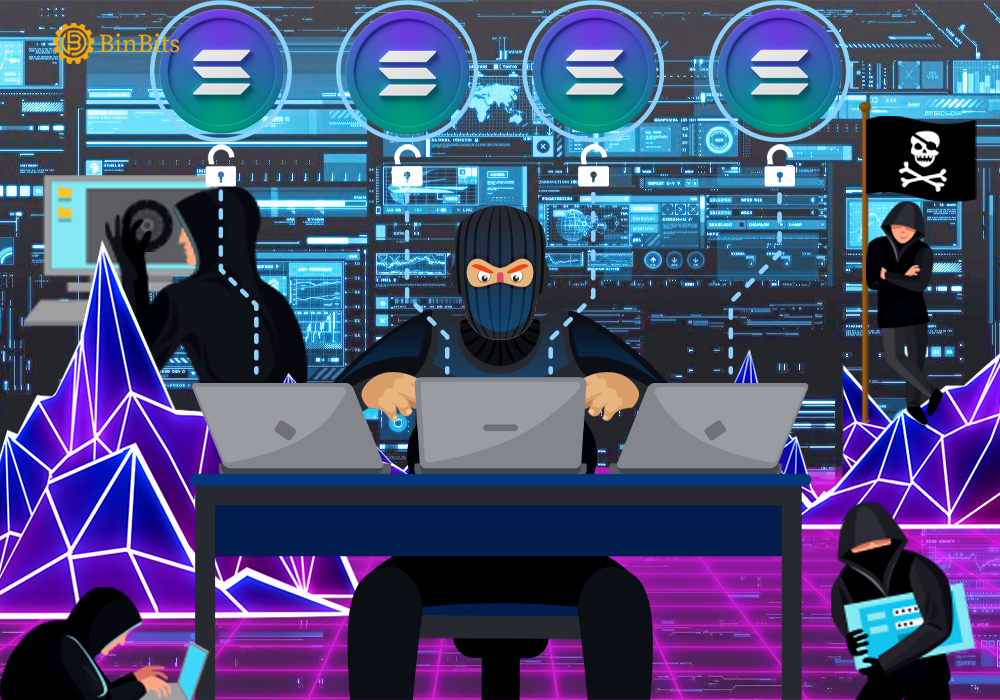 Barely 24 hours after the Nomad bridge hack on Tuesday, the Solana hack is the latest of one too many exploits ravaging the crypto industry. According to reports from multiple users on the Solana network, their funds have been drained without their consent. In fact, no less than 8,000 internet-connected “hot” wallets have been compromised in the hack so far. The hot wallets that were hit include Phantom, TrustWallet, and Slope.

Source of attack yet to be pinpointed

Meanwhile, some addresses on the Solana network have been linked to the hack. According to blockchain auditors Otter Sec, each address has suddenly amassed different Solana-based tokens that are worth over $5 million. Probably not just a mere coincidence.

Phantom, one of the largest Solana hot wallets has also issued a statement in line with the situation. It said:

“We are evaluating the incident impacting Solana wallets and are working closely with other teams in the ecosystem to get to the bottom of this. We will issue an update once we gather more information.”

Meanwhile, earlier on, some affected users thought the Solana hack is related to transactions carried out on Magic Eden – the Solana-based NFT marketplace. However, that notion soon died down as more attacks surfaced. On its part though, Magic Eden has shared what it feels users should do to avoid the attacks. The platform shared the cautionary steps below:

Solana hack reopens debate on the security of hot wallets

Although the motive behind the recent attack on Solana network remains sketchy, it certainly has reopened the debate on how truly secure hot wallets are. Hot wallets are known to operate using internet connection. This offers its users the convenience of sending, receiving, and even storing their crypto with ease.

For those who prefer cold wallets, however, they choose security over convenience. This is because they must first plug in their USB drives into a computer to sign transactions.

For now though, reports from multiple victims are still claiming that tokens are being drained from their accounts. And notably, the exploit may have even extended beyond the Solana blockchain. This is as some users have claimed that they lost USDC on both Solana and Ethereum.

As expected, Solana’s native token SOL is down 4% in the wake of the attack.