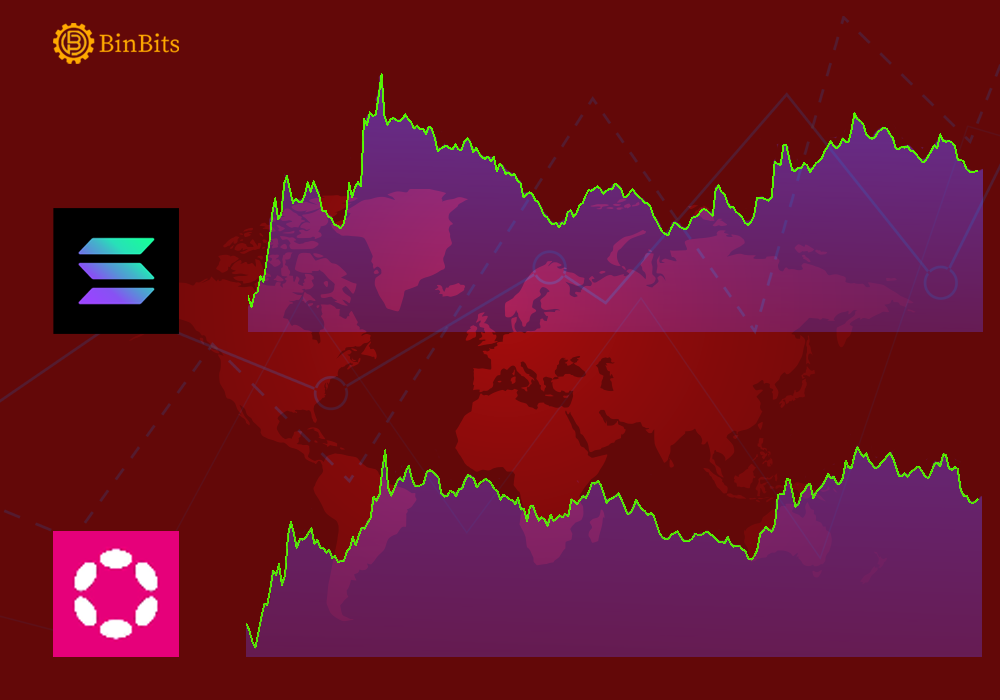 Bitcoin showed signs of recovery as the asset was priced a little over $36k at press time. Bitcoin has a ripple effect on the market, altcoins also appreciated in the last 24 hours. Solana and Polkadot both rose more than 8% at press time.

The global cryptocurrency market cap today was at $1.73 Trillion with an 8.5%positive change in the last 24 hours. Just as Bitcoin and Ethereum started to revive their prices, market capitalisation saw a rise at the time of writing.

Solana was trading at $93.20, with a resistance level at $103.12. In the last 24 hours, Solana appreciated by 8.2% and indicators reflected signs of recovery. The price of Solana was struggling to rise over the 20-SMA. If Solana manages to sustain their prices then the coin might be able to trade above the 20-SMA. Currently, however, the indicator displayed reading where sellers dominated the price action at the press time.

On Balance Volume also rose slightly, which meant the prices were recovering at the time of writing. OBV was still negative as selling pressure was considerably high at press time. The Relative Strength Index was below the half-line indicating that sellers outnumbered buyers in the market.

Directional Market Index also remained negative as -DI was over the +DI line. Average Directional Index was quite high up which meant that the current trend had gained strengthened.

Polkadot was priced at $18.63 with a price ceiling at $23.13. The coin had been struggling to move past over the $30k mark. DOT was above the 20-SMA line, which signalled that buyers were flowing back into the market.

The Relative Strength Index was below the half-line after noting a minor uptick which signified a price recovery at the time of writing.

The Directional Movement Index was positive as +DI was above the -DI line, which meant that buying strength was building in the market. ADX was above the 40-mark which signified strength in the market at press time. Awesome Oscillator displayed green signal bars which indicated price revival on charts.