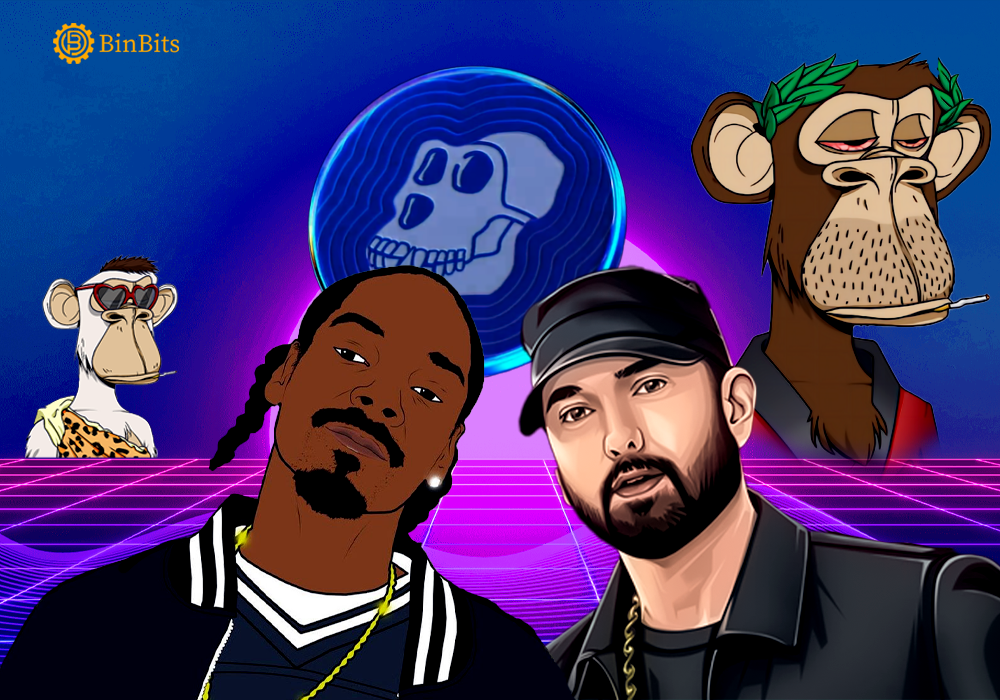 Iconic music artists, Snoop Dogg and Eminem are set to launch a music video in which the duo appeared as Bored Apes. A tweet from award-winning rapper, Eminem confirmed the potential release of the video. According to the post, Eminem revealed the artwork of the music video, which is in form of a comical illustration.

In the artwork, Snoop Dogg and Eminem appeared as comical Apes which demonstrated their involvement in the Bored Ape Yacht Club (BAYC). Subsequently, the grammy winner uploaded commercials of the clip in another tweet. The song titled “From The D 2 The LBC” comes off the collaboration with the BAYC and it is produced by 1st AMENDMENT.

Additionally, glimpses of the song first gained public attention at the Ape Fest 2022. The song strongly promotes the hometown (Detroit and Long Beach) of the two rappers. In the video, the duo were seen heavily ditching out lyrical content that represent their beginning. While performing their respective parts of the songs, Both Eminem and Snoop Dogg appeared as Bored Ape characters.

Furthermore, The two stars are popular in the NFTs sphere as they’ve overtly advocated for the advancement of the Industry. Aside from that, both Snoop Dogg and Eminem own numerous NFT collections. Early this year, Binbits reported that Eminem purchased a Bored Ape that represents his look.

The iconic rapper spent a whopping 123.45 ether (approximately $462,000) on the piece from OpenSea. The Ape wore a brown military-style hat alongside hip-hop culture clothing. With the piece, Eminem has no fewer than 20 NFTs on the OpenSea platform, under the nomenclature of Shady_Holdings.

Snoop Dogg on the other hand, is a major investor in the MoonPay platform which has an NFT marketplace as a result of the partnership with Death Row Records of Snopp Dogg. Also, Snopp Dogg is a major supporter of the Metaverse and the rapper has held some life events on it.