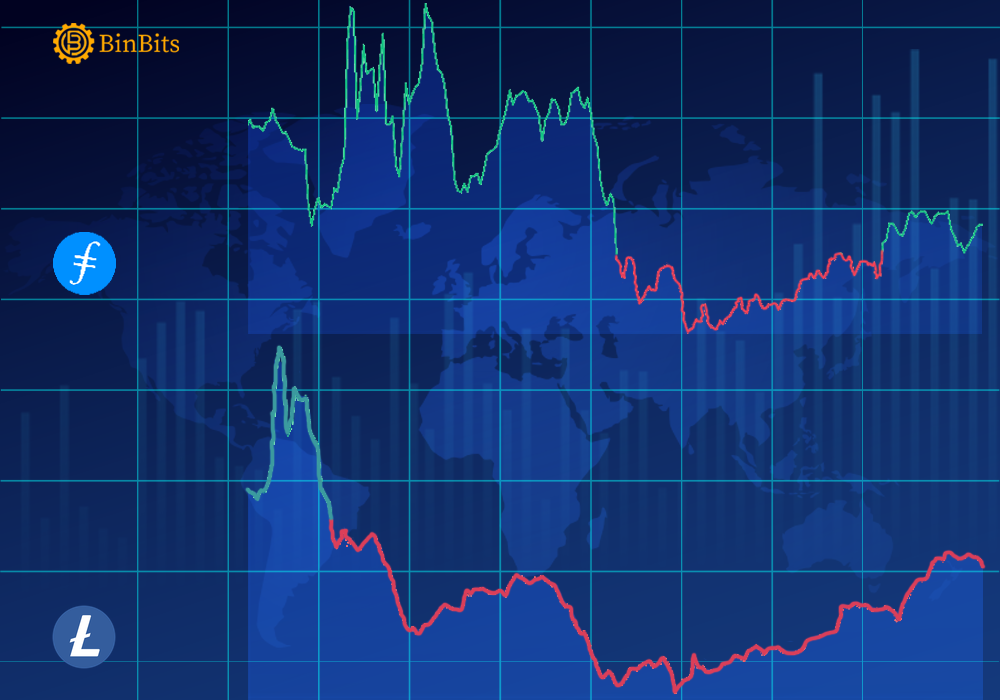 There has been over 24 hours that Bitcoin showed signs of recovery. Many altcoins have depicted northbound movement following the same sentiment. Filecoin gained about 3% at press time while Litecoin’s price action was negative. LTC lost about 4% of its market value over the last 24 hours.

In the last week, LTC and FIL both had a choppy week like other major altcoins. Both the coins lost over 20% and the coins were struggling to recover from the bloodbath. Although Filecoin was positive it wasn’t enough to say FIL would remain positive over the upcoming trading sessions.

On Balance Volume was weak despite a slight uptick in the indicator, this reading meant that the buying pressure in the market was considerably less. The Relative Strength Index was below the half-life which affirmed that buying pressure was low.

Chaikin Money Flow was positive as the indicator was seen above the half line and the indicator noted an uptick which signalled that capital inflows were greater that outflows at the time of writing.

Filecoin was priced at $19.96 as it gained close to 3% at press time. The immediate support level for the coin was at $18. Overhead resistance for the coin stood at $24.19 and the other resistance stood at $30.53. On the four hour chart FIL was slightly above the 20-SMA line which meant that buyers were in charge of the price momentum.

On Balance Volume was quite weak as the indicator was sloping downwards at press time. The Relative Strength Index was above the half line which meant sellers had started to settle down in the market. Aroon was negative as Aroon down was parked above Aroon Up at the time of writing.