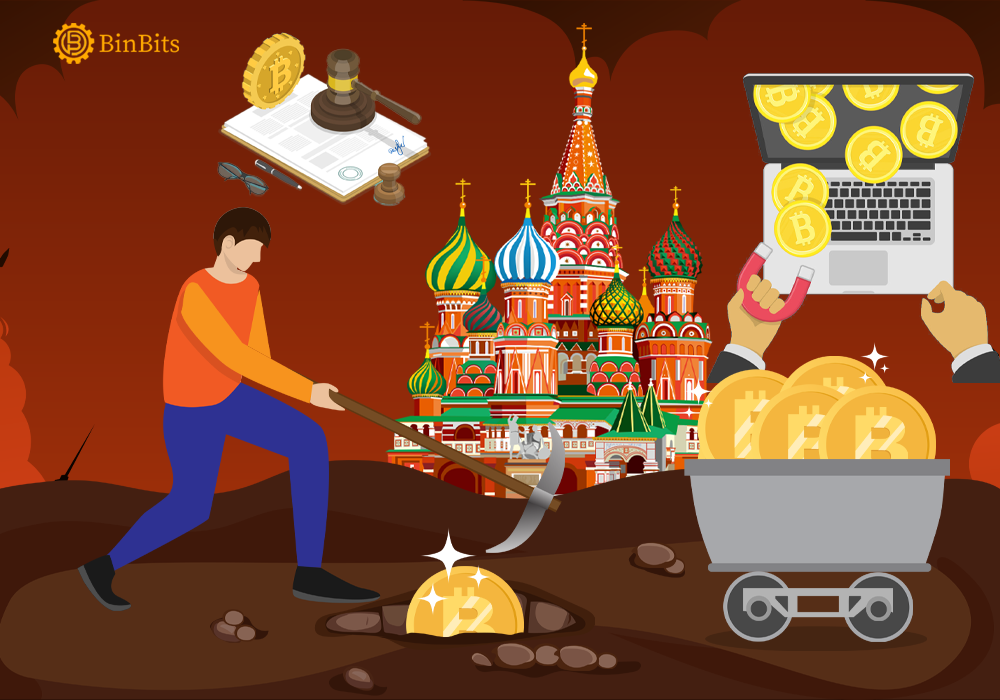 Deputy Minister for Energy in Russia, Evgeny Grabchak has urged the country to explore the possibility of the Legalization of Crypto mining. The minister made this call due to the absence of a regulatory structure for Crypto mining in Russia.

The Deputy Minister for Energy further emphasizes that establishing mining locales at strategic places will help. Grabchak explained that it will equip miners in local areas with aids that’ll ensure a smooth running of their activities. Instead of operating under the watch of the central Kremlin government, Grabchak said they should operate according to regional laws.

Situation Of Crypto in Russia before The Invasion

However, the increasing sanctions on Russia by some countries around the globe forced Russia to allow cryptocurrency transactions. The Russia Minister call for the Legalization of Crypto Mining will further confirm the fears of the U.S and E.U. There are growing concerns in the West that Russia is likely to use Cryptocurrency to evade the hammering sanctions.

More so, last week, a member of the lower legislative chamber of Russia, Pavel Zavalny made a call on Crypto. He urged Kremlin to use Bitcoin and the Ruble as a means of exchange while trading with non-hostile countries.

Lastly, The effectiveness of the call by the Russia Deputy Minister for energy is yet unknown. Nevertheless, Russia will be looking at every possibility at the moment to minimize the effect of the sanctions on its economy. And Cryptocurrency could be vital for the country to sustain its economy.