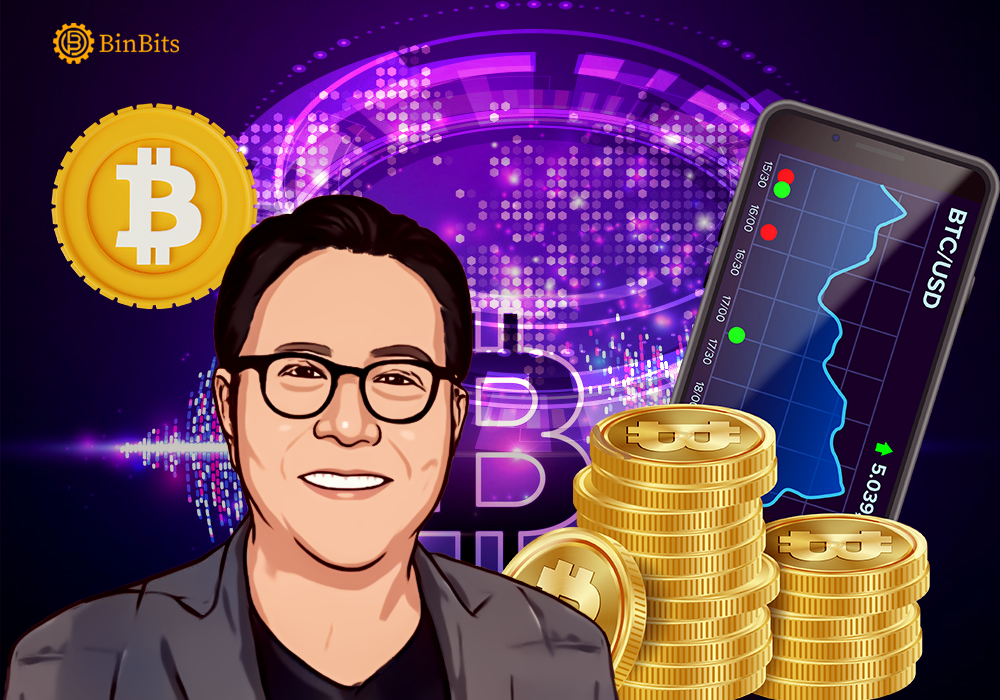 Robert Kiyosaki Will Buy More Bitcoin if the Price Tests $20000

Renowned investor and popular writer on personal finance, who authored the best-selling “Rich Dad, Poor Dad” book on financial literacy, Robert Kiyosaki, has taken to Twitter to express his views on the recent Bitcoin collapse to the $35,000 level.

According to Kiyosaki, it is great news that the Bitcoin price is going down substantially. Earlier he purchased Bitcoin when it traded at $6,000 and $9,000. Previously he also tweeted that he had also bought BTC on dips.

The “Rich Dad, Poor Dad” author expresses that he will buy more Bitcoins given that the price plummets to $20,000 level.

However, he has also referred to silver as the “best bargain today”. Giving reasons behind this he says that, the precious metal is trading 50% under its all-time high of $44.58 reached on April 26, 2011.

In a recent tweet, Kiyosaki particularly mentioned Bitcoin, gold, silver, urging the community to stock up on them.

Earlier, Kiyosaki has been warning about a major stock market crash for the last several months now.

In September last year, the author predicted a “giant stock market crash” would unfold within the next month and warned that holdings stocks would prove dangerous.

Kiyosaki later expresses in November, that he would be buying more Bitcoin and Ethereum to combat the rising inflation.

Some Bitcoin critics predicts a fall below $20000

On Saturday, big-name Bitcoin critic and CEO of Euro Pacific Capital Peter Schiff tweets about his expectations on Bitcoin. According to him, the digital currency will face a flash crash once BTC breaks below the $30,000 level. Further, he also added that the biggest digital currency may even revisit the $10,000 area.

According to him, Bitcoin may face a “serious unwinding” down to $20,000, given that, it breaks below $30,200. However, his view is that t there is plenty of liquid finance held by financial institutions looking to invest in it.

Gurbacs believes this huge amount of dry powder may go well for Bitcoin since many have missed the BTC rally from $10,000 to the $68,800 level. Putting the reasons he said that the central banks around the world have been printing a lot of cash. This may be the reason behind the current high level of inflation and lack of trust in bonds.

Gurbacs believes, that if they all jump on the Bitcoin train, the next rally may get wild. The recent tweet of Robert Kiyosaki about Bitcoin points towards that direction.