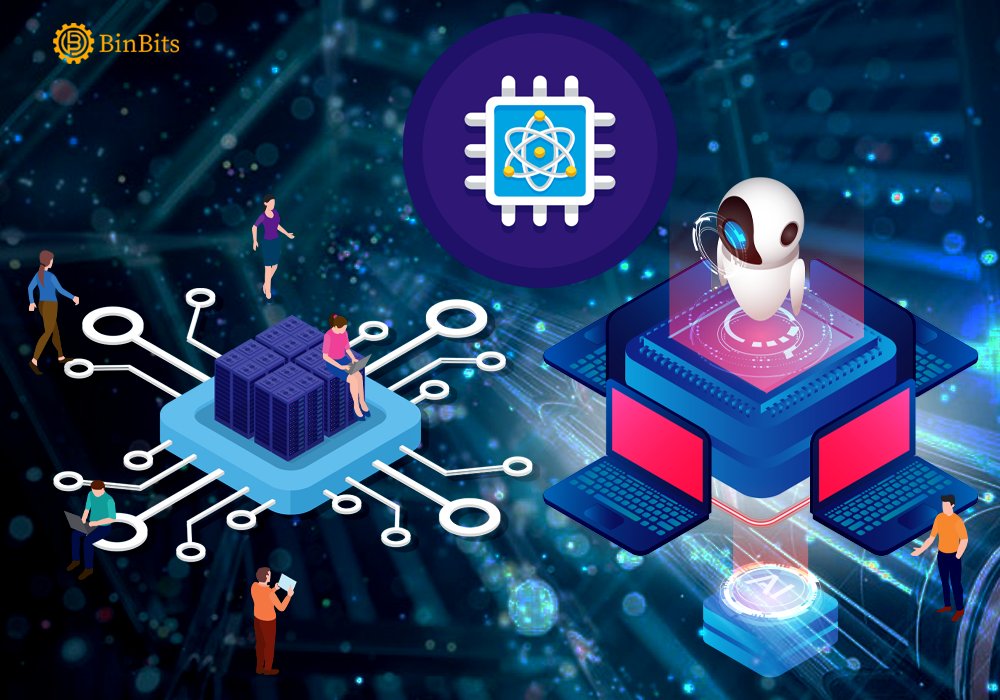 The steady, constant buzz of cryptographic algorithms drives almost everything we do online. These are the systems that encrypt data to preserve our privacy. Also, authenticate our identity, and ensure the safety of our transactions. And they function well even with today’s strongest supercomputers. It helps in cracking the encryption that the online world relies on would be a near-impossible effort. However, Supercomputers that take advantage of quantum computing physics oddities could endanger the entire arrangement.

Quantum computing is not to be confused with “quantum cryptography”.The study of using quantum mechanical phenomena to solve cryptographic problems is Quantum computing. Quantum key distribution, allows a secret cryptographic key to share between two remote parties. It ensures that any interception is reliable & recognizable.

Recently, the official test net for QANplatform’s quantum-resistant Ethereum-compatible blockchain, which is the first of its type, is available. Quantum resistance is a crucial field of research for distributed ledger technology, as exponentially stronger quantum computing poses a severe danger to public cryptography cracking.

According to a Verizon study, current security protocols in use across the industry (including for Bitcoin) state that decryption would take 10 billion years. On the other hand, a fully realized quantum computer would decrease this to less than 10 seconds.

1. Two cutting-edge technologies will revolutionize or be on a collision course

The issue is that if quantum computing develops faster than efforts to future-proof digital money. The blockchain accounting system that underlies cryptocurrencies could be subject to sophisticated attacks and faked transactions.

2. Breaking encryption affects both the present and the history

Diminishing encryption standards now is a risk not only for the future but also for the conversations and transactions that people have to protect privacy in the past. People’s trust in previous kinds of encryption would be compromised, as would the privacy they expected in the past.

Regardless of the consensus mechanism, cryptographic primitives are built into cryptocurrencies. In the case of proof-of-stake designs like the one proposed by Ethereum, a rapid alteration in encryption standards will harm the ability of proof-of-work miners or those looking to demonstrate the cryptographic proof that they’ve “earned” the right to stream transactions. The common point of vulnerability here is digital signatures, as well as the elliptic curve encryption used to safeguard private keys.

If the digital signatures are no longer legitimate, everything falls apart; anyone with access to public keys might then spend money on other people’s behalf.

However, in the face of future machines like quantum computers, existing cryptographic primitives may need to change or transition. When you get right down to it, these technologies are unsolvable mathematical problems. This is something that humans haven’t been able to figure out. For instance, how to reduce our brain’s potential for creativity while restricting memory retrieval, or a computer’s method of programmed memory retrieval. Solving these issues could result in major technological shifts.