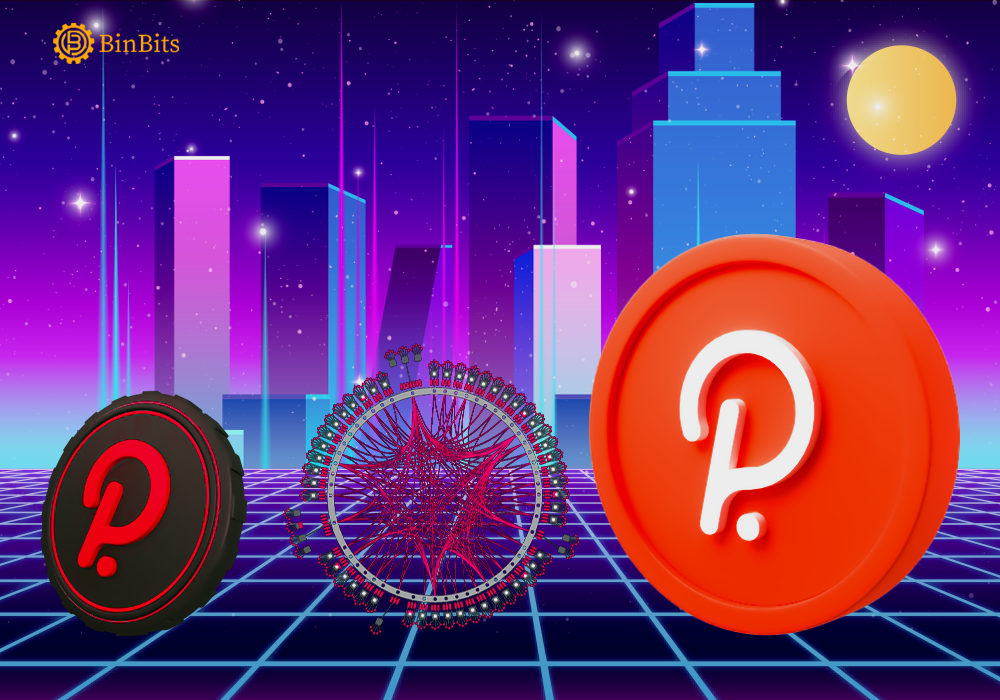 Polkadot is a next-generation blockchain protocol built to connect an entire network of ‘purpose-built’ blockchains. The goal is to allow all those blockchains to operate seamlessly together at scale. We will be talking more about the Polkadot in this Polkadot review:

The three men behind the Polkadot protocol are Dr. Gavin Wood, Robert Habermeier, Peter Czaban. You may already know Dr. Wood as he was one of the founders of Ethereum Blockchain technology.

Robert Habermeier was a part of Peter Thiel’s Fellowship program and has a research and development background in blockchains, distributed systems, and cryptography. Furthermore, he was a longtime member of the Rust community.

On the other hand, Peter is also the Technology Director of the Web3 Foundation, where he works on supporting the development of the next generation of distributed technologies. Earlier he has worked across defense, finance, and data analytics industries, working on mesh networks, distributed knowledge bases, quantitative pricing models, machine learning, and business development.

The main idea behind Polkadot lies in its interoperability. Polkadot enables cross-blockchain transfers of any sort of data or asset, not just tokens. Interoperating with Polkadot gives you access to a variety of blockchains in the Polkadot network.

Creating a custom blockchain is easier with Polkadot

You can easily create a custom blockchain in minutes using the Substrate framework of Polkadot. This allows Polkadot to grow rapidly with more parachains linking to the relay chain of Polkadot.

All the parachains share the security with each other. Polkadot focuses on building great functionality for the parachains rather than putting more burden on them.

Polkadot can be updated without hard forking to incorporate new features or fix bugs. This feature enables Polkadot to easily adapt to changes and upgrade itself as better technologies become available.

For the auction of para chain slots, you have to lock up the Dot token and wait for the auction to conclude. This may not be feasible as you have to wait while holding the volatile asset before you see whether you get your slot or not. Many developers may not have the necessary capital to do so.

One of the fascinating features of Polkadot is its high scalability. It can withstand 1,000 transactions per second. Accordingly, this is done by spreading transactions across multiple parallel blockchains.

Transactions don’t need to be processed one by one in a single chain as you can see in traditional systems. Thus, if one of the parachains faces some issue it won’t affect processing on all other blockchains. This shows the Sharded blockchain system of Polkadot.

Polkadot involves an elaborate system of check and balance, consisting of dot holders, Polkadot council Polkadot technical committee. In fact, this is supported by a minimum voting threshold that changes depending on voter turnout.

Polkadot’s development reflects the values of the community and avoids stagnation by coordinating upgrades on-chain and enacting them autonomously. Further, each parachain can form its own governance mechanism.

As you may already know that the utility token of Polkadot is Dot. It has a circulating supply of 1.1 Billion DOT coins and a total supply of 1.16 Billion. Additionally, there will be protocol inflation and rewards will be going to validators for securing the relay chain.

The DOT token serves three distinct purposes: governance, staking, and bonding. Both staking and bonding will take Dot off the market and hence reduce their circulating supply. The only factors that will impact the price are the balance of the supply and demand on the market.

Further, there will be demand for payment of fees and token staking for voting rights. Reduced supply and increase in demand are price positive.

Until now you may have known some aspects of Polkadot protocol in this review. The Polkadot protocols were built to connect other blockchains together. Polkadot is unique on its own as it is the first Protocol to bring up the Sharded Blockchain Protocol.

But Polkadot is not as composable as Ethereum. If you want to launch your own application on parachain, you would need existing functionality on some other parachains. We are still unclear of Polkadot on that aspect.

In addition to that, Polkadot may face some tough competition from other blockchains like Solana, Cardano in this bear market. With Polkadot’s ongoing parachain slot auction Solana, Cardano, Chainlink will be bringing their own projects this year. We need to keep an eye on how things unveil in the near future.

In the end, the purpose of this Polkadot review is not to give any financial advice but to instill education.