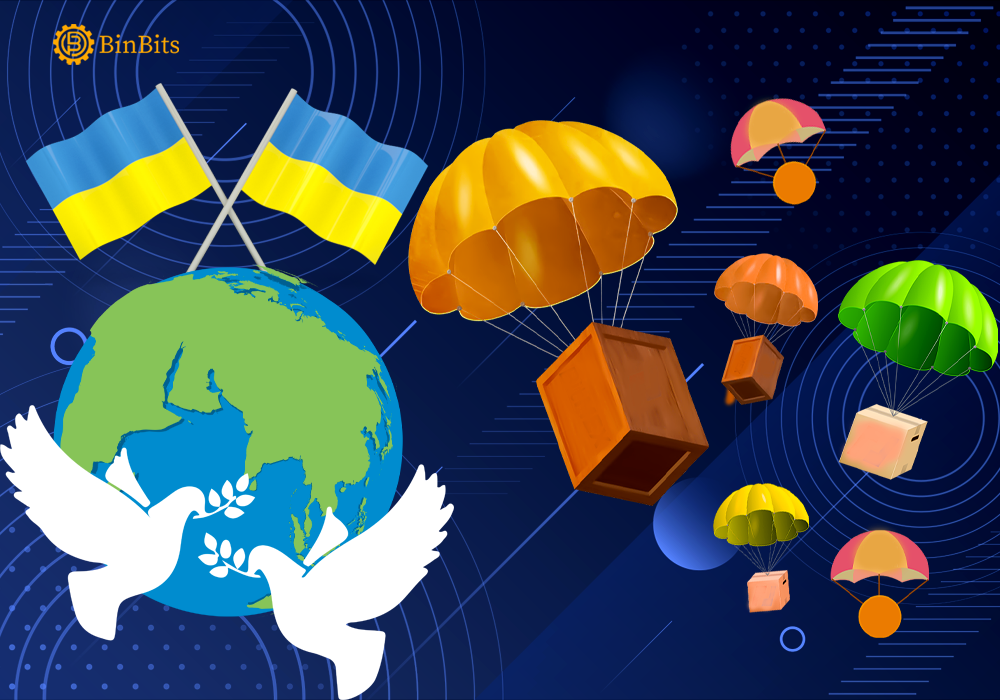 In a data released by the ethereum blockchain explorer, Etherscan, about 7 billion tokens of peaceful world tokens materialized last Wednesday at about 10:15pm UTC. Consequently, the creators sent the tokens to the address of the Ukraine’s official crypto donation wallet. Afterwards, the crypto wallet then relayed about 1 million of the peaceful world tokens to a wallet, which employed the tokens in seeding a liquidity pool on a decentralized exchange, identified as Uniswap.

About two hours after, the Ukraine’s wallet further sent 1.03 peaceful world tokens to 30 wallet addresses. These addresses, however, correspond with the 30 wallet addresses which first relayed crypto funds to the donation wallet on February 26. With this, the transactions appear as a preliminary test airdrop.

As at the time of filing this report, the Ukraine’s donation wallet, possesses 99.98% of the overall peaceful world outstanding tokens. According to the data, 0x04, Oxbc, Oxdyno.eth, Oxa2 and Binance 15 remain the first five wallets who donated to the wallet.

As reported, the donation wallet, however, airdropped 1.03 peaceful world tokens to the first 30 wallets which sent ether donations. 0x04, Oxbc, Oxdyno.eth, Oxa2, and Binance 15 constitute the first five wallets in this airdrop.

As at now, Ukraine, already amassed over $40 million as cryptocurrency donations within the periods of 5 days. The donations, came through, especially from supporters of the country’s resistance against Russia. Ukraine, on Wednesday morning tweeted “airdrop confirmed” and consequently promised to reward everyone who made crypto donations to the country.

The Country has ultimately decided to conceal details, regarding the airdrop, particularly the tokens will receive and the quantities. Now, the flirt associated with the airdrop continuously alerts micro-donations influx on the Ethereum blockchain. This, however, manifested as crypto investors seek to game the airdrop.

Furthermore, Uniswap remains a well-known blockchain in Ukraine. Recently, it received commendations from the Ukrainian Vice Prime minister, Mykhailo Fedorov. The Vice Prime Minister commended Uniswap when it included a feature to ease the swapping of cryptocurrency to ether. With the feature, donations directly to Ukraine from the funds become feasible.