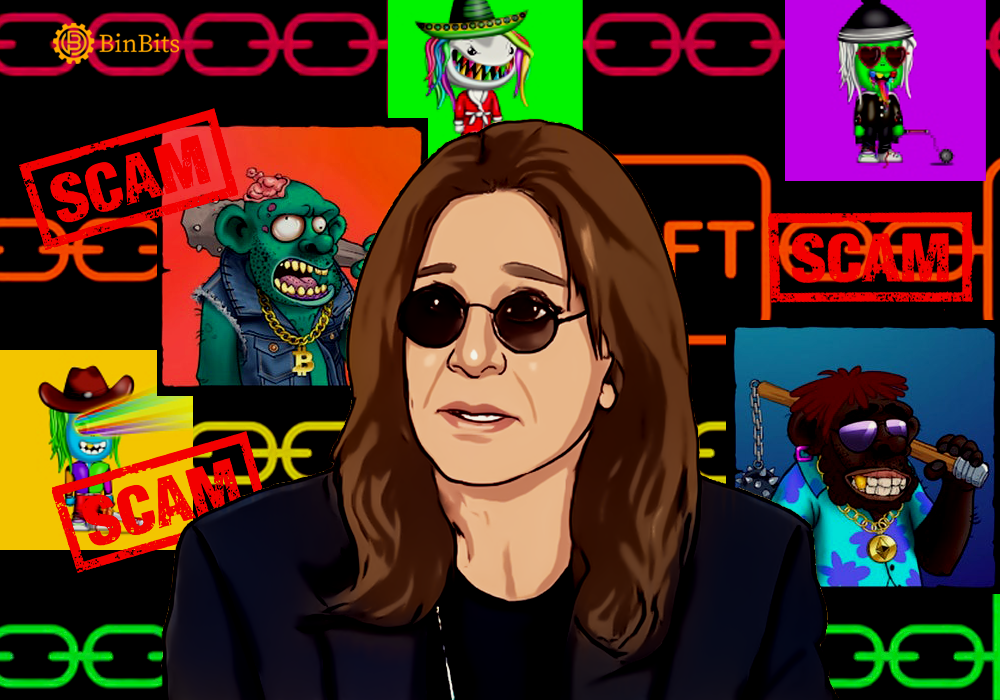 But all is not well for the buyers of Ozzy Osbourne’s NFT. Just two days after its launch, buyers are the target of a malicious phishing attack. This attack is affecting the buyers’ crypto wallets and stealing their cryptocurrencies.

Apparently, scammers are targeting the Discord Link of the NFT project. A discord server is a place to organize one’s community. Ozzy Osbourne’s Project Team changed the discord link of ‘CryptoBatz’midway.

How Did Ozzy Osbourne’s NFT Get Hacked?

Scammers took advantage of this change and set up a fake Discord server with the old link.

Unfortunately, both CrytpoBatz and Ozzy Osbourne did not delete their tweets which directed followers to the old server.

When buyers clicked on the scam link, the Discord Server had somewhere around 1,330 members. This means that 1,330 people could have been fooled into believing the scam link was authentic.

A community management service bot within the Scam Discord Server was seen asking participants to verify their crypto assets by clicking on a link.

Furthermore, the link then takes users to a phishing site where they need to connect their crypto wallet to the site.

Speaking to The Verge, Tim Silman, a buyer of Ozzy Osbourne’s NFT, said that he lost somewhere around $300-$400 in Ethereum.

Silman visited the fake discord server and the phishing link posted on the server.

Additionally, Silman claims that at least a dozen people were tweeting that their crypto wallets were being drained. Furthermore, he says that Ether scan shows that there are people who have lost more crypto than him.

An account that is said to belong to the scammer has made more than 13 Ether on January 20th. This account then sent the proceeds to another wallet with $150,000.

Buyers blame the poor management by Ozzy Osbourne’s project team for the loss. The complainants say that it is the responsibility of the team and Osbourne to remove old discord links from their accounts and tweets.

When asked about who is responsible for the hack, the developers of CryptoBatz are blaming the fake Discord server.

They said that they feel sorry for the people who have fallen prey to the scam, but they won’t take responsibility for the actions of the scammer exploiting the discord.