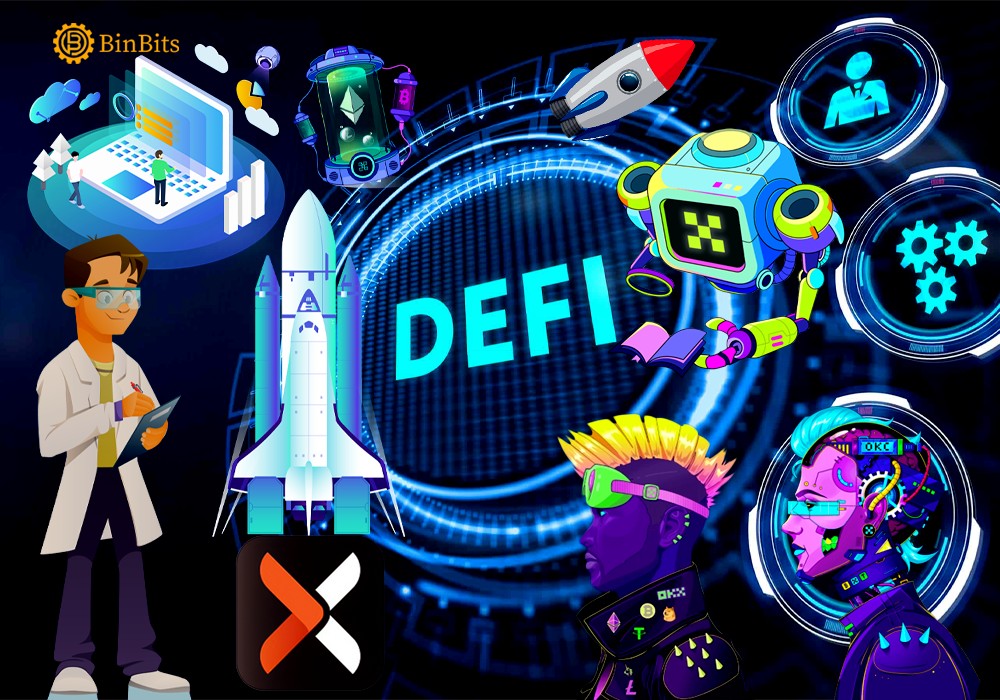 On Thursday, popular OKX chain, OKC integrated RocketX, an advanced hybrid exchange aggregator. The chain announced the development in its latest Twitter post. According to OKC, the integration will help drive the growth of its OKC DeFi, making it interoperable with Bitcoin, Ethereum, and other leading blockchains.

According to the announcement, RocketX by boosting the interoperability of OKC aims to drive the adoption and growth of DeFi. Over time, RocketX has grown and gained popularity among crypto traders. It aims to solve the issue of blockchain compatibility. Notably, the exchange aggregators allows users to easily swap cryptocurrencies between different networks, making it one of the cheapest and fastest ways to exchange crypto.

Remarkably, The OKC interoperability feature is enveloped with several benefits for crypto traders. The feature enables users to get easier access to decentralized finance (DeFi) platforms and services. This, as reported, is possible owing to the fact that interoperability allows traders to transfer value between different blockchains. Further, the feature fosters liquidity in the crypto market. This is due to the fact it allows users to seamlessly transfer their assets between different blockchains, thereby allowing traders to make more efficient and profitable trades.

Additionally, the boosting of OKC interoperability by RocketX helps to improve its security. This thus allows users to transfer their assets between different blockchains. With this, the risk of losing funds to platform-specific vulnerabilities or hacks becomes reduced. Similarly, the boosting of the interoperability enables better flexibility to trader. It alllows them to access a wider range of financial products and services. Also, the feature creates better opportunities for arbitrage and other trading strategies. Users are able to take advantage of price differences across several platforms to amass increased profits.

Worth noting that the Co-founder and CPO of RocketX, Domendra Verma reacted to the integration. The co-founder expressed the excitement of his team to bring better interoperability to OKC. Verma believes the development allows access to varieties of financial products and services, thereby driving DeFi adoption. More so, the CPO affirms the belief of RocketX in the importance of interoperability in growing the evolving DeFi ecosystem. According to Verma, the exchange plans to support leading blockchains to achieve such milestone.

Similarly, Chai Li, the head of OKC ecosystem development also reacted to the integration. According to Li, OKC focuses on true interoperability and maximized performance. The exec noted that the integration with RocketX enables its easy one-click cross-chain transaction solution to go live on OKC. This, according to Li, allows users to swiftly transfer assets between OKC and other 15 leading chains. Also, Li added that the interoperability feature will open up better flexibility, liquidity and opportunities for traders.