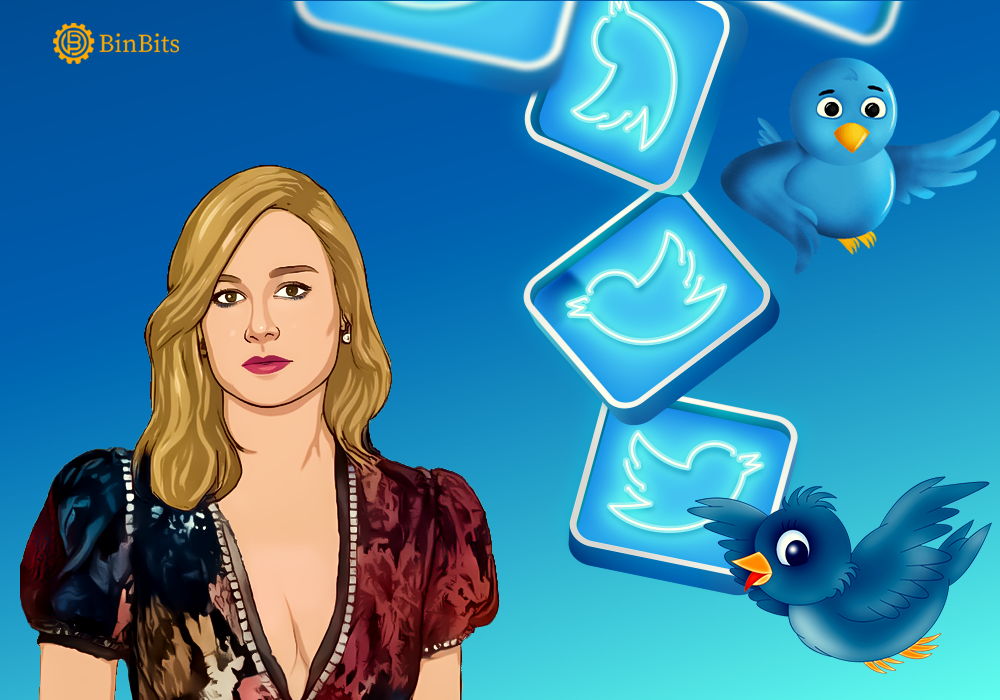 Marvel Studios star Brie Larson recently purchased an NFT and shared it on social media. However, users were not happy about her purchase.

The actress revealed that she purchased NFTs from the Flower Girls Collection on Twitter.

The Flower Girls Collection has over 10,000 NFTs. Moreover, the actress posted the NFT as her Twitter profile picture.

Non-Fungible Tokens are unique digital assets. These assets can be anything from music, digital art, videos, etc.

According to the Flower Girls account, they will be donating part of the sales to children’s charities.

Marvel fans had a lot to say about Brie Larson’s move despite this. Most of the responses have been less than warm.

Most fans were upset for two reasons: environmental issues and digital theft.

To make Non-Fungible Tokens or mine cryptocurrencies, there’s a need for tons of energy.

According to the Index, mining a single bitcoin transaction equals a month’s worth of electricity consumption of an average American household.

Some users said that digital assets are harmful to the environment on Twitter.

One user wrote, “Omg, not you too. I don’t know how many celebrities need to hear this, but- NFTs and Crypto are horrendously bad for the environment.”

Furthermore, the user adds that digital art is “Worse than the entire carbon footprint of some countries, so bad it is tearing Kazakhstan apart in civil war.”

Additionally, another user said, “Not you too. Do you not care about the environment! Do we need an intervention?”

Moreover, these emissions heat the planet. Some environmentalists have even called them “an ecological nightmare.”

Another reason fans are upset is that NFTs make digital art theft easier. They have opened the doors to increasing plagiarism.

There is always a chance that a buyer can buy a digital art piece and then post it as their own. This is because some exchange platforms do very little to verify the artwork’s authenticity.

One user tweeted that NFTs have made “ art theft easier to the point that many are afraid to post online anymore.”

However, some fans were quick to support Brie Larson decision to promote the NFT and the artists’ work.

A user said, “Awesome NFT! I love that project.” Moreover, the user welcomed Brie to the NFT community and said, “I know there are a lot of misinformed comments on this thread-but thank you for supporting artists, embracing new exciting technology.”

Other users pointed out that it is Larson’s choice to purchase the digital asset or not. Also, users said that she was being criticized more than other celebrities venturing into this space.

With the boom of NFTs, many people are concerned about the future of the digital art world.

Users have said that A-Lister celebrities openly endorsing NFTs and crypto could influence their fans to support this volatile asset.