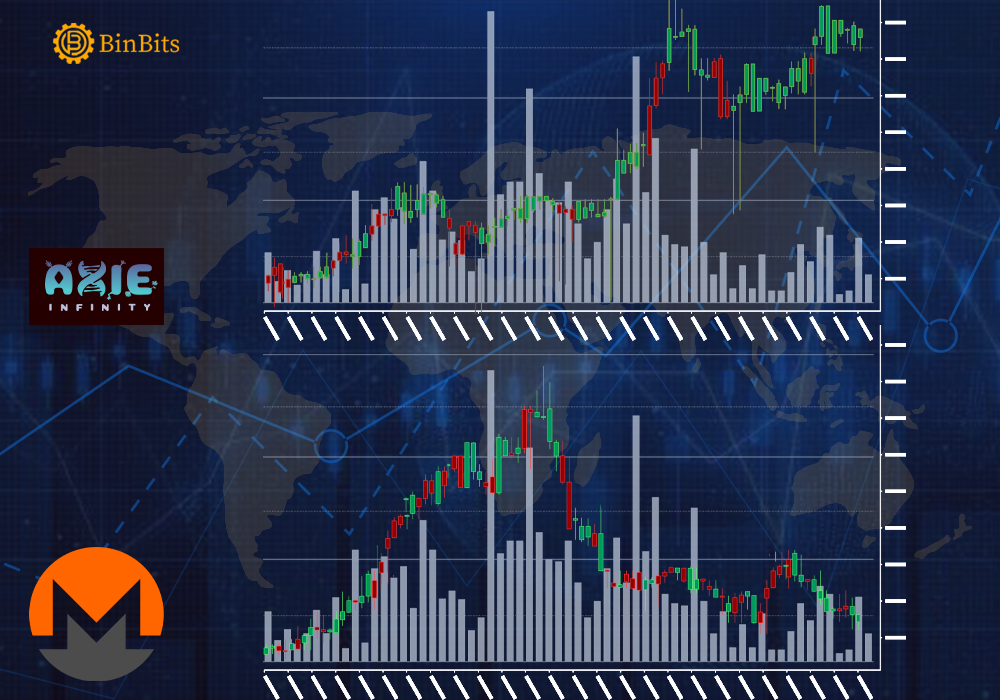 Monero showed a V-shaped recovery while AXS too rose

The cryptocurrency industry showed mixed trading signals throughout today. In the last 24 hours, both Monero and Axie Infinity displayed an upswing in prices. Many altcoins showed weakness on their charts, however, XMR and AXS did not project weak technicals at the time of writing.

The global cryptocurrency market cap was at $2.13 Trillion with quite a number of altcoins struggling to trade in the green. The last week for major coins proved to be quite volatile. Monero and Axie Infinity managed to bring home substantial gains in the past seven days, with numbers in double-digits. At the time of writing, XMR and AXS extended their gains.

Monero was priced at $216.83, with overhead resistance at $230.09 and local support at $213.56. The coin had experienced a pullback at the immediate resistance twice in the past few days. Every time Monero attempted to trade over the aforementioned level, it met with selling pressure.

XMR also had flashed a v-shaped recovery on its chart, although the buying pressure was still quite fleeting in the market. Despite the weak buying power, technicals remained optimistic at press time.

On Balance Volume that depicts the presence of buyers in the market sided with the bulls in the market. The slight fall in prices after the recovery might stabilize further buying pressure in the market.

Axie Infinity was trading at $78.27, the coin tried to break past its price roof of $82.84. The technical outlook was quite positive, indicating that continued push from bulls could push AXS above the $82.84 mark.

Prices of the coin were seen above the 20-SMA line which is a sign that signals high buying strength. Buyers had continued to drive prices in the market. The support line for the coin was $67.52.

Relative Strength Index managed to hold itself above the zero-line emanating bullish price signals for the coin. On Balance Volume rose slightly, however, the indicator at press time noted a small downtick probably because the selling pressure mounted slightly in the past 24 hours.

In regards to capital inflows, the same was seen decreasing on the charts as the Chaikin Money Flow was parked underneath the half-line. A push from the bulls could cause buying pressure to come back in the market, AXS could target an approximate 4% hike in the upcoming trading sessions.