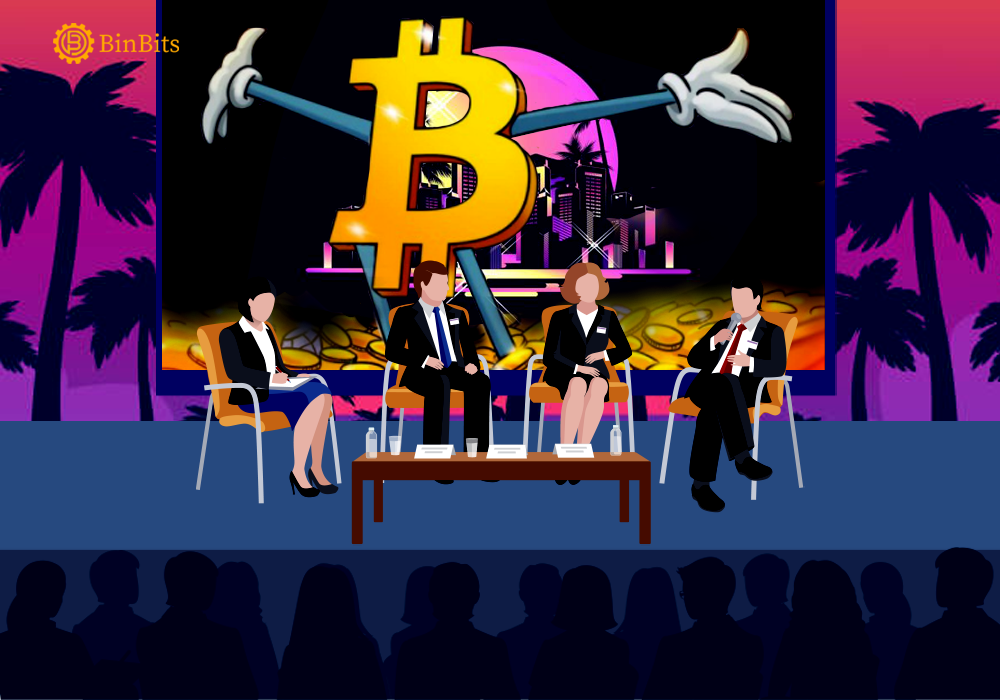 The recent conclusion of the Miami Bitcoin 2022 conference has indeed impacted, both novices and experts in the crypto sphere. Cryptocurrency and digital assets faithful witnessed numerous eye-opening lectures that expose them to a new dimension of the industry.

Also, the conference ushered in the unveiling of numerous projects and initiatives. However, the unveiling of a bull that stands at 11 feet, and weighs over 3000 pounds gained more attention. Nevertheless, other activities at the Miami bitcoin conference left many looking forward to the next edition. Below is a recap of notable events, discussions, and announcements from the conference.

The presence of celebrities like tennis star Serena Williams, NFL duo, Odell Beckham and Aaron Rodgers at the Miami bitcoin conference graced the announcement of Cash App Bitcoin lead, Miles Suter. The sports celebrities all gave their opinion on why they embrace crypto. Rogers cited Bitcoin as the best protection against inflation. He explained how he fell in love with the industry some years back.

Rogers came into the spotlight of crypto faithful last year when he received a part of his salary in Bitcoin. Beckham Jr as well opted to receive his salary fully in Bitcoin, while Serena has championed various Bitcoin projects. During the discussion at the Miami bitcoin conference, Serena announced her partnership with Cash to promote Bitcoin.

Another Landmark event at the Miami Bitcoin 2022 Conference is the session about Bitcoin Mining. Bitcoin mining experts gathered under the theme “Building New Grids” to discuss the future and situation of Bitcoin Mining.

The panel included Paul Prager CEO of Terawulf, Sergii Gerasymovych the founder of EZ Blockchain, and other notable names. They describe how Bitcoin mining can be likened to a battery that saves energy. However, they opine that instead of storing energy in a battery, its instead stored in Bitcoin.

The Vice President of Canaan, Edward Lu made this revelation while speaking about “Clean Energy: The New Revolution of Bitcoin mining.” Speaking on the topic, He said both Bitcoin Mining and Electricity systems must be upgraded frequently to match climate change. Additionally, he emphasized how miners are opting for machines that consume less energy to ease the burden on electricity grids.

Still on Bitcoin Mining, the COO of MicroBT, Jordan Chen also made an amazing revelation to the audience at the Bitcoin 2022. Via a clip, Chen gave out info about the New M50s, M50, and M53 series. The M50 is capable of operating at a high level for a prolonged time, and it’s air-cooled by Samsung. The M50 is an upgrade to previous editions and it’s built to last longer.

Reports revealed that MicroBT has the efficiency to produce more than 30,000 pieces of the new model every month. Export of these products from MicroBT’s manufacturing plant in Asia will commence later this year.

Also, Senator representing Wyoming Senator state, Cynthia Lummis gave an insight into the situation of Crypto in the U.S legislature. She revealed that lawmakers are gradually accessing the possibility of stipulating friendly laws toward Cryptocurrency and Digital assets.

Furthermore, She revealed how lawmakers are working together despite their party and ideology differences to encourage the growth of crypto. She ended the session with optimism that future regulations will surely favor the industry.

In addition, the Head of Legal for North America at Crypto.com, Justin Wales, and Neal Katyal a law professor address another topic “The U.s Constitution and Bitcoin.” Wales argued that the liberalism posture of Bitcoin is democratic in Nature.

He believes that Bitcoin has empowered individuals to shun the existing financial structure to embrace a decentalized systemm. Nevertheless, Katyal insisted that every crypto regulation is for the benefit of shielding the industry and its investors. He said the absence of regulation in the crypto sphere will leave everyone in a backward state with no winners.

Unveiling of products and initiatives at Bitcoin 2022 conference

During the Miami bitcoin event, Cash App announced new options that aid users to transform paychecks into Bitcoin. The new feature also includes receiving payments with the aid of the Lightning Network. Another notable announcement is the partnership of Swan Bitcoin and Invity.io to establish a decentralized exchange platform.