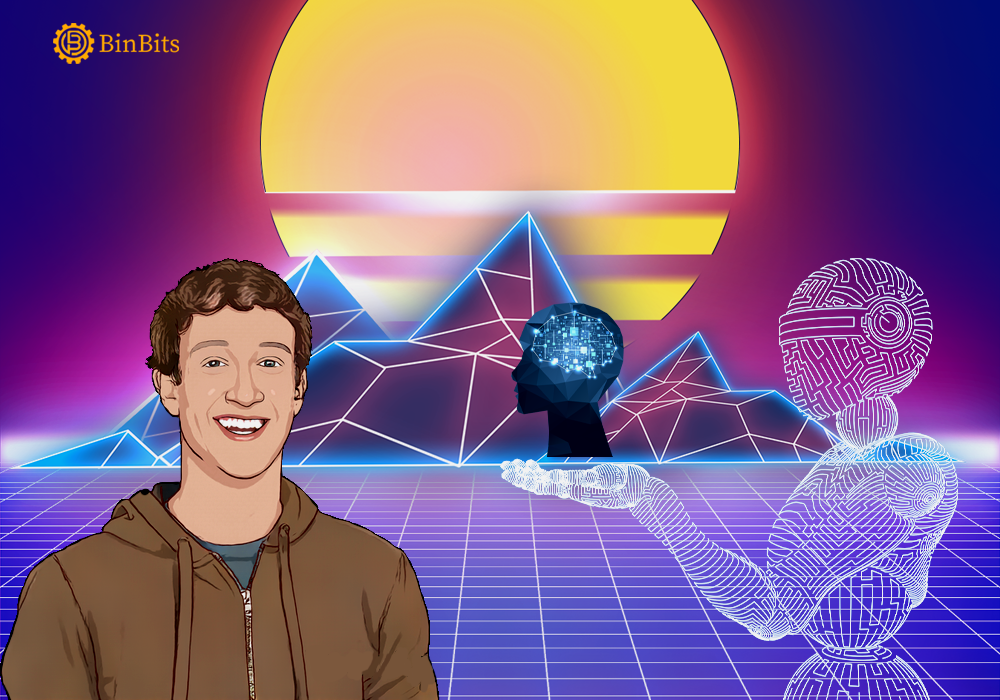 Meta has inaugurated an AI initiative to further establish the company’s presence on Metaverse. The project is one of Meta’s strategies towards embracing the emerging opportunities in Metaverse.

The C.E.O of Meta, Mark Zuckerberg made this revelation yesterday, while speaking at the “Inside Lab” exhibition. He disclosed that AI is an effective innovation that will contribute to the development and advancement of Metaverse.

Furthermore, the C.E.O demonstrated some of the initiative features via a demo. The demonstration manifested how a Builder Bot built Houses, Beach resorts, Trees, and Clouds. The development is indeed a positive one but doubts remain on how far it can strive on Metaverse.

The AI is built to create houses, trees, cars, and other items on Metaverse via speech command. It can also translate different vocabularies and improve interactions with speech commands. The initiative will aid people to build and construct their preferred Metaverse space.

Additionally, Project CAIRoke aided the creation of AI, and it remains an integral part of the project. Other characteristics of AI also manifested during the live procession. One of the major attributes of the AI is a distinguish Video call gadget that would merge with Argument/Virtual Reality. Meta didn’t disclose too much about other attributes but it is obvious that they are aimed at establishing Meta’s presence.

Meta is working exhaustively towards becoming a strong force on Metaverse. Recently, the company recorded a significant dip in its overall worth. The dip cost the company a sizable amount of its value. Mark Zuckerberg on the other hand is struggling to reaffirm Facebook’s presence on the social media zenith due to increasing competition. The company’s dive into Metaverse has distracted Facebook’s position but Meta doesn’t look unfazed. The organization is hoping that the project becomes a statement innovation that’ll announce Meta’s presence on Metaverse.

Recently, Mark Zuckerberg endured a notable slide in his overall net worth which is a direct reflection of Meta’s struggles. The company is facing stern competition with a fellow tech giant, Microsoft.

Lastly, while many are hoping to fully embrace the initiative, Meta has shown worries about abusive words and irregular character on Metaverse. The company is bracing up to regulate the usage of words and expression of ideas with the AI. Metaverse users are already looking at having their hands on the project because it will make creation and development very easy on the platform.