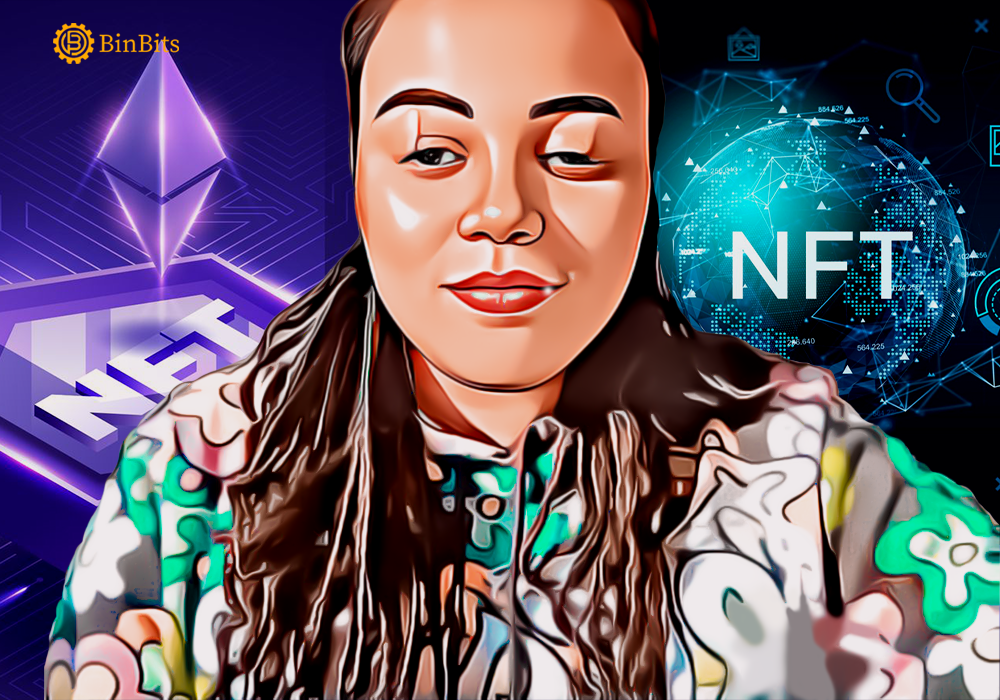 Itzel Yard is an NFT artist who goes by IX Shell/Caribbean Glitch on NFT platforms. According to Forbes, Yard has become the highest-grossing NFT female artist of all time.

The Non-Profit Tor Project collaborated with Yard to sell her NFT piece, a generative piece of art based on Dusk.

After a close bidding war with Kraken, Jesse Powell, the piece was sold on an artist-curated marketplace called the Foundation.

It was sold to a group of collectors that went by the name PleasrDAO.

NFTs are Non-fungible Tokens. They are unique digital assets. It can be anything from drawing, music, video, audio, or digital art.

Most NFTs are a part of the Ethereum Blockchain. NFTs have become a desirable source of revenue for artists and celebrities who want to sell their digital art.

Itzel Yard Journey: From Cleaning Jobs To A Million Dollars

Pointing to Yard’s achievement, experts have said that the sale of her NFT establishes a new ceiling for women artists in the NFT space.

However, things have not always been easy for Yard. According to The Sun’s publication, Yard moved from Panama to Toronto to study architectural technology.

She said that she struggled with depression and used art as a medium to express her emotions.

Talking about her move to Toronto, Itzel Yard says, “I was surviving. I was trying to be someone in a country that is expensive.”

Elaborating further, she adds, “It started as a fascination with particular aesthetics and visual input. I originally studied art direction, which was working through creativity. That eventually led me to explore different ways of expressing myself.”

Yard says that she initially started posting her work on Instagram and built a following for herself when talking about her art journey.

Also, the 31-year-old mentioned that to make ends meet, she had to pick up cleaning jobs in Toronto.

Itzel Yard is still in disbelief about selling her NFT for $2 Million. She tells Forbes, “I never thought I would sell any of this for this much, and now my artwork is valued at $2 million!”

Furthermore, Yard is also a self-taught coder. She taught herself these skills as she juggled her coursework in Toronto.

Forbes noted that to create NFT artwork, knowledge of algorithms and autonomous systems is essential to create patterns and shapes.

Moreover, Forbes has said that the NFT space is primarily male-dominated. Itzel Yard has become one of the few women in generative art and has established a new ceiling for women artists in the NFT domain.