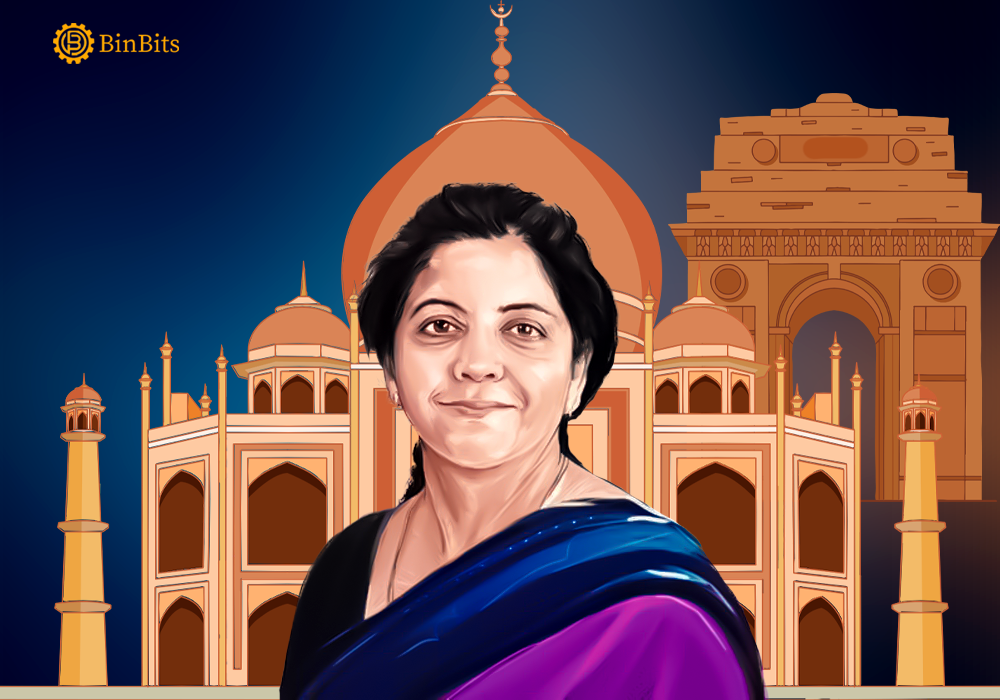 India Will Not Make Any Rushed Decisions On Crypto — Nirmala Sitharaman

In light of the air of uncertainty and lack of clarity that has overshadowed the regulation of crypto in India, the Finance minister, Nirmala Sitharaman has now given something that crypto enthusiasts may at least, hold on to.

We’re Not Against Innovation, But We Won’t Rush Any Decisions — Sitharaman

While speaking during an interactive session at Stanford University, Sitharaman assured that India will take a well-calculated approach in regulating digital assets. That the government will not be making any decisions in haste. Sitharaman added:

“It will have to take its time…all of us to be sure that at least with a given available information, we’re taking the decern decision. It can’t be rushed through.”

According to Sitharaman, the Indian government has genuine reasons for taking its time, regarding drawing up crypto regulations. From concerns over using crypto to launder money, to terrorism financing in some extreme cases.

So, it might be understandable, why India wants to ensure that all possible loopholes are covered in whatever regulatory framework it eventually comes up with.

A Tough Place For Crypto To Thrive

Without a doubt, India is currently a difficult place for any digital assets to flourish. In February, the government imposed a 30% tax on all profits made from digital asset gains, perhaps the highest worldwide. And for that reason, many investors have been discouraged from participating in India’s crypto space. In fact, trading volumes have reduced so drastically across all Indian exchanges as a result.

Furthermore, there’s the difficulty that also came to be, with the payment systems. The problems arose when the NPCI directed exchanges like WazirX and Coinbase to stop using the UPI payments method.

Interestingly however, despite all the challenges being faced by exchanges, they are still showing keen interest in the region. This shows a great level of positivity and expectations for the upcoming regulations. Perhaps, the Indian market will be the next big thing to happen to crypto.

Meanwhile, Nirmala Sitharaman also claims that the Indian government is still quite positive about having its own central bank digital currency (CBDC).

Announcing in her February 1 Budget speech, the FM says that the CBDC would be issued by the RBI in the coming fiscal