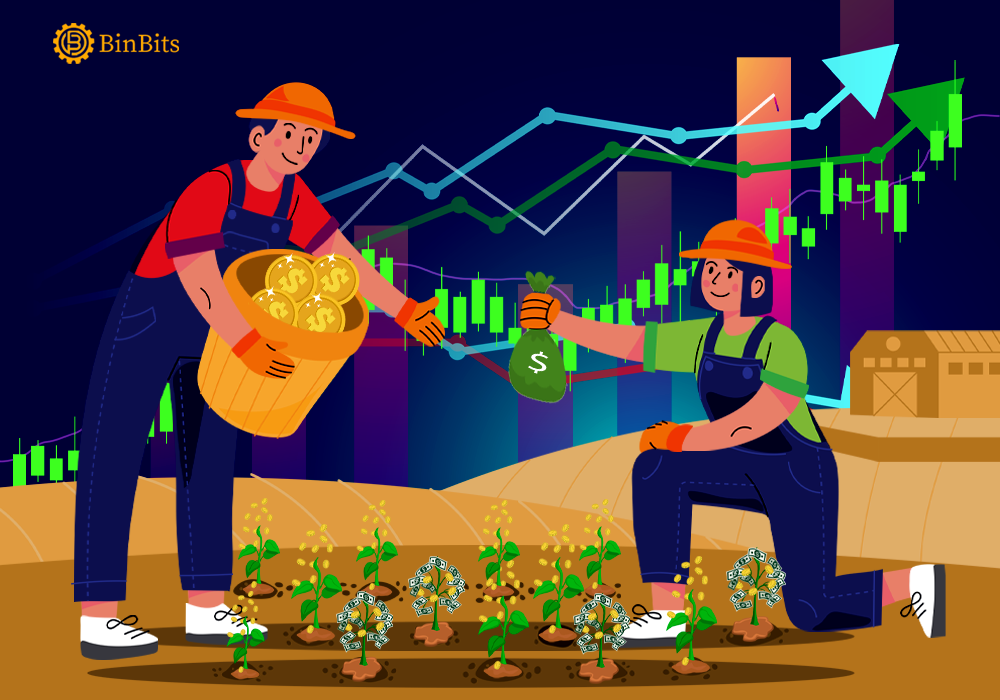 Impermanent loss in Yield farming and how investors can avert it

Without ado, the presence of smart contracts on decentralized exchanges has overtly given room for yield farming, a trend that sometimes leads to impermanent loss. Accordingly, yield farming on decentralized finance involves lending out tokens to a liquidity pool in a bid to generate consequential rewards. However, the amount of obtainable rewards relies solely on the particular protocol involved, but irrespective of the attached rewards, lending tokens appear more lucrative than holding them. As programmed, impermanent loss in yield farming comes into play by virtue of the risks associated with the provided liquidity. This article seeks to orientate all existing and intending subscribers of yield farming on the tendencies of impermanent loss.

What is Impermanent loss?

In yielding farming, whenever the difference becomes wide, lenders incur a higher loss and vice versa. As programmed, lenders only get to become abreast of such loss after effecting your withdrawals. More so, the trend manifests when investors deposit two crypto assets in an automated market maker (AMM). Then, the investors realize a decline in the value of the deposited tokens while withdrawing in the future.

However, coupling two different tokens while indulging in yield farming grossly reduces the risks of incurring an impermanent loss. For instance, the combination of a stablecoin with another crypto in a liquidity pool allows for less vulnerability. More so, several pools become unnecessarily vulnerable to impermanent loss than others, particularly the ones, possessing unstable token combinations. For example, the pairing of highly unstable crypto with other tokens in a pool possesses a tendency to ferment impermanent loss for yield farmers. Another major facilitator of the loss usually occurs in pools enduring tokens with a huge value gap between them.

An Illustration of how the trend can manifest

Assuming Collins as a yield farmer deposited 2 ETH and 200 USDT stable coins, bearing in mind that the deposited tokens must possess similar value with its pair. In this same liquidity pool, about 10 other yield farmers also staked the same amount of tokens. This thus amounts to a to 20ETH and 2,000 USDT on the pool. With this, Collins automatically possesses 10% of the aggregate tokens staked on the pool. However, a few months later, the market value of 1 ETH rose from 100 to 400 USDT. Since the programming of the pool only allows for equivalent tokens alone, ETH, having risen beyond the value of its pairing token, USDT becomes removed from the pool. Such removal becomes necessary as programmed to actualize stability. With this, a change in the flow of USDT becomes enhanced owing to the removal of ETH.

Collins is aware of the incurred impermanent loss when he withdraws his 10% share of the entire stake. In view of this, he withdraws 1.5 ETH and 300 USDT. Hence, to realize the aggregate amount, one tends to do simple mathematics. 1.5 ETH amounts to $600 and thus, Collins have 300 USDT + $600 amounting to $900 as his 10 percent. However, if Collins had decided to withhold the tokens without indulging in farming, he would have earned $1000 instead. This thus bears testimony to an impermanent loss. How? The gain incurred by Collins emerges lower than the gain he tends to acquire by just holding the token.

How yield farmers can reduce the risks of incurring the trend

Even though it is grossly impossible to fully avert impermanent loss, farmers can instill certain measures to reduce its risks. This article hereby recommends the usage of tokens which enjoy consistent stability. Stablecoin for instance falls into such category as it tends to enjoy relative stability. With this kind of asset, chances of arbitrage becomes minimal.

More so, yield farmers need to look out for a favorable trading fees. In all liquidity pools, subscribers cough out trading levies which becomes distributed by the protocol to all its providers. Even when the the collected trading fee tends not to cover for the entire loss encountered, it minimizes the effect. Also, yield farmers in most cases need not to withdraw their shares during volatility in exchange values. Just by just waiting till the value of the volatile funds return to its normal worth, they avert such loss.