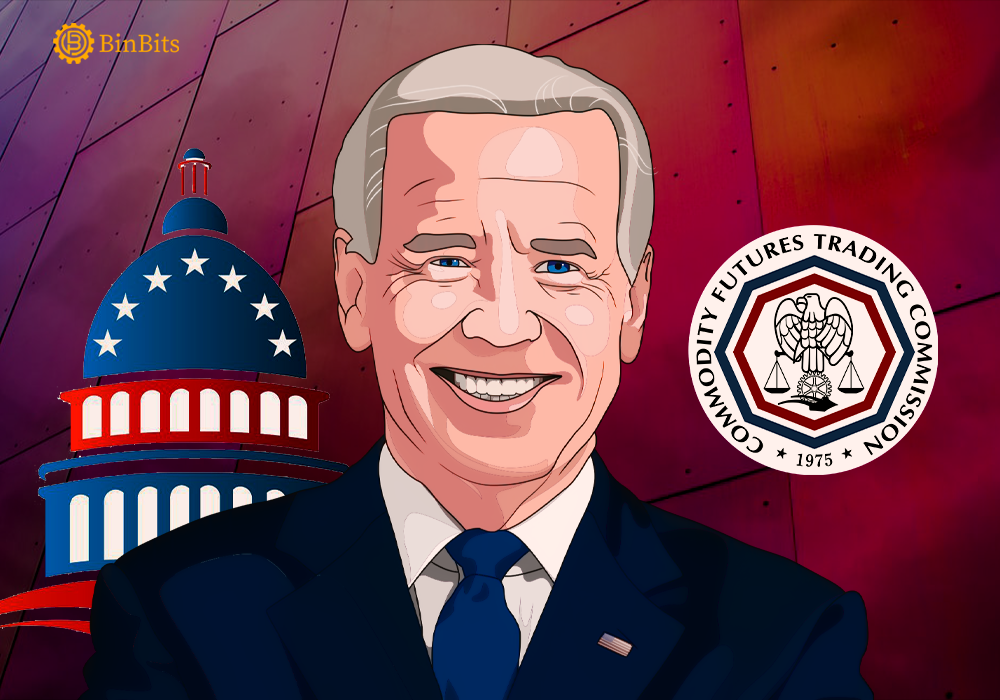 Here Are The CFTC Nominations By US President Biden

US President Biden Announced the Names of Summer Mersinger and Caroline Pham to Take Charge as Commissioners in the Futures Trading Commission or the CFTC Following the Term End of Dan Berkovitz and Dawn Stump.

On 7th January 2022, the Biden administration officially submitted two nominations to the Senate for the Commodity Futures Trading Commission. Citi managing director Caroline Pham and the American attorney, Summer Mersinger, the names given.

The White House, in its statement on Friday, said that Mersinger and Pham will be taking up the place of Commissioner Dan Berkovitz. Who is leaving office in April 2023, and Commissioner Dawn Stump. Both the incoming officials will be in the CFTC till April 2027 as per Biden and his cabinet’s decisions.

Dawn Stump had announced that she would not be seeking another term at the CFTC. Additionally, he would remain in office only until the new appointees take charge. Dan Berkovitz had announced in September 2021 that he was leaving the CFTC to become the general counsel at the Securities and Exchange Commission.

Both Mersinger and Pham will fill two seats held by Republican commissioners. If approved by the Senate, the two will fill out the five-member body of the CFTC. Which presently has only two members on the board.

According to Caroline Pham’s profile, she has served as the managing director at Citigroup since 2014. Pham has also served as a policy advisor at CFTC to Republican Commissioner Scott O’Malia. Summer Mersinger, on the other hand, has served as chief of staff to Commissioner Dawn Stump. She was also an aide to Senator John Thune.

Other CFTC Nominations by the Biden Administration

Apart from Mersinger and Pham, the White House also dispatched the names of Christy Goldsmith Romero and Kristin Johnson to occupy the remaining seats left at the Trading Commission.

Following the United States Elections in 2021, the change in leadership had left seats in the CFTC vacant. The names sent out by the Biden administration for the CFTC will ensure that all the positions in commission are filled in 2022.

In December 2021, The White House had also confirmed the nomination of Rostin Behnam to assume his position in the Community Future Trading Commission on a more permanent basis.

In selecting names for the Commodity Futures Trading Commission, there is a requirement to get a simple majority in the White House to confirm the president’s choice for the vacant seats. Currently, the Democratic Party controls 50 of the 100 seats in the Senate. If votes are evenly split, the Vice President, Kamala Harris, serves as a tiebreaker.

Upcoming Decisions for the Biden Administration

The Biden Administration will also get the chance to select the upcoming commissioner for the Securities and Exchange Commission, with Elad Roisman expected to leave office in January 2022 and Allison Lee’s term ending in June 2022. The arrival of new commissioners in these major government agencies will undoubtedly impact decisions related to cryptocurrency policies.