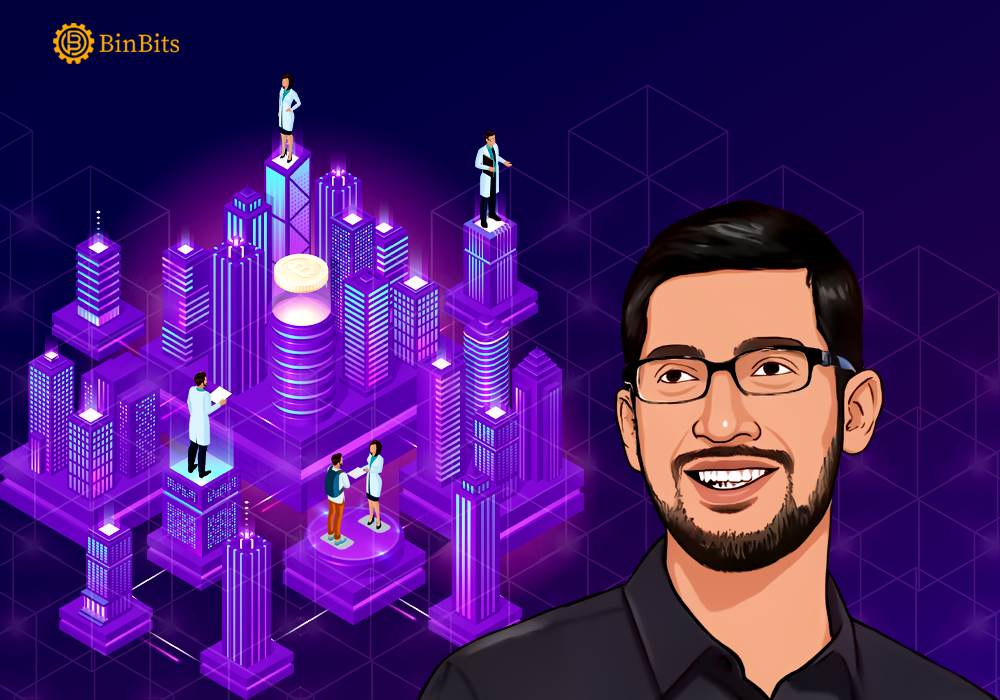 During the Quarter 4 2021 Earnings Call of Alphabet Inc., the CEO of Alphabet and Google, Sundar Pichai stated the company’s interest in blockchain. The parent company of Google, Alphabet Inc., said that they are happy with Google Services revenues in Q4. In response to questions during the call, the CEO also disclosed some statements related to Web3 technology.

During Alphabet’s earnings call, Pichai made his first public statement on Web3. The CEO said that he was closely watching the blockchain space. Moreover, Pichai adds, “Anytime there is innovation, I find it exciting.” Alphabet Inc is undoubtedly looking to add value to blockchain technology in the coming years.

Most of Pichai’s Silicon Valley peers are already ahead of Google’s metaverse and blockchain race. Furthermore, investors are placing their bets on Web3 technology. This has attracted the attention of Google. However, the company has been largely mum on the topic.

In response to a question during the earnings call, Pichai said that Web3 is “something we want to support the best we can.” Furthermore, Sundar Pichai says, “On Web3, we are looking at blockchain.” He also calls the technology “interesting and powerful with broad applications.” At present, the company sees ways to add to the Web3 ecosystem.

Google is also looking to collaborate with companies in the digital assets space. Moreover, the company also has a team working on blockchain. The cloud team is looking at ways to support customer needs related to blockchain-based platforms. Accordingly, they are building, transacting, storing new value, and deploying new products on blockchain platforms. Additionally, the CEO comments, “We’ll be watching the space closely and supporting it where we can.”

Augmented Reality is another area of interest for the company. Pichai has said that the company has benefited tremendously due to open-source technologies. Furthermore, AR is an area where they want to explore further. The CEO of Google added that AR is a big deal at the computing layer. According to him, the company has been continuously investing in this area for a long time. Moreover, Google is looking at AR from the computing layer and the service layer. The company says that AR will enhance some of its services like YouTube, Google Meet, and Google Maps.

This news follows Google registering a vast $20 million profit during the holiday quarter. Many of its peers have started venturing into the Web3 space. Meta, Microsoft, Twitter are exploring technology to push digital assets.