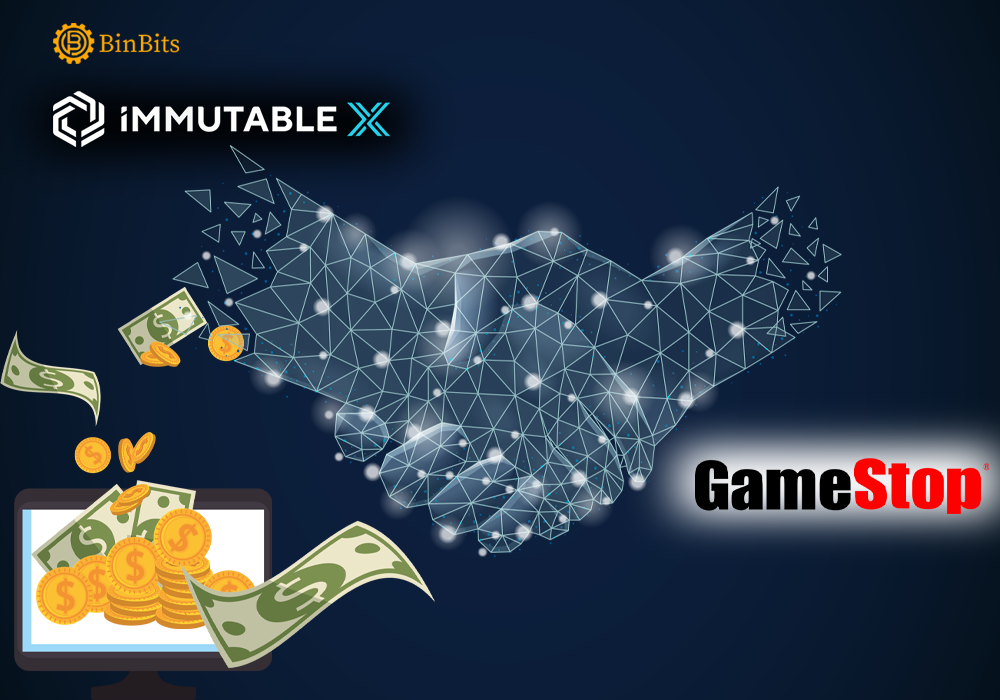 With so many gaming companies recently shifting their attention away from NFTs, GameStop is looking to venture even further into the space. According to a Thursday announcement by the company, GameStop is partnering with Australian crypto firm Immutable in what seems like a really big deal. The partnership will see both firms raising at least $100 million in funds, which will be dedicated to supporting Web 3 game development in its ecosystem.

According to the announcement, the funds raised will be used in creating grants to help developers and NFT content creators. In addition, GameStop says that the partnership will also bring about its planned NFT marketplace, expected to launch sometime later in the year.

Meanwhile, there’s an interesting part to the partnership deal. Reports claim that Immutable also plans to give GameStop up to $150 million worth of IMX tokens. Although, this is largely dependent on the company being able to attain “certain milestones.”

The gaming retail giant has revealed its reason for partnering with the Ethereum Layer 2 solution. According to a press release, GameStop is hoping to leverage the network’s “zero gas fees for trading and minting NFTs in a carbon-neutral environment”.

Interestingly, Immutable X prides itself as the first layer-2 for NFTs on Ethereum. According to the firm, users can;

Probably in a bid to avoid the usual backlash that’s become the norm with companies involved mainstream NFTs, GameStop has also partnered with Trace and Cool Effect. That partnership help’s the retailer to “offset its remaining carbon footprint”. Similarly, FTX also purchased carbon offsets before making its Coachella NFT announcement.

Meanwhile, just last September, Immutable raised a $65 million Series B in a funding round. The round was led by BITKRAFT Venture and King Rival Capital.