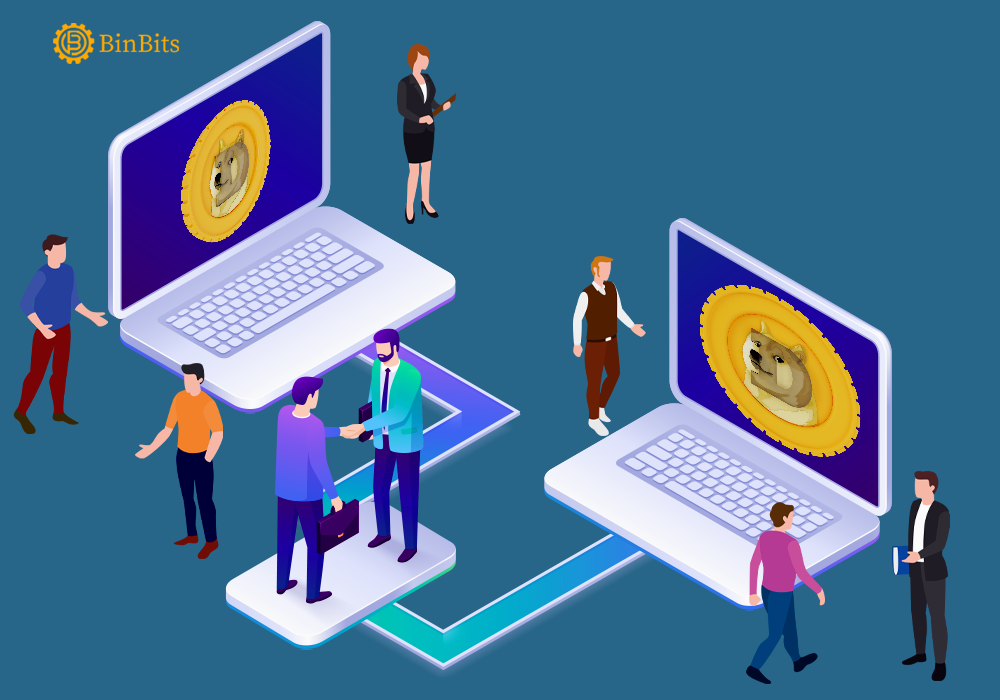 Dogecoin started as a joke in 2014 by two software engineers. In 2021 Dogecoin gathered massive hype all over the world as it became the second most traded cryptocurrency. It had a higher volume than Ethereum. We will be talking more about Dogecoin in this review:

Dogecoin is based on Lucky Coin:

The first block was mined in 2013. It was based on proof of work cryptocurrency, Lucky Coin. Luckycoin is forked from Litecoin, which is forked from Bitcoin!

Created as a joke

The coin was created to act as a parody of all other serious coins that were trying to differentiate themselves, but all seemed to be the same. Though both Billy and Jackson had hardly any experience in crypto. However, the founders kept very little Doge with themselves when they were first mined.

An enthusiastic Community behind Dogecoin

One of the few positives behind Dogecoin is its dynamic community. For instance, in 2014, Doge community members raised $25000 to send the Jamaican team to the 2014 winter Olympics. Further, they also raised money in order to give drinking water to people in developing countries.

We can say that most of the people supporting Dogecoin are genuinely having fun. They love the community and enjoy the memes.

Backed by eminent personalities in the blockchain space

You may be already aware of Elon Musk’s tweets about Dogecoin. Musk’s few words about the coin aggressively manipulate the Dogecoin’s price. Dogecoin is also backed by Jay Hao, CEO of Okex, and Linda Ji, ex-executive of Coinbase.

Another prominent figure backing Dogeocoin is the co-founder of Ethereum Vitalik Buterin. Recently, Vitalik Buterin is helping Doge to migrate it to proof of stake consensus.

Dogecoin supports 30 transactions per second (TPS). Bitcoin on the other hand supports 5 TPS. Further, the average transaction fees with Dogecoin are cheaper than Bitcoin. But, Dogecoin lacks in its efficiency which doesn’t make it superior to Bitcoin.

Use cases of Dogecoin?

There is only one use case that we can mention here. This is Dogecoin’s use as a medium of exchange. It was created so that people can easily send it to their friends and family in lesser time, in contrast to Bitcoin.

Currently, various physical stores are accepting Dogecoin as a payment. You can use Dogecoin to buy cars, electronics items, for hotel booking. Is there are any Dallas Maverick fans here? Because you can buy Dallas Mavericks basketball tickets with Dogecoin.

A disadvantage of Dogecoin, however, is that it lacks a smart contract to create Dapps as Ethereum does.

Hardly any updates in Dogecoin

As other blockchain keeps on updating themselves, bringing on new features, Dogecoin is reluctant in that sector. A notable update happened all the way back in 2019. In 2021 there were some changes to allow faster sync. But these are just minor updates. We are looking forward to Dogecoin migrating to Proof of Stake consensus.

Problems of Whales in Dogecoin

The top wallets hold over 75% of the total Doge supply. The richest Doge wallet holds 30% of the supply. We don’t know who is behind those wallets.

Accumulation of a huge portion of Doge’s supply in a few wallets poses a threat. The whales could dump that Doge in the market looking for a sell-out. This concern is even pointed out by Elon Musk himself.

Dogecoin upgraded to auxiliary proof of work with Litecoin in 2014. Dogecoin is backed by Litecoin, which provides it with greater hash power. This is something Dogecoin won’t have if it was a unique consensus mechanism.

Adding to that, this also means that Litecoin miners can earn Doge block rewards while mining. But, if Litecoin goes down, Doge will take the fall too.

So we are at the end of the Dogecoin review. Dogecoin which started to mock other serious coins garnered praises worldwide. The hype can be attributed to the enthusiastic community it has. Last year the Trading volume of Dogecoin was so intense that it broke down the app of Robinhood. Likewise, the price of Dogecoin soared to 700 % in just 12 months.

Even with such enormous gains, the majority of people do not trust Dogecoin as a long-term investment. For a Decentralized platform, Dogecoin is quite centralized with top wallets holding 75% of the supply. A time may come when the larger holders would like to make a profit. This will lead to the collapse of the price of Dogecoin.

Adding to that, there is a lack of enough use cases of Dogecoin. But there is a hope of a roadmap in the form of some updates like community staking, this year.

However, the purpose of this Dogecoin review is to impart education not give some financial advice. At the end of this review, we just want to say that if you want to invest in Dogecoin, do it at your own risk after carefully going through all the information available.