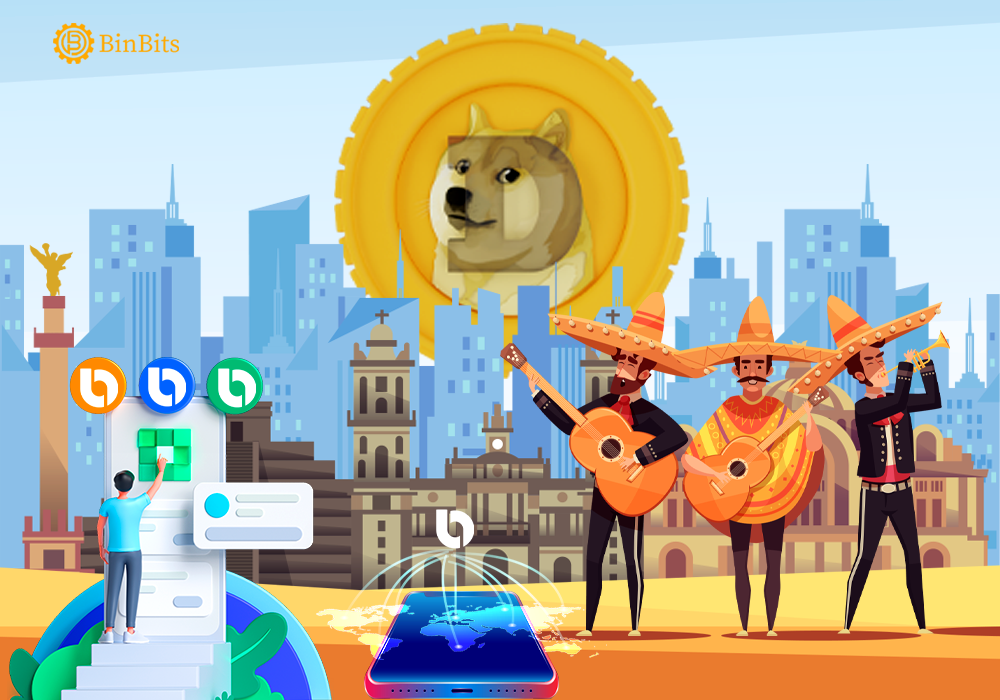 Leading cryptocurrency exchange in Mexico, Bitso, has announced the listing of popular meme cryptocurrency Dogecoin on its platform. This means that users may now trade the meme token on Bitso platform, per the announcement made via the exchange’s official Twitter account. Although, the exchange also mentioned repeatedly, that it will only support tokens that are issued on the Dogecoin blockchain.

“@dogecoin got to Bitso! Doge was created in 2013 and they based the name and image of the project on a breed of dog called “Shiba Inu”. Although $DOGE was initially a meme coin, today it has significant market traction”

Meanwhile, the new addition brings the total number of cryptocurrencies that Bitso supports, to 33. And that includes Shiba Inu (SHIB), Gala (GALA), SushiSwap (SUSHI), Sand (SAND), and some others.

Bitso Continues In Its Giant Strides

Without a doubt, Bitso is one of the bigwigs of crypto exchanges. In fact, by May 2021, the exchange had earned itself a unicorn status, after successfully raising 250 million in a series C funding round. With a valuation of $2.2 billion at the time, it easily became America’s first crypto unicorn. But since then, the exchange has shown no signs of relenting, especially regarding its expansion ambitions.

Interestingly, there are reports that the exchange also has its eyes set on becoming Brazil’s leading cryptocurrency exchange by the end of 2022. In fact, by early January, the American crypto unicorn agreed to a 3-year partnership deal with Brazilian football club Sao Paulo FC. However, the partnership seems to be a strategic one. This is because the partnership certainly does look to be related to Bitso’s interest in leading the Brazilian crypto exchange space.

Recall also, that in November 2021, Bitso also partnered with crypto giant Circle. This was to help facilitate seamless cross-border payments between Mexico and the United States.

Meanwhile, the price of DOGE is yet to be significantly affected by this report at the time of writing. The meme coin currently trades at $0.131, according to CoinMarketCap data.