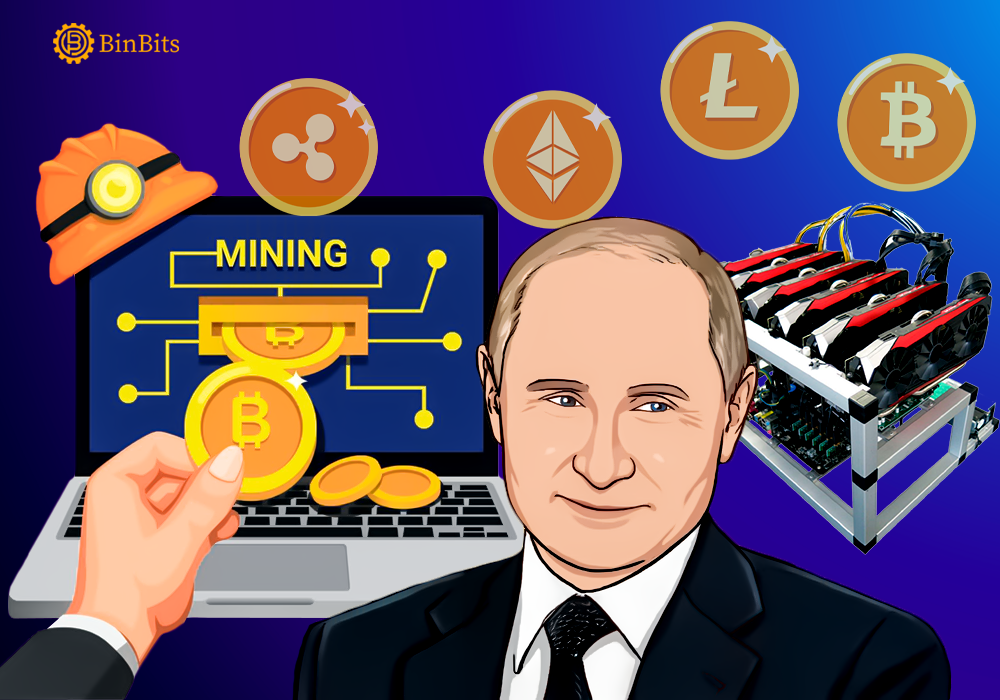 It seems the crypto community has a reason to cheer in Russia. Russian President Vladimir Putin said that the country has a comparative advantage in crypto mining.

Contrarily, in the past, digital asset was under threat in Russia. There were rumors about a possible ban on mining and cryptocurrency.

In recent times, the regulation of cryptocurrencies has been dominating Russian news.

Remarks By The President, Central Bank, And Finance Ministry

The remarks from the President came during a January 26th video conference with Russian authorities.

Moreover, Putin said he would like to start the conference by discussing an important topic that is grabbing headlines-ban on cryptocurrency.

The Finance Ministry made an announcement as well. They said that they are not looking to ban cryptocurrency.

Furthermore, the Ministry said that it was “necessary to allow these technologies to develop.”

Contrarily, these statements are at odds with the Russian Central Bank.

Last week, the Central Bank had called for a complete ban on crypto.

However, the President says that the Central Bank will not “stand in the way” of technical progress.

Moreover, Putin said that the Central Bank is doing all to introduce the “latest technology.”

The President even talked about Russia’s crypto mining advantages over other countries.

Putin says that the country has well-trained personnel and a surplus of electricity, making Russia an attractive destination for crypto enthusiasts.

We can see that Russia is the third-largest country globally in terms of Bitcoin mining. Russia has over 11.2% of the Bitcoin global mining hashrate.

Hashrate measures the total number of hash operations going on at a given time. It measures the speed of crypto miners.

Additionally, Russia is only behind the United States and Kazakhstan in Bitcoin Mining.

However, the Central Bank and the President’s stance on crypto is still somewhat unclear.

The Central Bank talked about how the digital asset has been gobbling up the electricity in the past. Presently, there are claims of wanting to accept new technology.

Similarly, the President’s remarks have been confusing as well.

In November 2021, the President pointed out that cryptocurrency is highly volatile. Now, statements released include how “developing new technology” is essential.