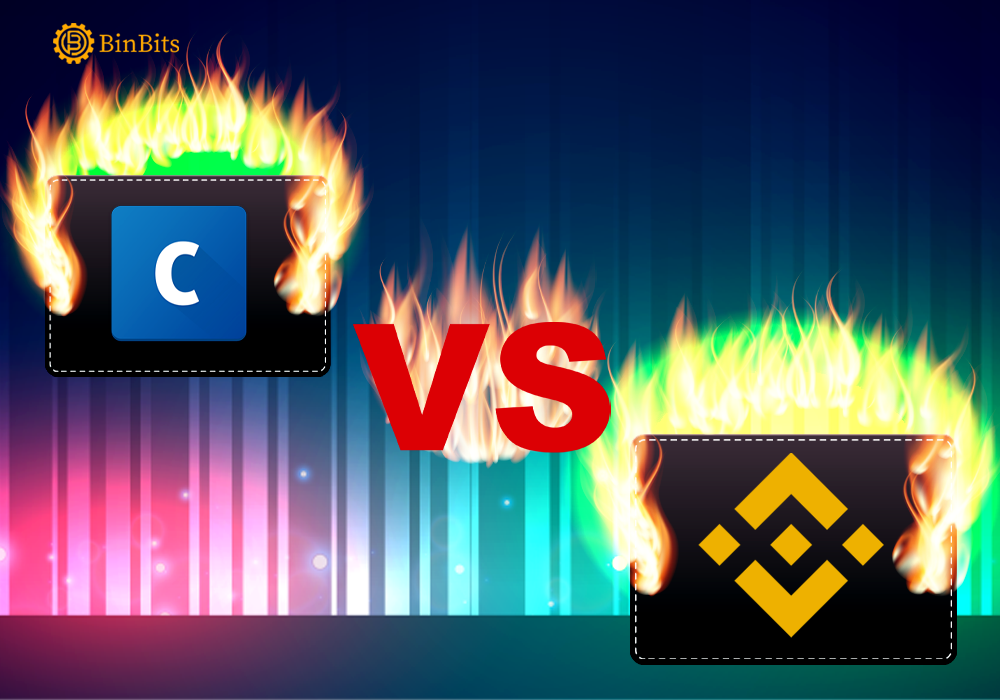 This article aims to engage readers in a comparative analysis of Coinbase Vs Binance. Without a doubt, the two trading platforms are leading forces in the crypto sphere. Despite their giant achievement in the industry, the Article tends to do justice to Coinbase Vs Binance structure with emphasis on background history, market strength, weakness, and acceptability globally.

Nevertheless, investors, traders, and other concerned bodies must do well to embrace this content without sentiments. This is not financial advice or an attempt to place one above the other. Therefore, every financial decision lies sorely on the investor and not the responsibility of the author.

Brief History of Coinbase Vs Binance

In June 2012, the idea of establishing a Cryptocurrency trading platform spurred on the mind of Brian Armstrong. Alongside other innovators, the initiative received financial backing from a start-up program. Later that year, Coinbase began operating solely on buying and selling Bitcoin through Bank transfers.

Furthermore, in 2013, the company attracted over $30 million as support from investors through various funding rounds. Through this financial aid, Coinbase recruited its first employee later that year. An additional $75 million flowed-in in 2015 from various investors as well. The development aided Coinbase to venture into many partnership deals with payment merchants and financial institutions to adopt Bitcoin transactions.

However, the organization lacks a physical structure such as corporate headquarters. Thus, its 3,730 workforce operates remotely, but the organization is registered as a U.S company. The disruption caused by the Covid-19 pandemic further forced the organization to work permanently on a remote system.

Before settling down in Cayman Island, the company had wander between Japan, Malta and Bermuda. Binance has endured different lawsuits and sanctions from various Authorities, questioning its mode of operation.

In 2019, the U.S government stopped Binance from operating due to regulatory reasons. Notwithstanding, Binance merged with other investors to launch Binance.U.S as an independent organization. Binance.U.S is structured to obey all the regulatory provisions of the U.S authority.

Coinbase’s Major strength lies in Europe with operating licenses in thirty-two different European countries. It operates in some countries outside Europe like Canada, Singapore, United States. In Africa, the trading platform’s strength is relatively blurry and weak, and it’s without a recognized operating license in any African country.

Recently, Coinbase reveal plans to venture into the Indian market, while there are no hints about plans to start operations in Africa. Meanwhile, Binance has a huge presence in Africa with the recent laughing of Binance Education in the region. The organization employed young African tech entrepreneurs to further grow its presence in the region. Also, one of Binance’s notable efforts in Africa is the sponsorship of the African Cup of Nations (AFCON).

Despite claims to be operating Globally, Binance is still under ban in some European countries. In addition other countries like the U.S, Japan, China, Malaysia, Thailand, and Canada.

Irrespective of their diverse operating deficiencies in different countries, the two are still the biggest in the business. This has further birthed the debate about which is the biggest in Coinbase Vs Binance controversial discussion.

Base on numerous criteria, Binance is the biggest trading platform in the world. It offers over 340 types of cryptocurrency, and it’s supported by 48+ Fiats. Binance has an average user of 24,448,014 every week.

Subsequently, Coinbase is listed second with 170 different tradable cryptocurrency, with weak support from just 3 fiats. Coinbase has an average user of 2,952,564 weekly.

On Numerous occasions, Coinbase had faced different nature of complaints from its customers. One of the most prominent ones manifested in 2018 when Coinbase clash with payment merchants Visa and Worldpay. According to reports, customers forked out excessive charges due to errors in the Merchant category code.

Also, in 2020 Coinbase received harsh criticism over its failure to take a stand on “Black Lives Matter”. In defense, the organization’s CEO, Brian Armstrong revealed that the organization will not take a position. The CEO cited Coinbase’s non-alignment policy on social activism. Armstrong further cites how prominent tech companies had suffered for engaging in social activism. However, there are various forms of complaints regarding gender and race discrimination against Coinbase.

Back then, reports revealed that Women and Black employees usually receive low salaries compared to their Male and White counterparts. In 2018, several publications reveal how customers complained about staff-customers services. Other complaints also include delays in disbursing customers’ funds.

On the other side, Binance’s major setbacks have been about regulatory requirements in various countries. The U.S, U.K, China, Japan, Thailand, and Singapore are at loggerheads with Binance over regulatory provisions. The foregoing birthed a hammering ban on Binance in the aforementioned countries.