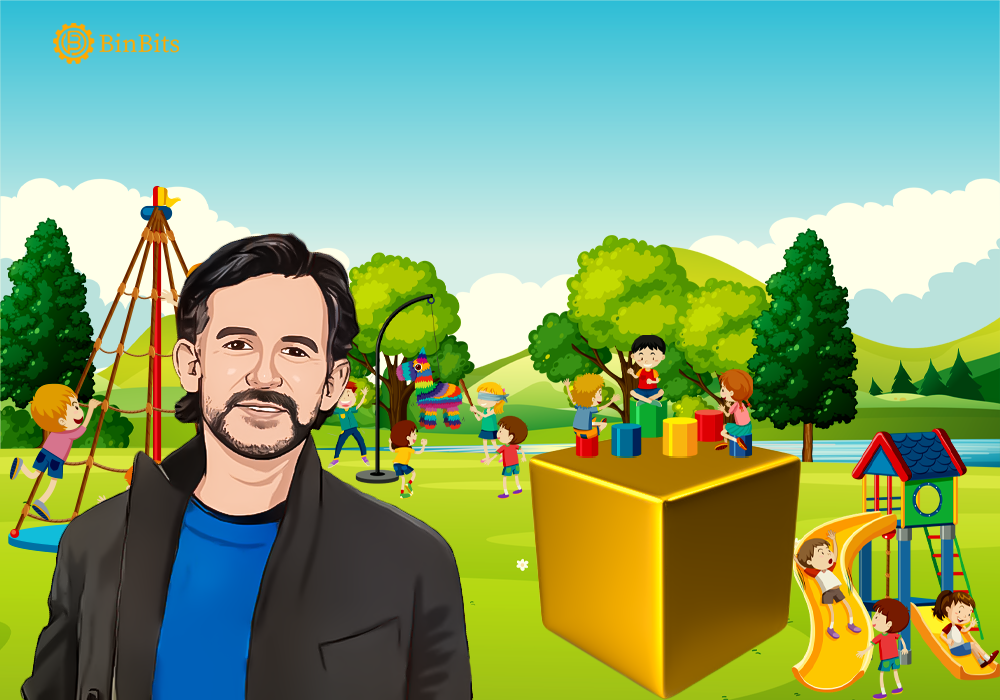 Web3, metaverse, and cryptocurrency are making considerable promises to people. However, whether these live up to expectations is a story for another day. Artist Niclas Castella’s ‘solid gold cube’ critique the crypto world.

The internet, too, jumped on the bandwagon to figure out the reason for installing the gold cube. German artist Niclas Castella placed the cube in Central Park.

A Promo For A Crypto Project

According to Artnet’s tweet, the cube is worth $11.7 million, is solid gold, and has its security detail. Furthermore, Niclas Castella’s upcoming crypto project prompted the installation of the solid gold cube. Castella Coin (CAST) is the name of the crypto project of the Artist.

The website of CAST mentions that the coin will be the first in history to merge the worlds of traditional finance, art, and crypto. Moreover, the site claims that an NFT project is in the works. Furthermore, Artnet reports that the cube measures over a foot and a half on all sides. Also, it has a wall thickness of about a quarter-inch.

Castello told Artnet news that it was “a conceptual work of art in all its facets.” Moreover, the German Artist wanted to “create something that is beyond our world—that is intangible.” Additionally, social media users took Artnet’s words seriously, and there was a considerable discussion about the same.

However, it has now come to light that the Project cube is nothing but hollow. The tweet by Artnet was indeed misleading. Low angles used to take strategic pictures of the cube made it appear more significant than its actual size.

New York’s park-goers broke the news to the internet that the solid gold cube is nothing but hollow. The online world claims that the cube is a sceptical take on technology right now. Accordingly, people say that the cube is a metaphor for all that technology promises and fails to deliver. It means that claims of the cube being solid is just like the grandiose claims by tech companies, but it turns out to be hollow.

However, some project critics said that placing a gold cube near a homeless community was terrible. On the evening of February 2nd, the Project was removed from the park. Moreover, it was moved to a private dinner function with celebrities in attendance at Wall Street.