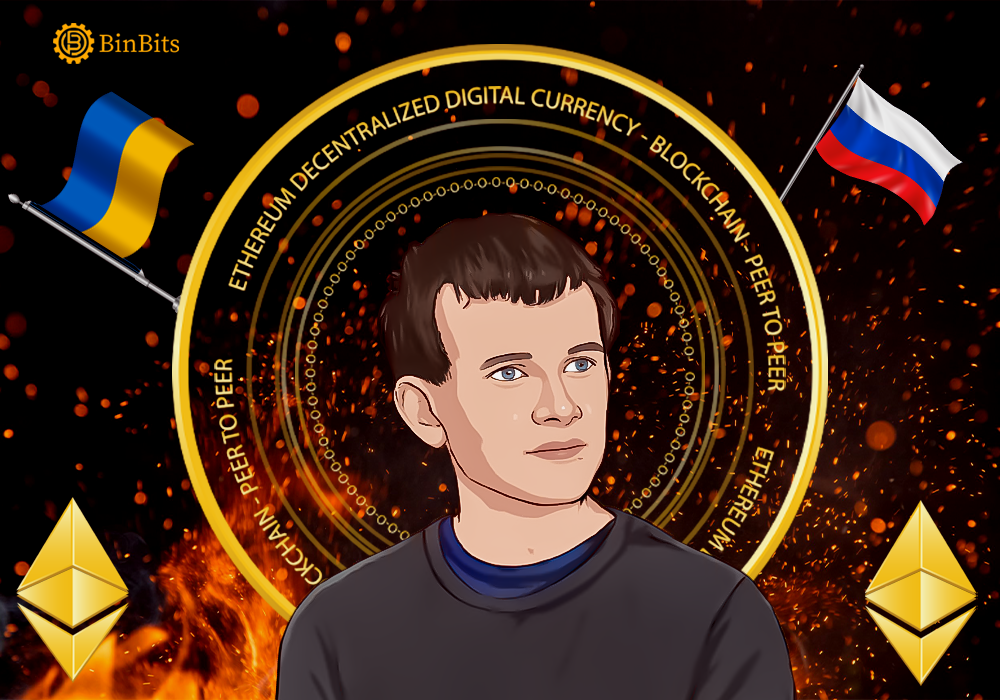 On February 24th, Vitalik Buterin urged the Russian President to avoid invading Ukraine. The co-creator of Ethereum tweeted in Russian talking about the possibility of a war between the two nations. Moreover, he expressed hope for an enlightened decision by Russia.

For the unaware, Vitalik Buterin was born in Russia. However, he was raised in Canada by his Russian immigrant parents. Usually, Buterin tweets in English, but on 24th February, he tweeted in his native language. With his tweet, Buterin has ventured into talking about geopolitics for the first time. Moreover, his message comes in the backdrop of escalating tensions between Ukraine and Russia.

On Wednesday night, the Russian President, Vladimir Putin stated that the Russian Armed Forces will carry out a special military operation in Ukraine. Moreover, the crisis has taken a turn for the worst with Russian military forces circling around Ukraine on three sides. Evidently, Vitalik Buterin expressed his dismay over Russia’s decision to attack Ukraine. He called the action, “a crime against the Ukrainian and Russian people.”

Furthermore, Buterin added, “I want to wish everyone security, although I know there will be no security. Glory to Ukraine.” Moreover, he said that Ethereum, as a company, stays neutral on the issue but not him. Following the Russian news, cryptocurrencies like Bitcoin, Ethereum, Dogecoin have started tumbling. Moreover, the financial markets are also seeing a massive sell-off.

According to numbers, Bitcoin is down to 8.4% and Ethereum has tumbled to 9.9%.

Additionally, Buterin said that the choice to go to war lies entirely with Putin. His translated tweet reads, “An attack on Ukraine can only harm Russia, Ukraine and humanity.” He further adds, “Whether the situation will return to a peaceful path or there will be a war can now be decided not by Zelensky, not by NATO, but by @Kremlin Russia.”

Vitalik Buterin’s tweet marks his second interaction with the Russian President. Back in 2017, he briefly met Putin to discuss efforts to expand Ethereum in his native country. For this reason, Buterin toured a lot in Russia’s Tatarstan region.

Moreover, even his immigrant parents have been critical of the Russian President. During one of their interviews, Buterin’s father Dmitry called Putin a KGB murderer. In his tweet, Buterin tagged the Russian President’s Twitter handle. However, he has not received any response from the latter.