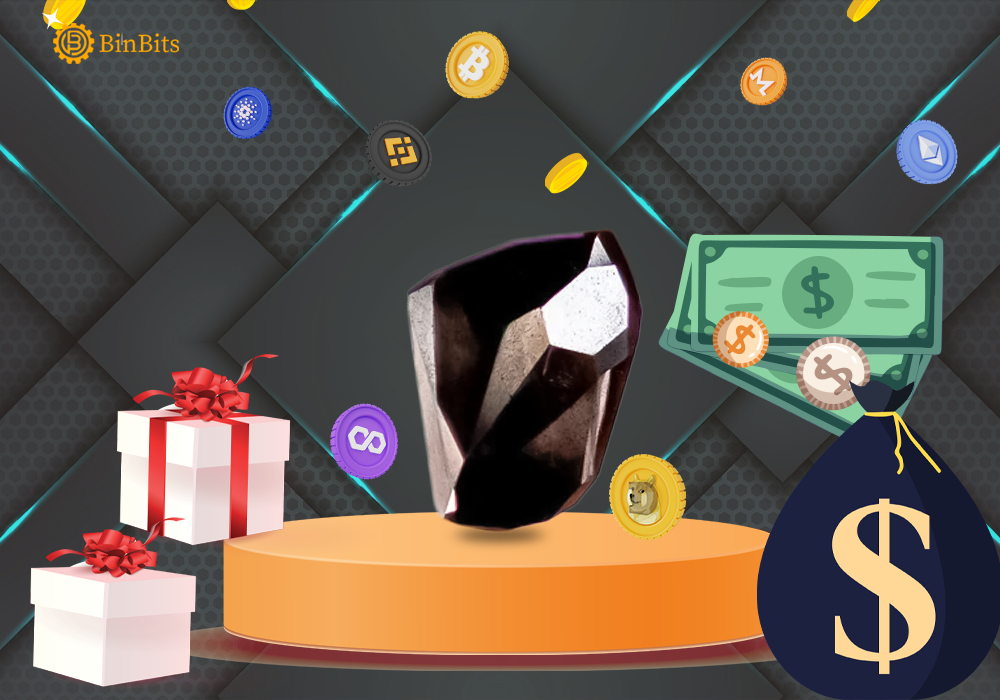 Black Diamond, Named ‘The Enigma’, Sells For $4.3 Million In Crypto

On 9th February, the world’s largest cut black diamond – ‘The Enigma,’ was sold for over $4.3 Million. In London, the Sotheby’s Auction House held an online sale for the rare black or Carbonado diamond.

In the auction, the bidding for the diamond reached $4.3 Million, excluding the buyer’s premium (i.e., the additional charge on the winning bid at an auction).

The enigma is a 555.55 carat, 55-faced diamond. This black diamond formed when an asteroid hit the Earth a billion years ago. Surprisingly, the buyer of The Enigma opted to purchase the jewel using cryptocurrencies.

The auction house, Sotheby, points out that diamond is one of the most challenging substances to cut. Hence, it took experts around three years to turn the rough diamond into a 55-face jewel.

Moreover, the shape of the jewel is of a palm-shaped symbol. The Enigma finds its inspiration in the Middle East symbol, Hamsa. Hamsa represents protection and power.

Also, the black diamond went on show in Dubai, London, and Los Angeles. Additionally, this marks the first public appearance of the jewel. The name of the owner of the jewel remains unknown as well.

Speaking on the origins of The Enigma, the auction house says that this specific type of jewel can be created only under two conditions. The diamond was formed due to meteoric impacts that produced natural chemical vapour deposition.

The second reason could be that an extraterrestrial origin (from supernovae explosions that formed diamond-bearing asteroids) ultimately collided with the Earth.

“The Enigma Is A Diamond With Unparalleled Bragging Rights,” Claims Tobias Kormind

The managing director of Mayfair, Tobias Kormind, spoke about the rarity of the black diamond. He stated that though the price of the diamond did not reach intergalactic levels, owning it will give the buyer unparalleled bragging rights.

Furthermore, he explained what makes the diamond groundbreaking is the size, shape, and source of its origin.

Also, Kormind said that most diamonds are cut into one of the ten popular shapes. However, “The Enigma’s form resembles a hand.”

Even Sotheby called the diamond a “cosmic wonder” prior to its sale. Additionally, the auction house stated that they would accept cryptocurrency payments during the bidding process.

Generally, jewellery making does not involve the use of Carbonados. Also, it is hardly sold in auctions.

Carbonados is the most challenging form of diamond with uses in industrial drilling. However, in recent years, they have become quite popular.

The Enigma is not a gem-quality diamond. This means that it does not fall in the usual

Gemological Grading for the 4 C’s – color, clarity, cut, and carat.

The popularity of accepting cryptocurrencies for auctions is on a steady rise. Last year, Hong Kong sold the Key 10138 diamond for $ 12.3 million. The buyer of the diamond opted to pay in cryptocurrency as well.