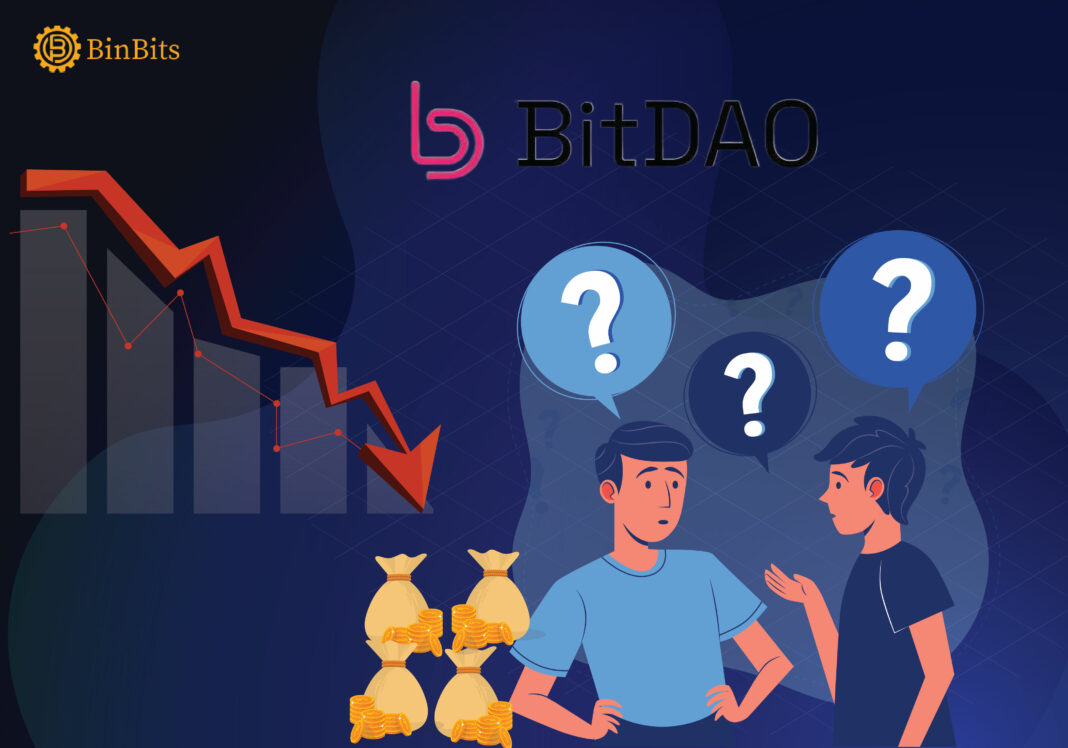 The drama surrounding FTX-Alameda has taken a new dimension in the early hours of today. Adding to the burning wildfire is BitDAO, a decentralized autonomous organization that asked Alameda to prove that they still hold the 100 million BIT token the firm acquired last year. The request emanated after the BIT token dipped by 20%.

Interestingly, BitDAO community also threaten drastic action if Alameda fails to issue clarifications within 24 hours. According to the proposal, if Alameda fails to give sufficient alternative proof, the community intends to decide on the fate of $FTT in BitDAO treasury. Possibly, the community may likely sell the acquired 3,362,315 FTX tokens if the firm fails to comply. More so, BitDAO initiated a proposal allowing community to monitor FTT-BIT swap.

Recall that last year, Alameda converted 3.36 million FTT tokens to 100 million BIT tokens. According to the agreement, Alameda must hold the tokens for a minimum of three years. However, BitDAO one of the biggest decentralized organizations, supported by Bybit, Pantera and billion Peter Thiel was on red alert when the token dipped by 20%.

In a tweet, the co-founder of Bybit, Ben Zhao said “BitDAO community is questioning the sudden dump of $bit token caused by Alameda dumping and breaching the three year mutual no sale public commitment. Nothing is confirmed but BitDAO community would like to confirm proof of funds from Alameda.”

BitDAO fears Alameda is liquidating its other token to defend FTT

Worth noting, BitDAO appears worried over speculations suggesting that Alameda is liquidating its other token holdings to protect FTX’s native crypto, FTT. A leaked balance sheet from Alameda, in the past week, revealed that billions of dollars of Alameda assets, owned by Bankman-Fried seems tied up in FTX token.

This report consequently made Binance, a popular crypto exchange to liquidate the tokens. According to Binance CEO, Changpeng Zhao, the exchange took the decision following recent revelations that came to light. He said the exchange took lessons from the collapse of LUNA. Occasioned by this liquidation, the token has begun to plunge, dropping by about 40% in the last few days. Now, BitDAO wants Alameda to prove that it still hold BIT tokens acquired last year.

Meanwhile, Alameda Research CEO, Caroline Ellison issued a quick response to the tweet by Zhou. Ellison said, “that wasn’t us,” promising to avail proof of funds once things become calm. Shortly after, Zhou appreciated Ellison for the response. According to the co-founder, the response by Ellison gives a lot of confidence to BitDAO community.