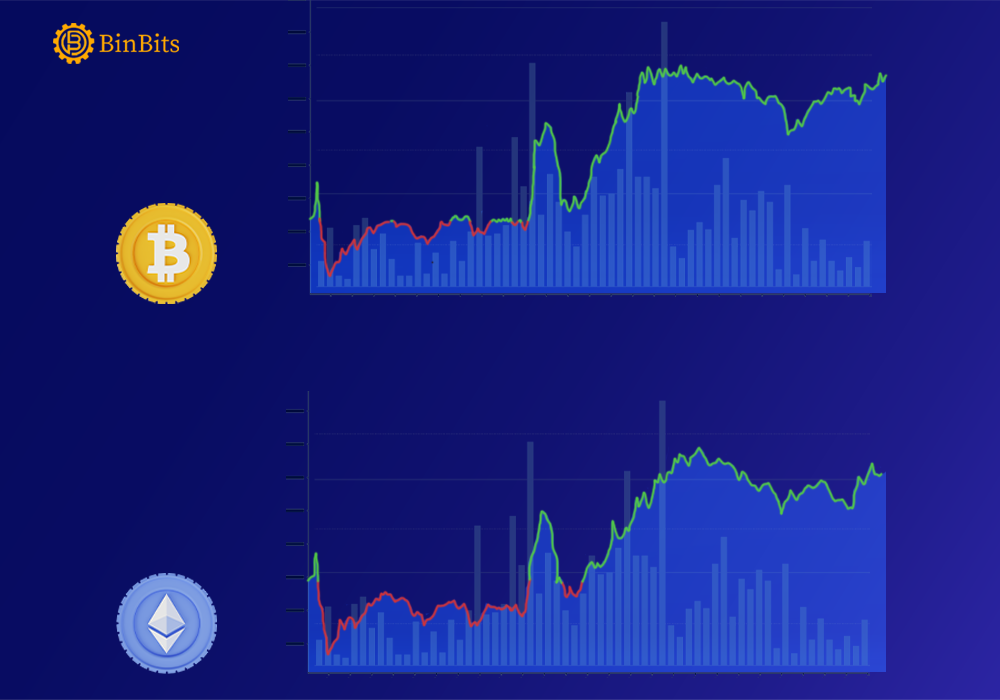 Bitcoin had breached its $41k resistance mark and was priced over the $42k price level. Over the past 24 hours, BTC gained close to 3%. Ethereum was slowly seen climbing up however, ETH has been hovering a little above the $3k mark for quite some time now.

Bitcoin was trading at $42,713.12 and had gained about 3% in the last 24 hours. Overhead resistance for the coin stood at $43,416.17, while the support level rested at $41,196.70. The price of BTC was seen above the 20-SMA level, which meant that the buyers were responsible for propelling the price momentum of Bitcoin.

In consonance with the same, the Relative Strength Index was seen standing above the 75-mark, signalling extreme buying strength in the market. BTC was overvalued and overbought at the time of writing.

On Balance Volume was seen rising which indicated that the volume of inflow was high as the coin witnessed bullish pressure. OBV however, at press time, noted a slight downtick signifying that buying pressure could dip further. This would cause BTC to trade at $41k and then at $39k.

The price of ETH was seen above the 20-SMA line which signified a positive shift in demand. It indicated that buyers drove the price momentum in the market. On Balance Volume was positive as the indicator demonstrated an uptick. Thi meant inflow volume was high at the time of writing.

MACD underwent a bearish crossover, contrastingly. The indicator flashed red signal bars. Ethereum displayed a death cross, a situation where 20-SMA was seen underneath the 200-SMA line. This reading is considered bearish. A dip below the current price level will push ETH to trade close to the $2600 mark.