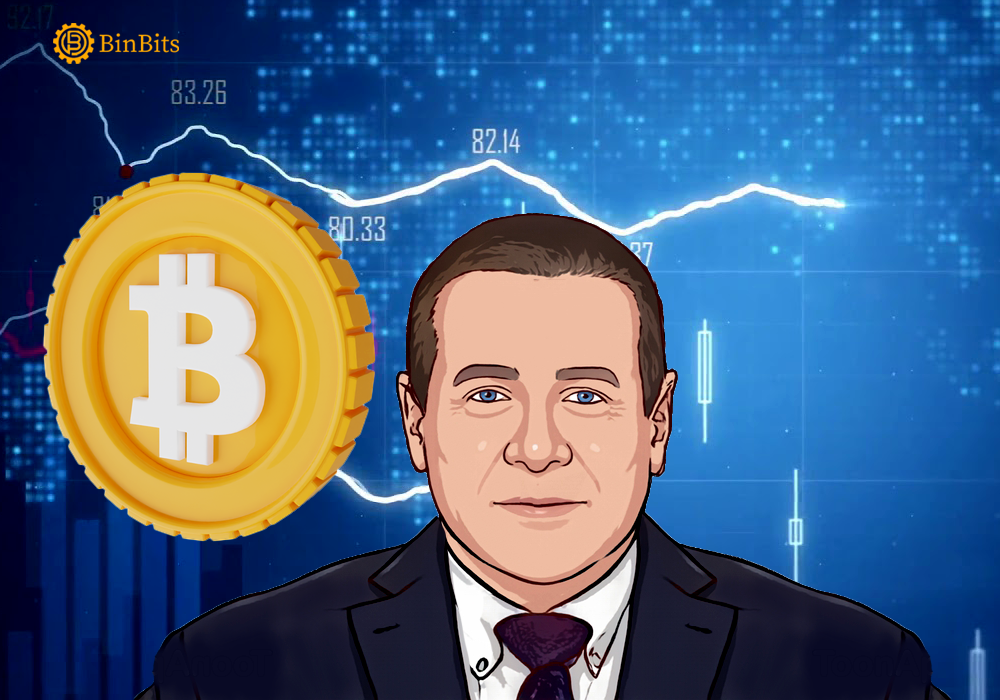 Bitcoin (BTC) has failed to maintain the $30,000 mark, despite putting up a strong showing on Monday. Down 2.82% and trading at $29,226 at publication, the world’s largest cryptocurrency is once again in the reds and some believe it’s price will deep even further.

According to the Chief Investment Officer of Guggenheim, Scott Minerd, Bitcoin could drop a lot further from its current level to see $8,000. That is a whopping 70% fall from its Monday level when it was trading a little above $30,000.

Speaking in an interview with CNBC’s Andrew Ross Sorkin at the World Economic Forum in Switzerland on Monday, Minerd said in part:

When you break below 30,000 [dollars] consistently, 8,000 [dollars] is the ultimate bottom, so I think we have a lot more room to the downside.

Meanwhile, Minerd’s line of thought might be justifiable, especially considering the Fed’s recent moves. Recall that the U.S. Federal Reserve has once again hiked interest rates and it keeps tightening monetary policies as well.

It should be noted however, that since the start of May when the price of Bitcoin fell below $30,000, it has struggled to stay above that level. In fact, within the period, Bitcoin has dipped severally below the $30,000 mark.

Unfortunately, it’s been a really red month in the crypto market following a market-wide crash that saw the crypto industry lose nearly $500 billion.

And should Minerd’s prediction come to pass, it would mean even more pain on Bitcoin and its investors. In the last one month alone, Bitcoin price has dipped around 24%.

In his concluding remarks, Minerd claimed that most crypto is “junk.” However, he also added that Bitcoin and Ethereum will survive.