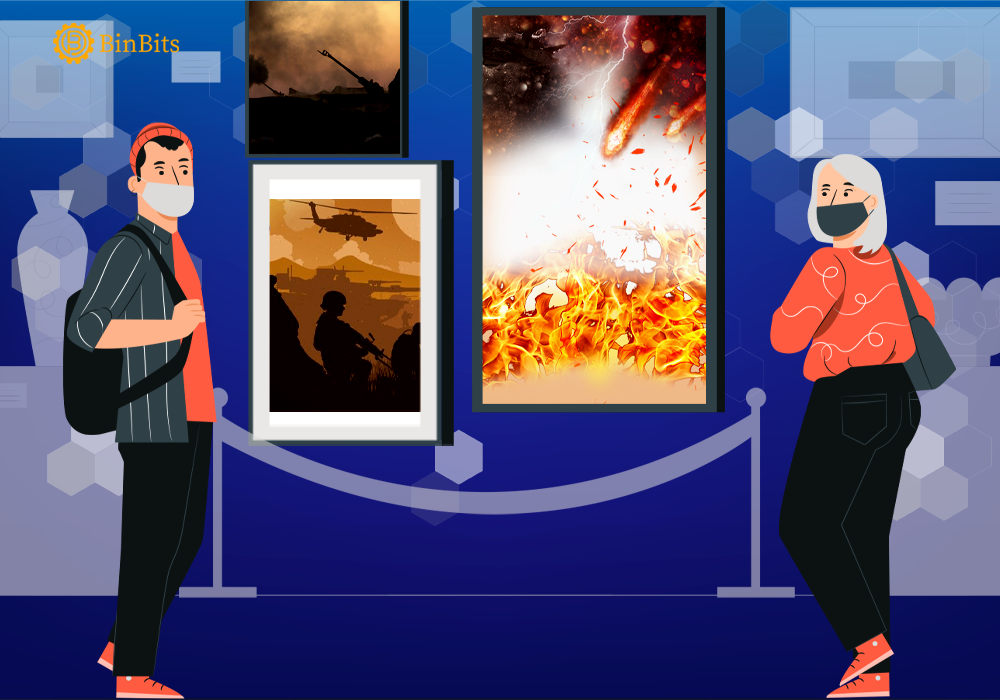 The Vice Prime Minister of Ukraine, Mykhailo Fedorov, in a March 25 tweet, announced the launching of an NFT museum. Federov who also doubles as the minister of digital transformation revealed the initiative manifested to stock all the most outstanding operations unfolding in the ongoing Ukraine-Russia world for future display.

This initiative, however, complements the idea first made public by Alex Bornyyakov. The Vice Prime minister insists the NFT museum tends to serve as a platform to felicitate Ukraine’s identity and freedom. According to him, it helps retain the memories of the events which unfolded on February 24 following the invasion of Russia. Federov further maintained that even though Russia employs tanks in destroying Ukraine, they depend on revolutionary blockchain tech. With the NFT museum, the memories of the war become grossly preserved.
More so, Ukraine intends to use the NFT museum as an avenue to collect varieties of donations. These donations consequently become deployed in helping the people in Ukraine recover from the difficult times.

Accordingly, the ongoing Russian war against Ukraine further showcased the potential of cryptocurrencies. The digital trends demonstrated their capacity to aid countries and their citizens, particularly from an economic angle. In addition, they instilled an awareness of a community of enthusiasts, aiding the lives of people without any political undertone.
As revealed on the official website of the NFT museum, 100% of the proceeds derived from the sales of NFT go directly into the official crypto-accounts of the Ministry of Digital Transformation in Ukraine. These proceeds, consequently become used in supporting the Ukrainian military and civilians.

What necessitated the emergence of the NFT Museum

Accordingly, the emergence of the NFT museum manifested in the bid to leave a mark on history. The authorities in Ukraine intend to allow future generations to realize how they defended the nation. In addition, the government believes the enablement of the museums further conveys what the war meant to their people to future generations.

Ukraine’s Deputy Minister of Digital Transformation, Alex Bornyakov maintained that cryptocurrencies played a huge role in the defense of Ukraine. According to him, the trend helps in supplying the food, medicine, communications, bulletproof demands of the Ukrainian troops. The funds; however, became deployed into the army defense but were not used for the purchase of weapons.
The deputy minister in a tweet ruminated over the conveyance of history in the past years. With the NFT museum, collections of NFTs that virtually depict how all the manifestations of the war hour by hour becomes obtainable.