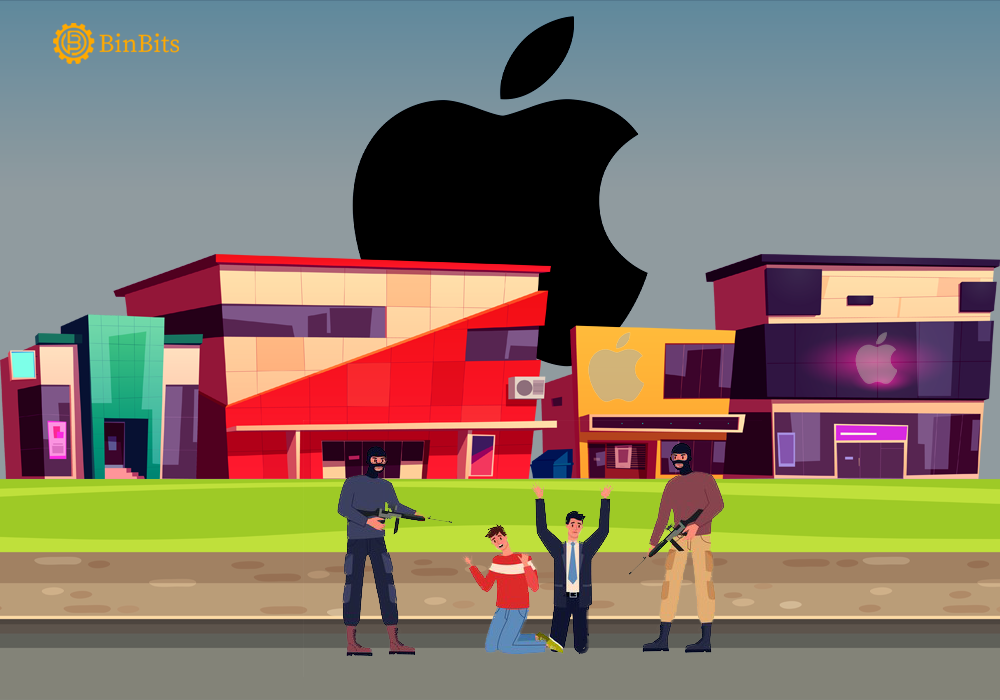 In a shocking turn of events, a 27-year-old man held an Apple Store Employee hostage for cryptocurrency. Additionally, he demanded $200 Million in crypto during the standoff with the police.

The incident took place at Apple’s store in Amsterdam. Moreover, the store is located at one end of the upscale Leidseplein which is a square on the south side of Amsterdam’s centre.

According to sources, the suspect in camouflage gear fired a gun in the store and subsequently, held an Apple employee hostage. Additionally, several other people who were at the store managed to escape.

We still don’t know what prompted the attack. According to the Dutch Police, many video clips on the AT5 website showing a hostage situation at the Apple Store were being circulated.

The Amsterdam police tweeted saying, “There is a person with a firearm in the store…police forces are there with many units and specialist units at the scene to get the situation under control.”

Later on, the police said that they were restricting information about the situation at the Apple Store. The police said they did not want to upset their investigation and efforts there.

The suspect is said to have entered the store in camouflage gear and a balaclava. Soon after, he started firing his gun and held the Apple Store employee as a hostage. Moreover, scenes from the crime showed the hostage with their hands in cuffs sitting across the suspect.

Additionally, there were four people in the store that were hiding in the closet. However, the suspect did not know about their presence.

Suspect Taken To The Hospital

As reported by the local news channels, police hit the running suspect with an armoured BMW X5. When the suspect fell down and lay motionless on the ground, the police sent over a robot to check if he had any explosives.

However, the suspect had no explosives on him. Also, the suspect sent selfies during the incident to the local news agency, AT5 Echt Amsterdams Nieuws. Additionally, in the selfies, he is seen wearing a bomb vest.

The Amsterdam Police reported that they sent the suspect to the hospital. Moreover, they will be conducting an extensive check at the Apple Store.