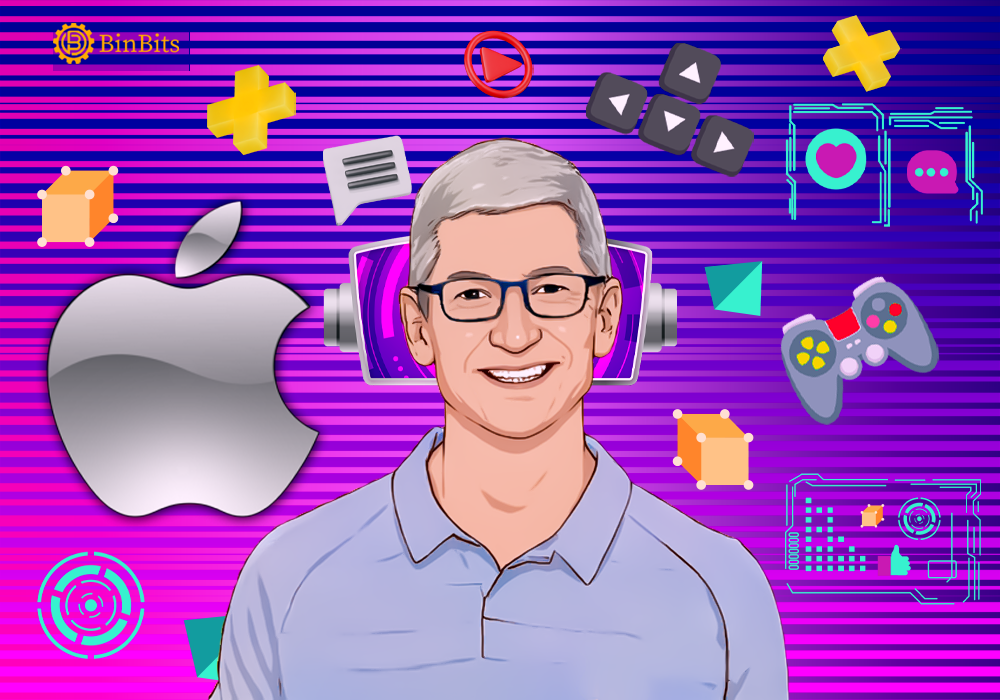 Apple Reveals Metaverse Plans, Stocks up by 5% In After-Hours Trade

Apple Inc. might finally jump into the metaverse world. During the Quarter 1 2022 earnings call, Apple CEO teased that the company has plans to venture into the Augmented Reality space.

During his conversation, Tim Cook revealed that the company plans to increase its AR apps in the future.

Currently, there are around 14,000 AR apps on the Apple Store. If we go by Cook’s comments, this number is likely to rise in the future.

Simply put, Metaverse means a virtual world that people can access with the help of the internet.

This virtual environment could offer users the chance to attend live concerts, socialize, and participate in video gaming.

While answering questions about metaverse plans, Cook said that Apple sees a lot of potential in the space and will invest accordingly.

In the past, Apple Analyst Ming-Chi Kuo disclosed that the company has plans to introduce an AR headset in 2022. Apparently, the headset will allow users to interact with the Metaverse.

However, Bloomberg reported that the AR headset would be delayed due to hardware and software challenges.

According to rumors, AR glasses are also in the works. However, the company has not officially announced these plans.

Tim Cook also said that the company is looking to explore emerging technologies.

He says, “I have spoken at length about how it is very interesting to us right now.”

Also Read: 3Space Art Kicks Off “Enter the Void,” the First NFT Art Exhibition Held Simultaneously in a Physical Gallery and the Metaverse

Immediately after the 2022 Q1 earnings call, Apple stocks’ were up by nearly 5% in after-trade hours.

The company’s quarterly profit and sales have also helped bump up the stocks.

Apple is not alone in its Metaverse plans. Companies like Meta have already jumped on the train to the Metaverse station.

Also, Cook mentioning the AR apps is not surprising.

The company has been pushing for mainstream AR for some time now. Evidently, the addition of LiDAR to the iPad Pro and iPhone Pro reveals their plans for the future.

Apart from service revenue, the company also added about 785 million subscribers to its list of paid services.

These paid services include streaming music and playing games. Furthermore, this is an increase from last years’ 620 million subscribers.

2022 can be a big year for companies looking to launch their Metaverse plans. Meta, Google, Microsoft, and Apple are gearing up to release new software and hardware services.