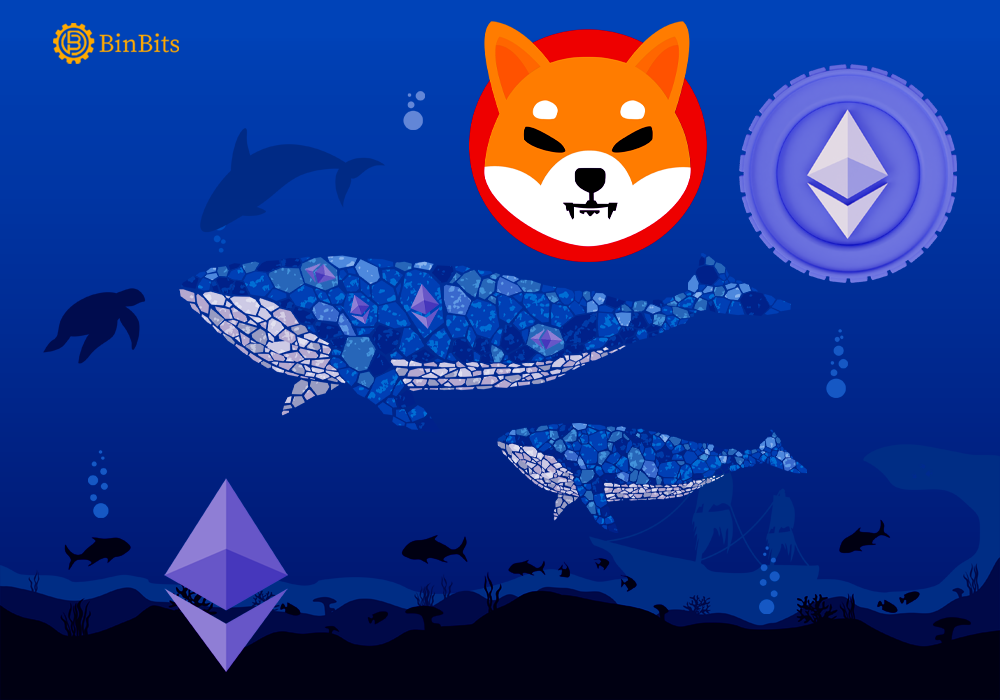 Why Ethereum Whales are hunting for SHIB

Ethereum Whales are increasingly opting for the Shiba Inu (Coin) with a massive amount of procurement lately. Reports have constantly shown how gladiators are eating up a huge accumulation of the token. The reasons are not far-fetched, and it must have spurred on the minds of many, the reason for the craze.

About late last year, a popular ETH monitoring platform WhaleStats revealed that an ETH whale acquired 54 billion SHIB. The heavy investment contributed massively to the $2 million increase in value of the token.

Early this year, the platform furthermore revealed a massive purchase of SHB during a time the token experienced a price plunge. The report manifested how two different Ethereum whales, purchased over 106 billion SHIB. WhaleStats discovered two hefty transactions, one carrying 51,796,042,392 SHIB and the other transferring 54,345,553,998 SHIB. These transactions were worth $1,084,609 and $1,067,346.

However, while other transactions had taken place recently, the massive exodus has heavily contributed to the growth of the token. About last week, the SHIB recorded a massive growth in its number of holders. The coin now boasts of having over 1.18million with a 3.25% price increase within the last few hours.

The SHIB market cap is now valued at $13,812,710,128.39 with a low market dominance of 0.81. At this point, it is indeed glaring to a noticeable extent that the token has hugely benefited from this trend. Before now, the token hasn’t lived to the expectation of being a true Doge killer, but the recent surge might help. Questions and concerns should manifest about how Ethereum Whales are suddenly hunting for SHB.

One of the major reasons why Ethereum Whales are Hunting for the SHIB token is due to its current price. Late last year, the token price plunged to $0.00002031, which makes it a lucrative option to bank on. The low price influenced these Ethereum Whales to invest heavily on a long-term plan to grow its price. The idea revolves around the scope of acquiring voluminous portions during the dip and then recording a massive growth later on.

Furthermore, the proposed Shiba Inu metaverse project has earned the token the record of being the first crypto with a metaverse project. After announcing the proposal of “Shiberse” via its official Twitter page on January 25, 2021, the Shiba Coin has recorded a vast price recovery.

The project will place SHIB side by side with well-known metaverse projects like the SAND and Decentraland. The project will facilitate an incredible essence for SHB holders to explore the beauty of the virtual world.

Additionally, the emerging regulatory framework of crypto around the globe can be another reason for the development. Leading Nations are gradually embracing the industry, while some had moved to legalize it within the country.

The big investors are hoping SHIB could benefit from such gestures in years to come. This implies that if a certain country or countries could move to legalize SHB, it will facilitate more usage be circulation. More circulation and adoption automatically implies an upward growth of the coin.

The SHIB token is currently enjoying a romance with Ethereum Whales and it seems like a match-made from heaven. The impending dangers are sternly tied to the volatile nature of cryptocurrency at large and SHIB isn’t left out. A change of mind by these Whales can plunge the token into an age-long crisis. Once they start selling off their possessions in SHB, the price value of the token will drastically drop leaving it to start from scratch.