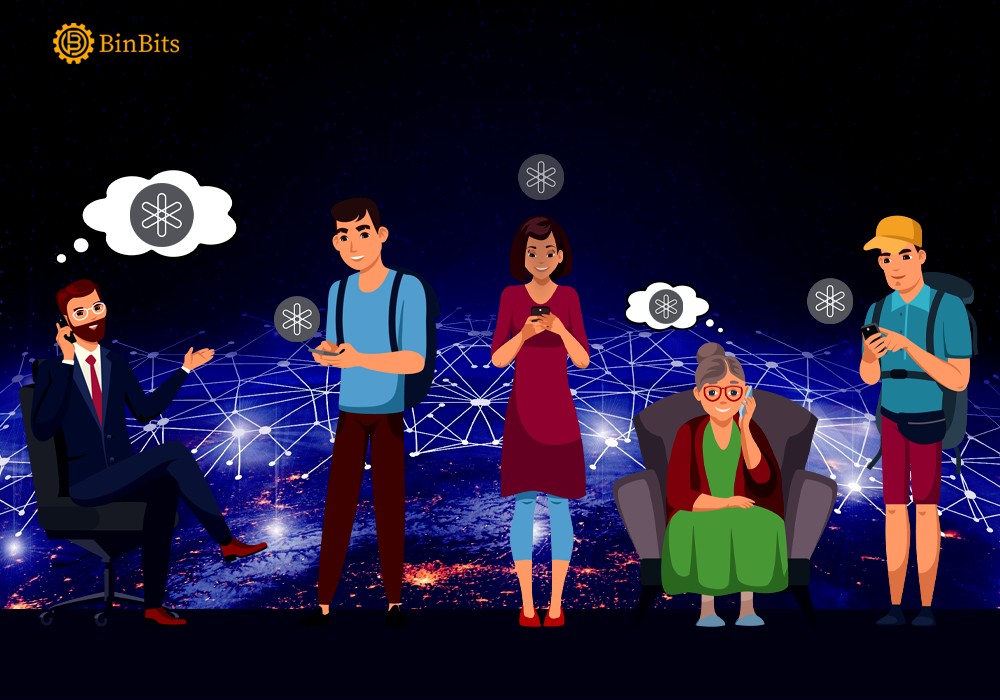 What is DENT coin?

DENT coin is a cryptocurrency with one goal in mind i.e to reduce the cost of roaming mobile phone calls and data consumption. Tero Katajainen, the company’s CEO and founder, portrays the development of it as a payment method for DENT Wireless back in 2017.

Dent coin is attempting to decentralize mobile data by allowing users to exchange/trade their idle data via the Dent Platform on the Ethereum blockchain. Dent’s developers are working hard to ensure that it becomes a global ecosystem for exchanging mobile data in the near future.

It’s necessary to comprehend the realm of telecommunications before diving deeper into DENT coin (telecom). In an increasingly international world, the establishment of income patterns is being upside down, making the space unstable. Global travel and data usage are increasing. Also, telecommunications companies are fighting to stay afloat. There is currently no really global telecom service on par with OTT competitors such as Google, Facebook, and WeChat.

Furthermore, DENT coin fills a gap in the market for consumers who are bound to a single regional provider. It is limiting their purchasing and usage options. Customers lose upwards of $4 billion in mobile data worth each month. It raises concerns. DENT coin provides a single data marketplace for telco operators to communicate with a worldwide user base. This allows telcos to participate in the disruption rather than interruptions by themselves.

The Dent coin powers this exchange. It accepts data bundles in the form of Ethereum-based smart contracts. As a result, the market has seen evolution into the ultimate de-facto standard. It is for trading various mobile data bundles. In the near future, the exchange has the potential to become an essential technique for analyzing the floating price of mobile data. Existing data rates can be set by the easy interaction of an increasing number of telcos and end-users in a market-driven manner. It lays the groundwork for enhancing transparency, competition, and improving data management.

Data roaming is a significant business for the telecoms industry. It is evident that most mobile providers in the UK have again introduced European roaming fees.

Despite leaving Continental Europe to take advantage of its liberal cross-border data usage. Global travelers still have to pay exorbitant roaming charges. Also, slow network speeds as a result of data through their home country. This is when DENT enters the picture. The initiative has the aim of permanently fixing this issue. “DENT coin supports the reduction of data-roaming cost drivers. For example, expensive routing between telecoms,” according to the white paper.

The DENT coin, a cryptocurrency based on the ERC-20 standard that went through an initial coin offering (ICO) in 2017, lies at the heart of this technology.

DENT does not intend to take the place of your current provider. Instead, it’s meant to be a companion, allowing travelers to smoothly move between their traditional telecoms provider and the decentralized DENT network as needed.

Is it possible for DENT coin to make a dent in the $835 billion global mobile telecoms market? It may not be aiming for it, but given the billions of dollars of idle data due to expiring contracts, the corporation plainly sees a virtually limitless opportunity.

As we know, the DENT coin is an Ethereum-based token that serves as the backbone of the DENT network. DENT is in use to buy and sell wireless data on the DENT app and is currently valued at 0.0057 to the US dollar.

DENT has pledged one billion DENT tokens to help developing nations achieve the UN Sustainable Development Goals (UN SDGs). It was part of its ‘Gigabytes for Africa’ program.

So, how do people get on the DENT network? They must first download the DENT app, following which they will be able to purchase DENT. Users must first choose a country-specific voice plan, which is currently available in 50-minute, 100-minute, and 200-minute increments.

The front-end experience is, in general, very user-friendly. The DENT Voice, e-SIM, and marketplace tabs are simple to use, and DENT tokens can be purchased and used for your preferred plans. Making calls is simple, and buying and selling data is simple as well.

The true test will be how effectively this unique platform handles increased user traffic. Problems could arise if data demand exceeds market supply, and unrealistic package sizes on the data market could also be a major issue.

Thankfully, DENT Voice plan rates are pegged to the US dollar rather than the DENT coin price, preventing your plan from being upset by DENT coin value swings. Following is all we should know about the DENT coin app.

Dent had been making modest but steady progress until recently by making it simple to send data top-ups to Verizon and AT&T customers in the United States, as well as Telcel and Movistar consumers in Mexico. DENT Wireless has introduced new countries and carriers to its iOS and Android versions. These include India and Brazil. This seemingly insignificant action has resulted in a large increase in DENT’s market valuation by increasing the number of tokens in circulation and, as a result, the price per token.