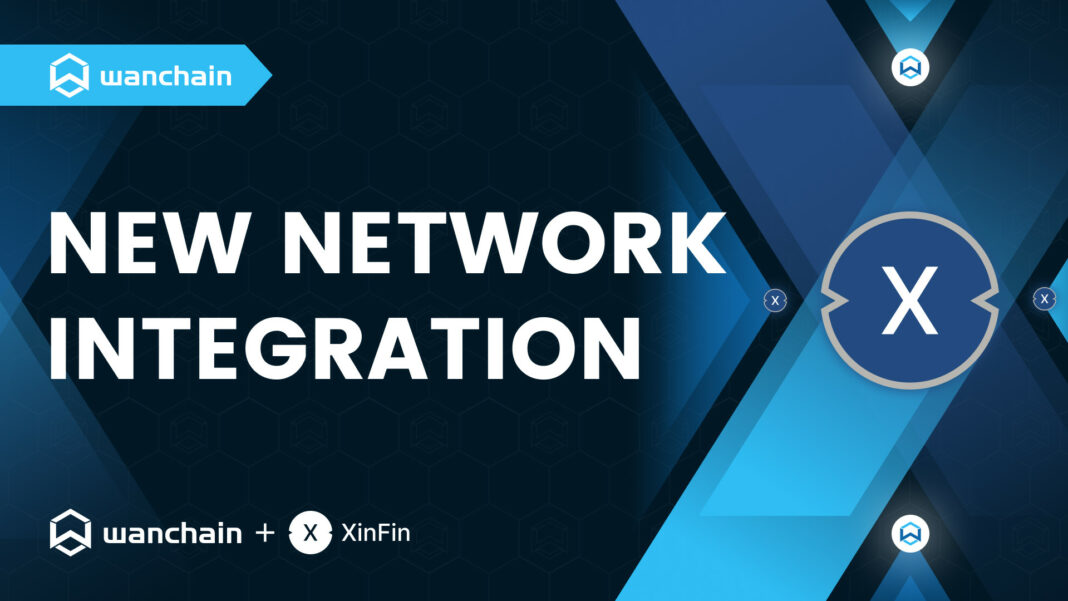 XinFin, a third-generation, hybrid blockchain that aims to enhance synergies between private and public blockchain development, is deploying bridges for its XDC token in collaboration with DIMO and Wanchain.

The bridges will initially link XDC to BNB Chain, Polygon, Avalanche and Wanchain, with plans for Wanchain to provide XinFin with continuous support by introducing BTC, ETH, WAN and others assets to XinFin’s growing ecosystem. XinFin’s growth partner, DIMO, is promoting the need for XDC on other chains while also developing use cases for Wanchain wrapped assets on XinFin.

XinFin currently represents one of the most competitive blockchains, with the objective of building a decentralised network that is able to facilitate global finance. Being hybrid and permissioned, XinFin provides a fast, efficient and convenient blockchain that aims to facilitate blockchain adoption by private organisations and public institutions.

Wanchain, with its unmatched crosschain infrastructure, becomes critical to XinFin’s expansion. Since 2017, Wanchain has been working to develop the world’s premier interoperability solution by building a wide area network of blockchains. Currently, Wanchain connects more than 15 Layer 1 and Layer 2 networks including but not limited to Arbitrum, Avalanche, Bitcoin, Ethereum, Litecoin, XRP Ledger, Polkadot, and XRP Ledger and now XinFin. To begin, Wanchain will connect XinFin’s XDC to Avalanche, BNB chain, Polygon and Wanchain’s own Layer 1 blockchain. Wanchain’s platform offers complete connectivity to the blockchain ecosystem of every chain it supports, providing decentralised direct bridges that allow users to join dApps on any target chain.

“XinFin was born with the intention of reaching what others were not able to. In a world where technology, time and efficiency become more and more essential, XinFin aims to build a network where enterprises and governments can seamlessly use blockchain resources”, says Atul Khekade, co-founder at XinFin. “That is why the collaboration with Wanchain, to bridge XinFin to other platforms, is of crucial importance to achieve the objective of a decentralised and effective global system.”

XinFin’s partnership with DIMO helps bolster the business development aspect of this collaboration. DIMO, along with XinFin, was founded to incentivise digitization and data collection through the use of blockchain. Along with this, DIMO and XinFin have been monumental together in growing the retail adoption for the blockchain.

XinFin is an enterprise-grade, EVM-compatible, hybrid blockchain, equipped with public and private states and interoperable smart contracts. It modernizes the global trade and finance sector through an accessible, efficient, and highly versatile decentralized infrastructure solution. XinFin is designed to complement the legacy financial ecosystem by providing a permissioned blockchain that governments, enterprises and private firms can use to overhaul their tech stack and power a range of novel use cases. XDC is the fuel token of the XinFin network. Much like Ethereum’s Ether (ETH), it is used for paying transaction fees and smart contract operations